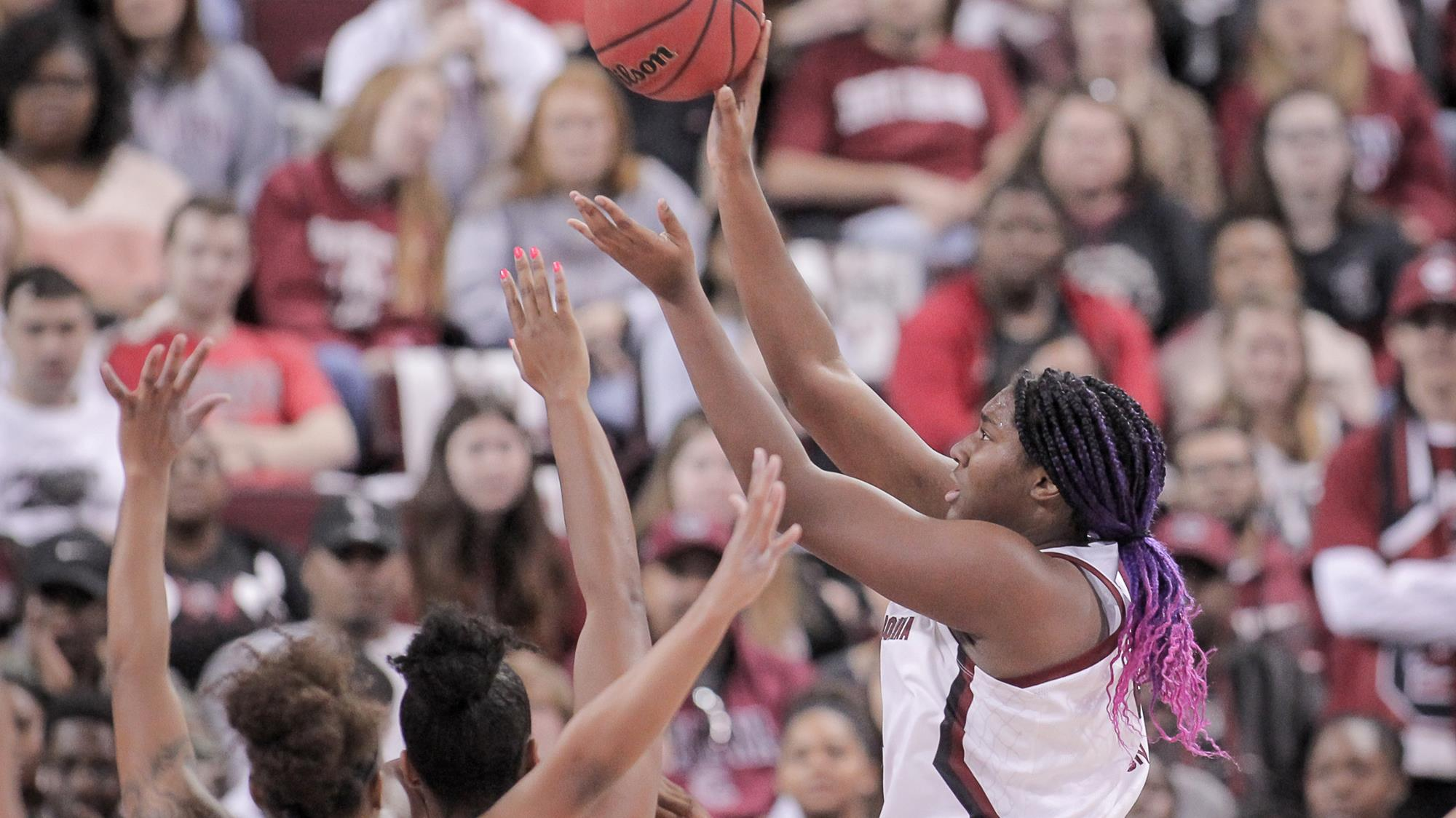 Boston stamped her authority on college basketball right out of the gate, posting the first debut-game triple-double in NCAA Div. I history. She broke four South Carolina freshman season records and four program single-game records. In addition to her individual national awards, she was an AP Second-Team All-American, the SEC Defensive Player of the Year and Freshman of the Year and just the second Gamecock to earn All-SEC First-Team honors as a freshman. Boston finished sixth in the nation in field goal percentage (.608) and 21st in blocks per game (2.61). She recorded 13 double-doubles, including seven in 14 games against ranked opponents. Averaging 12.5 points and 9.4 rebounds for the season, she averaged a double-double in SEC play (13.1 ppg/10.3 rpg) and against ranked opponents (13.0 ppg/10.9 rpg).

The Gamecocks are slated to open the 2020-21 season on Wed., Nov. 25, at Colonial Life Arena against College Charleston. With COVID-19 regulations limiting capacity at Colonial Life Arena to 3,500, South Carolina has already sold out of tickets for the season, but plenty of opportunities for fans to engage with the team and participate in game day remain. Fans can join the G-Hive, which this season includes access to live video streams of practice periodically throughout the regular season in addition to three theme-based t-shirts and a facial covering and a 2021 calendar, for $100. Game-day opportunities include purchasing a cutout to sit in a seat at Colonial Life Arena, participating in a Virtual Sellout or supporting the team from home with a Basketball Watch Party Pack, which includes a rally towel, 3-point cards and an exclusive link to watch the team’s intro video.

Stay tuned to GamecocksOnline.com and the team’s social media accounts (@GamecockWBB) for more information on the 2020-21 season ahead.