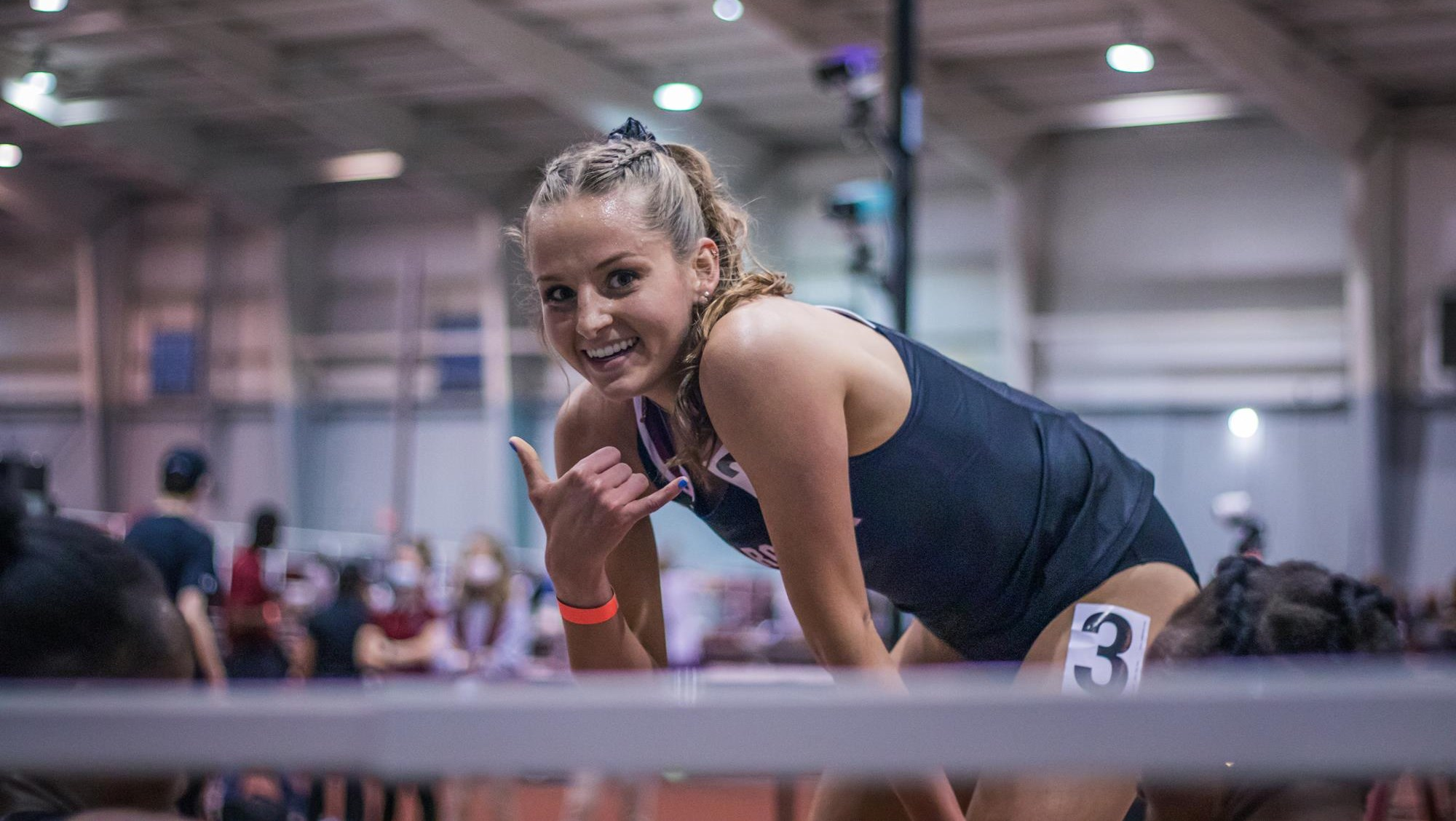 COLUMBIA, S.C. – The University of South Carolina track and field team hosted a number of Power 5 programs at the Carolina Challenge at the Carolina Indoor Track and Field Complex on Saturday. Ten facility records were shattered during one of the most high-quality meets the Gamecocks have ever hosted at the three-year old facility.

“What really stood out today was just the quality of this track meet. This was a world class meet,” head coach Curtis Frye said. “Some of our kids got introduced to what world class looks like and some of them can see they can fit into that category. Our team had some great performances today, we had [Christian Lewis] go 25 feet in the long jump today and he’s just a freshman. He said he was going to do that, and he did it. I loved the courage Hayden Cobbe showed in the 800m, coming through at 51 seconds, I like that. Then Alysia Johnson runs a 23.7 split on the way to a 400m PR; showing the courage to go out and put herself in the position to put down a fast time is just great.”

The Gamecocks saw four individuals either move up or improve their all-time program top-10 marks during the meet. Heather Stone’s 9:51.88 performance in the 3000m moved her the No. 6 on the list, breaking her previous indoor PR by about four seconds. Freshman Christian Lewis improved his PR by nearly six inches during the men’s long jump to finish in third, pushing his sixth-best leap in school history slightly up the all-time top-list. KD Young’s mark of 17.79m in the weight throw cemented her spot at No. 10 on the Gamecocks’ indoor list while Destinee Rocker’s second-place 60m hurdles time of 8.19 separated herself from teammate Caitlyn Little at the No. 6 spot in school history.

“I felt really good today, I think coming out for my first race of the season and coming out with that time is good, seeing improvement year in and year out,” Stone said. “I’m really excited for the season ahead and just get back to racing – I’m really thankful for that. In a couple of weeks I’ll do a 5K, and we’ll see where I am with that before working up to the 10,000m for outdoor SECs.”

Carolina’s women’s 400m squad proved why it is still one of the deepest groups in the country with a 4x400m relay time of 3:36.19, winning the event over the likes of Florida, Mississippi State, Alabama and Auburn. Led off by returning All-American Knowledge Omovoh, the freshman group of Alysia Johnson, Rachel Glenn and Ashton Lindley combined to post the eighth-fastest time in the country. The Gamecocks are sure to still have more room to improve with three more meets remaining on the schedule and the likes of Stephanie Davis, the 2020 SEC 400m indoor runner-up, to still make her mark on the relay this season.

Individually the Gamecocks 400m crew finished second, third and fifth, respectively. Johnson was the first Carolina 400m runner to cross the finish like in a PR of 54.00 while Omovoh’s PR of 54.36 and Lindley’s PR of 54.74 helped the Gamecocks dominate the event overall. On the men’s side it was sophomore EJ Richardson who posted a top-five time of 47.55 while William Spencer Jr. improved his season-best time to 47.58 to finish in sixth.

Hayden Cobbe sprinted his way out to an early lead in the 800m before finishing in 3rd in a season-best time of 1:52.80 while KD Young (Women’s Shot Put), Jackson Marseille (Men’s High Jump), Glenn (Women’s High Jump) and Malik Paul (Men’s Weight Throw) all finished in the top three of their respective events.

Carolina will experience its first road test of the 2021 track and field season when they travel to Clemson, S.C., for the Bob Pollack Meet on Jan. 29-30. The two-day meet will be the first of the season for the Gamecocks before the team returns home on Feb. 5-6 for the South Carolina Invitational.

For more information on the Gamecocks, continue to check back with GamecocksOnline.com. Subscribe to South Carolina on Stanza to get schedule updates directly in your calendars. Keep up with Carolina track and field on Twitter and Instagram (@GamecockTrack) and on Facebook, so you do not miss any content during the 2021 season.