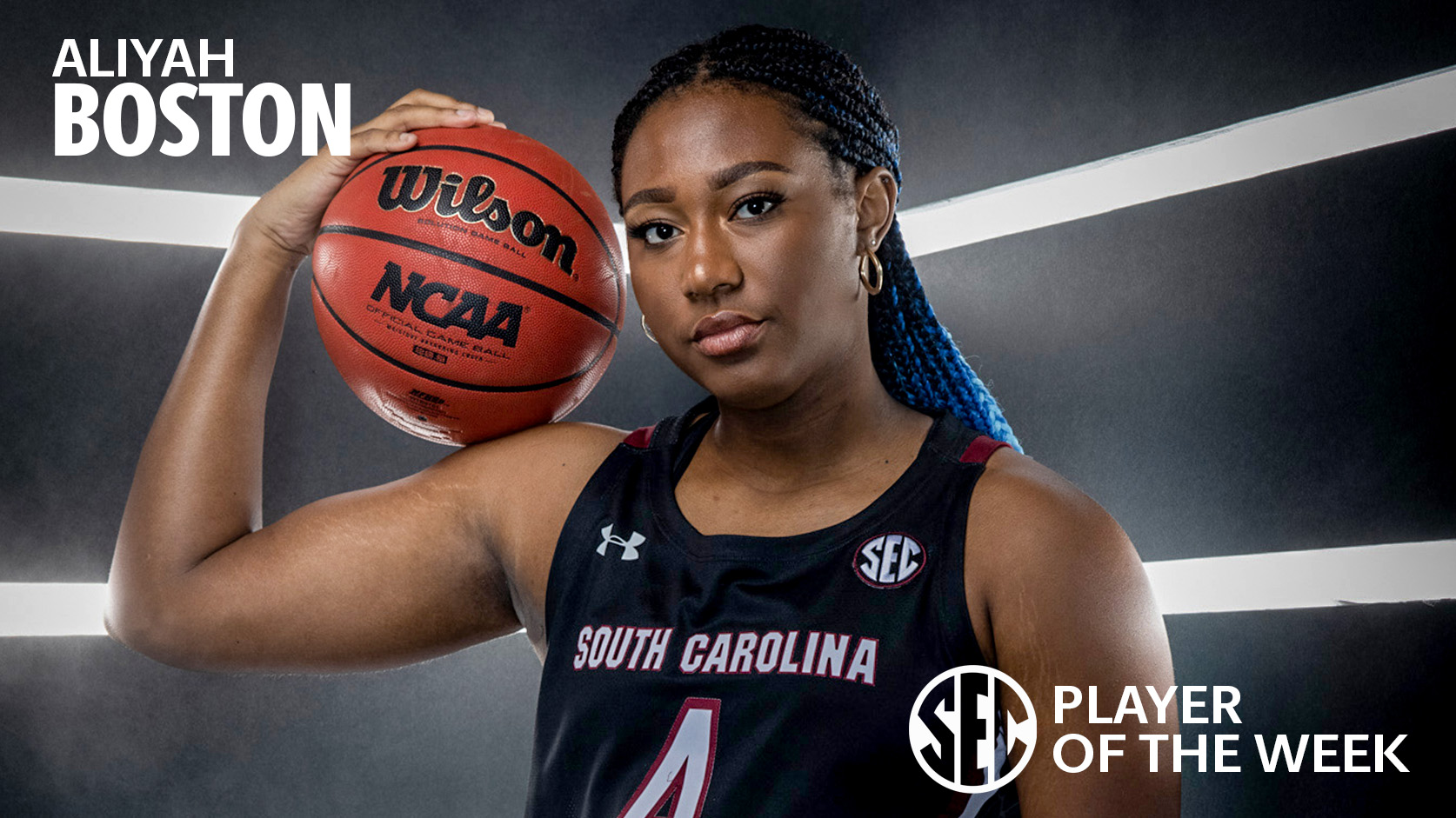 COLUMBIA, S.C. – For her efforts in a pair of Gamecock victories, South Carolina women’s basketball sophomore Aliyah Boston earned SEC Player of the Week honors, the league office announced today. Boston, who captured ESPN Player of the Week honors on Monday, averaged 18.0 points, 12.5 rebounds and 5.5 blocks in last week’s wins over #22/23 Georgia and at LSU. It is her second weekly recognition from the SEC this season.

Boston opened the week with the program’s first triple-double against an SEC opponent and first against a ranked team with her 16 points, 11 rebounds and 10 blocked shots against #22/23 Georgia. It was her second career triple-double, making her the first Gamecock to achieve the feat multiple times in her career, and just the seventh triple-double in SEC regular-season history.

The unanimous AP Preseason All-American extended her streak of double-digit rebound games to seven with her double-double at LSU Sunday and turned in her fourth 20-point SEC game of the season, including three in the last five outings.

The #4/3 Gamecocks current sit atop the SEC standings with a 7-0 league record and have won 23 straight SEC regular-season games dating back to last season. South Carolina is back in action on Thu., Jan. 28, at # 21/19 Mississippi State with a 7 p.m. tipoff on ESPN.