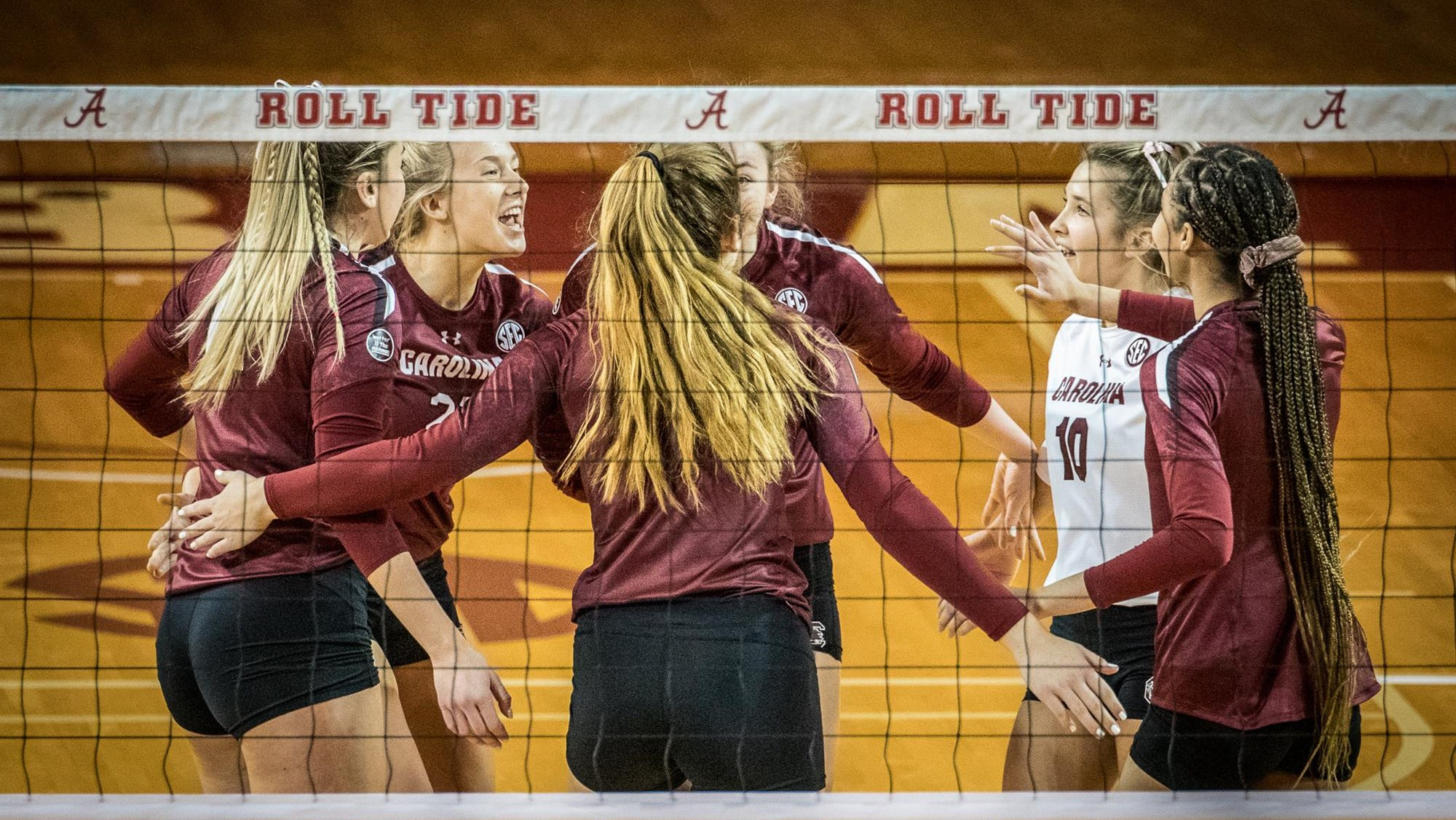 SET ONE: South Carolina’s offense didn’t miss a beat from the two-month break from action, building a big lead early in the opening game and earning a 25-17 win. Mallory Dixon kicked off the set with a 4-0 run off her serve, and that margin quickly grew to 11-3 before Alabama was forced into its first timeout. The lead went as high as 11, 22-11, before a Tide run at the end settled the final tally. The Gamecock offense enjoyed a .303 to .118 advantage in hitting percentage, with Kyla Manning and Riley Whitesides chipping in five kills apiece.

SET TWO: Limiting unforced errors was the key storyline in the opening set, but the script was flipped in Alabama’s favor as the home side evened the match with a 25-22 score in the second. After six attack errors in set one, South Carolina committed nine while the Tide had just one unblocked attack error. The pin attack fell off from the left side for Carolina; Manning and Whitesides went from 10 kills combined in the first set to just four in set two.

SET THREE: The home side looked to earn the advantage with a win in the third, taking an early 12-8 lead. South Carolina used its net defense to score seven of the next 10 points, with three blocks – two assisted by Mikayla Robinson – to get back in contention. After an Alabama kill tied the score at 15, a 4-0 run aided by kills from Riley Whitesides and Gabby Brown pushed the Gamecocks ahead for good. The Tide hit just .094 with six unforced attack errors in the game, four of which came in stretch where Carolina pushed ahead from 16-15 to 22-17. Whitesides moved into double-digit kills during the set, with four more pushing her up to a team-high 11.

SET FOUR: A big boost off the bench keyed the team in the final set of the afternoon, winning the fourth 25-22 to cap the match. Gabby Brown put away three kills as a substitute in the set, joining with Moorman to combine for five kills on eight swings without an error to bolster an offense that hit just .137 in the set outside of the duo’s contribution. Blocking again was a crucial factor, holding a 5-2 advantage over Alabama in the set with solo blocks from Moorman, Robinson and Ellie Ruprich. The Tide were able to draw within one point a number of times down the stretch, using a block to get back to 22-21, but a pair of kills from Robinson and an attack error closed the match.

QUOTABLE
Head Coach Tom Mendoza
“I loved the way we came out in the first set, we were pretty crisp but maybe we were being rewarded a little too much when we were doing things right because a little adversity came in the second set and our compete factor wasn’t quite there yet. We eventually responded to it in the third and fourth set but we’d like to be a little cleaner with that and hopefully it gives us something to work on for tomorrow.”