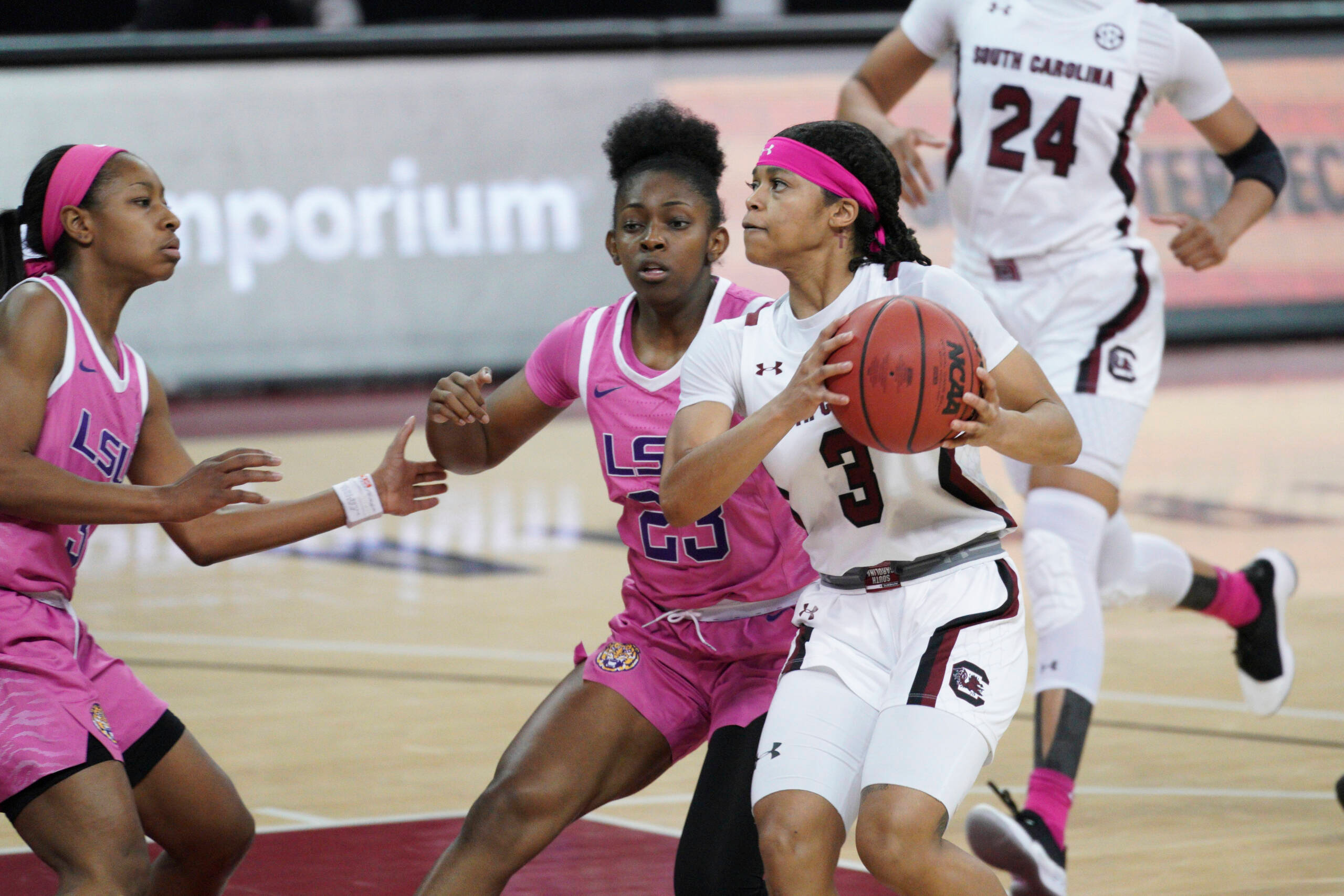 The Gamecocks (17-2, 12-0 SEC) haven’t lost in league play since falling to Arkansas in the SEC Tournament quarterfinals in March 2019.

Boston finished with her 10th double-double this season and 23rd of her career as South Carolina won its 12th straight over LSU. Zia Cooke added 13 points for the Gamecocks.

Jailin Cherry had a career-high 19 points to lead LSU (8-10, 6-6). Faustine Aifuwa had 11 points and 12 rebounds, her ninth double-double this season for the Tigers.

Henderson had her second consecutive standout performance after she acknowledged her failures – the junior point guard had eight turnovers – in a 63-59 overtime loss at No. 2 UConn on Monday night that likely will drop South Carolina from the top spot when the new rankings come out Monday.

Henderson, who had seven points during a decisive third-quarter run in Thursday’s win over Missouri, picked up where she left off against LSU.

The Gamecocks used a 12-0 run and some tight defense in the opening quarter to build a big lead that LSU could not overcome. The Tigers trailed by 18 in the third quarter before getting within single digits at the end.

Cooke started the run with a jumper and two foul shots. Henderson hit a basket and Boston followed with two inside shots before Henderson scored the next five points.

Henderson kept the pressure on LSU with a sweet driving, left-handed layup and a long 3 as South Carolina went up 27-13.

LSU struggled to hit shots, missing eight straight during one stretch. The Tigers were sloppy handling the ball, too, with 11 first-half turnovers.

LSU: The Tigers have lost their past three games and fell to 1-4 against ranked teams. Things don’t get easier the final two weeks of the regular season; they face ranked opponents Kentucky, Arkansas and Mississippi State down the stretch.

South Carolina: The Gamecocks seem to have put away the disappointment of losing to UConn and are focusing on their goal of more SEC titles in the regular season and upcoming tournament next month.

The SEC regular-season win was the 150th in Gamecocks coach Dawn Staley’s 12 seasons. She tied Texas A&M coach Gary Blair for the most league wins among active coaches.

KEY STAT
Carolina dominated on the glass, outrebounding LSU 49-32, and held a 19-10 advantage on the offensive end setting up 23 second-chance points compared to seven for the Tigers.