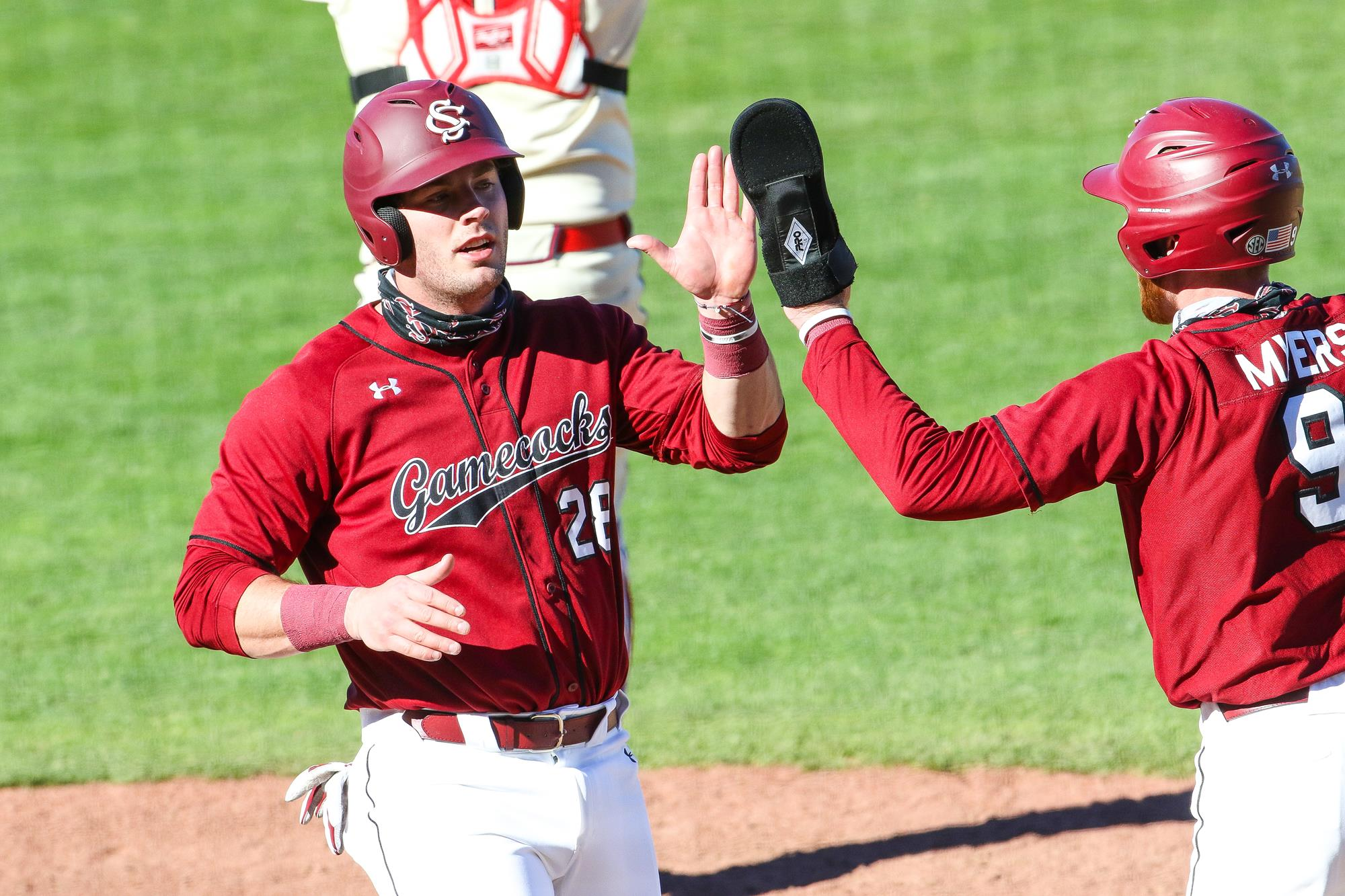 Baseball's Clarke Named NCBWA's Player of the Month for February

DALLAS, Texas – University of South Carolina junior Wes Clarke has been named the National Collegiate Baseball Writers Association’s (NCBWA) National Player of the Month for the month of February, the organization announced recently.

Clarke had a first six games to remember to start the 2021 season. The two-time SEC Co-Player of the Week and National Player of the Week went 14-for-22 with eight home runs, 17 RBI, 40 total bases, 14 runs scored, two doubles and nine walks. Clarke hit two home runs on Feb. 20 against Dayton and had three in the 12-4 win over Winthrop. It was the first time a Gamecock had three home runs in a game since Justin Smoak had three against USC Upstate on April 15, 2008. The junior then had two home runs, including a three-run shot, in the win over Clemson on Feb. 28.

Clarke currently is hitting .556 with a .700 on-base percentage and a 1.519 slugging percentage. He has 13 walks and 17 runs scored to go along with the eight home runs and 41 total bases.