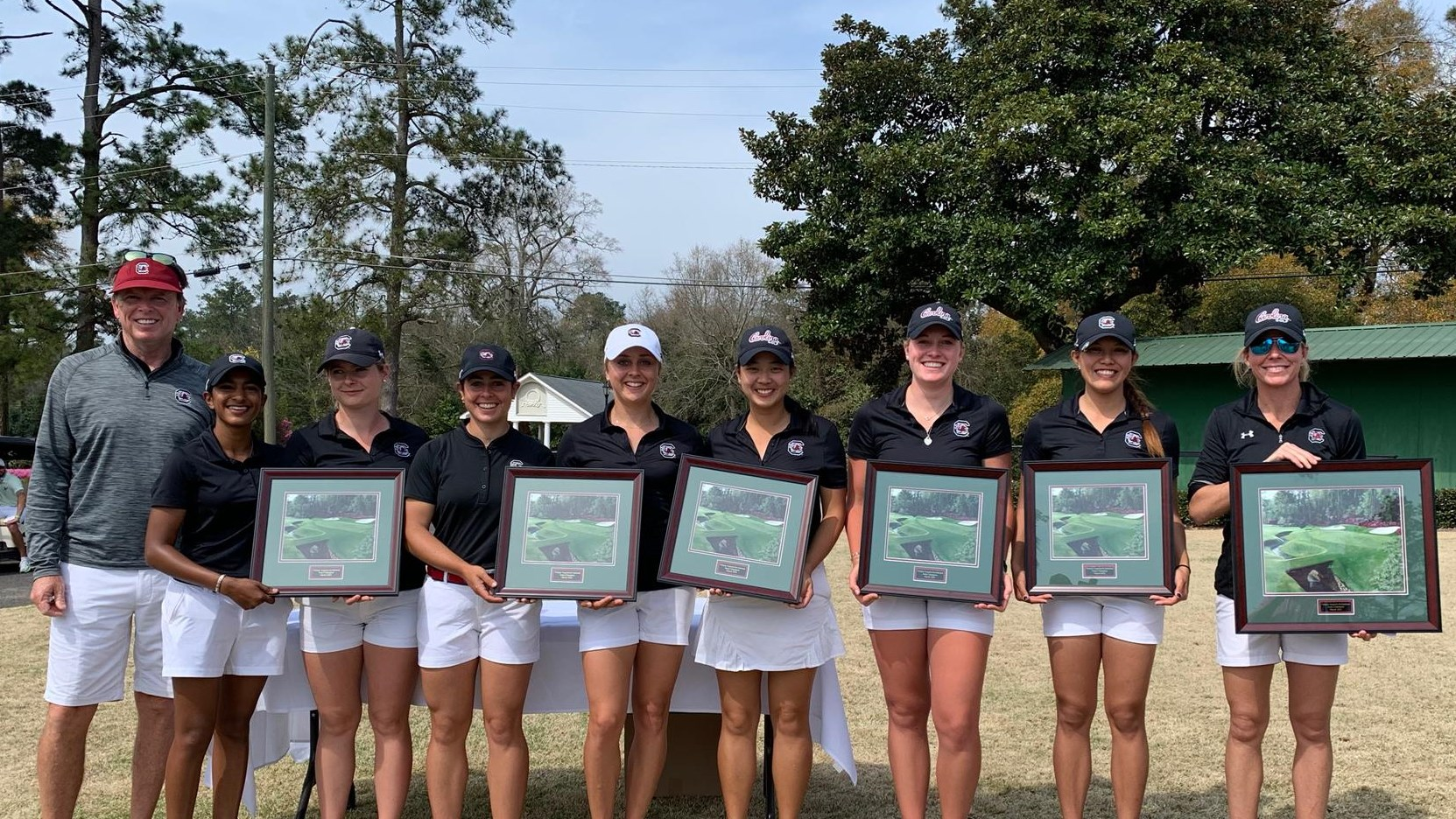 AUGUSTA, Ga.  –  Sophomore Pauline Roussin-Bouchard continued her historic season by notching the lowest 54-hole tournament score in program history to take individual medalist honors as she led the No. 3 South Carolina women’s golf team to a win at the Valspar Augusta Invitational on Sunday at the Forest Hills Golf Club.

The Gamecocks finished the weekend with a 30-under 834, breaking the previous record for lowest 54-hole tournament score – set earlier this season at the Moon Golf Invitational with a 24-under 840 – securing their third tournament win of the season. This marks the first time the Garnet and Black have won three tournaments in a season since the 2014-15 campaign.

Roussin-Bouchard sank eight birdies on Sunday on her way to a 5-under 67, finishing the tournament with a 15-under 201, the new lowest 54-hole tournament score in program history. The sophomore has spent the entire season re-writing the record book, starting her with her then record 14-under 202 at The Ally back in October. The French Phenom nearly tied that record in the first tournament of the spring, scoring a 13-under 203 at the Moon Golf Invitational. Roussin-Bouchard has claimed top honors at three tournaments this season, and four in her career.

Senior Ana Pelaez provided the boost the team needed to fend off the competition, finishing with a career low 10-under 206 and a tie for second place. Pelaez shot a 3-under 69 in the final round, including a birdie on her final hole to clinch the second-place finish. In her three tournaments this season Pelaez has finished tied for third, tied for sixth, and now tied for second.

Freshman Paula Kirner secured a career best finish for the second tournament in a row, tying for 17th with a 1-under 215 for the weekend. Senior Lois Kaye Go and sophomore Mathilde Claisse had strong weekends, both finishing with 1-over 217 scores, tied for 23rd.

“Really exciting day and finish today for the Gamecocks,” head coach Kalen Anderson said after the final round. “Really proud of this group. Pauline, Ana and LK, their finish was so key for us today. I always tell them ‘you got to finish strong’ and that’s what it was all about. They did an excellent job to get the overall team win. Great overall week, we had a great battle with Duke and Florida State, and Wake Forest snuck in there, it felt really good to get this one.”

The Gamecocks are back in action next weekend at the Liz Murphey Collegiate Classic, hosted by the University of Georgia. Action gets underway on Friday, March 19.