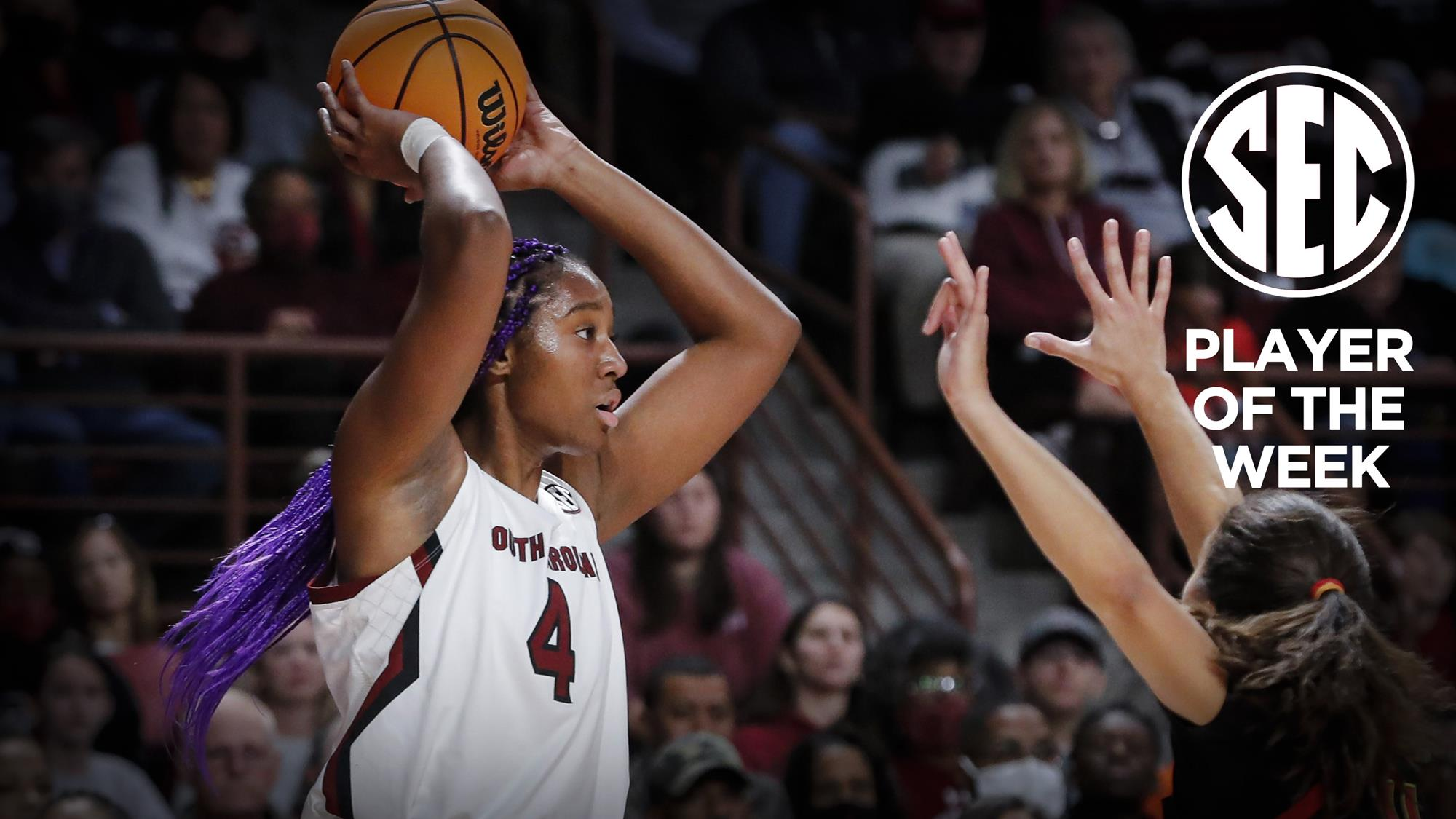 Boston was steady throughout the game but dominated the first and third quarters to put the Gamecocks in position for the 66-59 victory. In the opening 10 minutes she posted four points, four rebounds and two blocks to set the tone on both ends of the court. She scored six of her eight third-quarter points in the first three minutes of the period, including a strong inside move that ended a Maryland 7-0 run. That quarter saw her also grab three of her four rebounds on the offensive end and block three more shots. In the fourth, she snagged seven more rebounds and added two free throws, three rebounds and a steal in the final 9-3 surge that sealed the victory.

The result was her fourth double-double in the last five games, giving her 34 on her career, which leads all active SEC players.