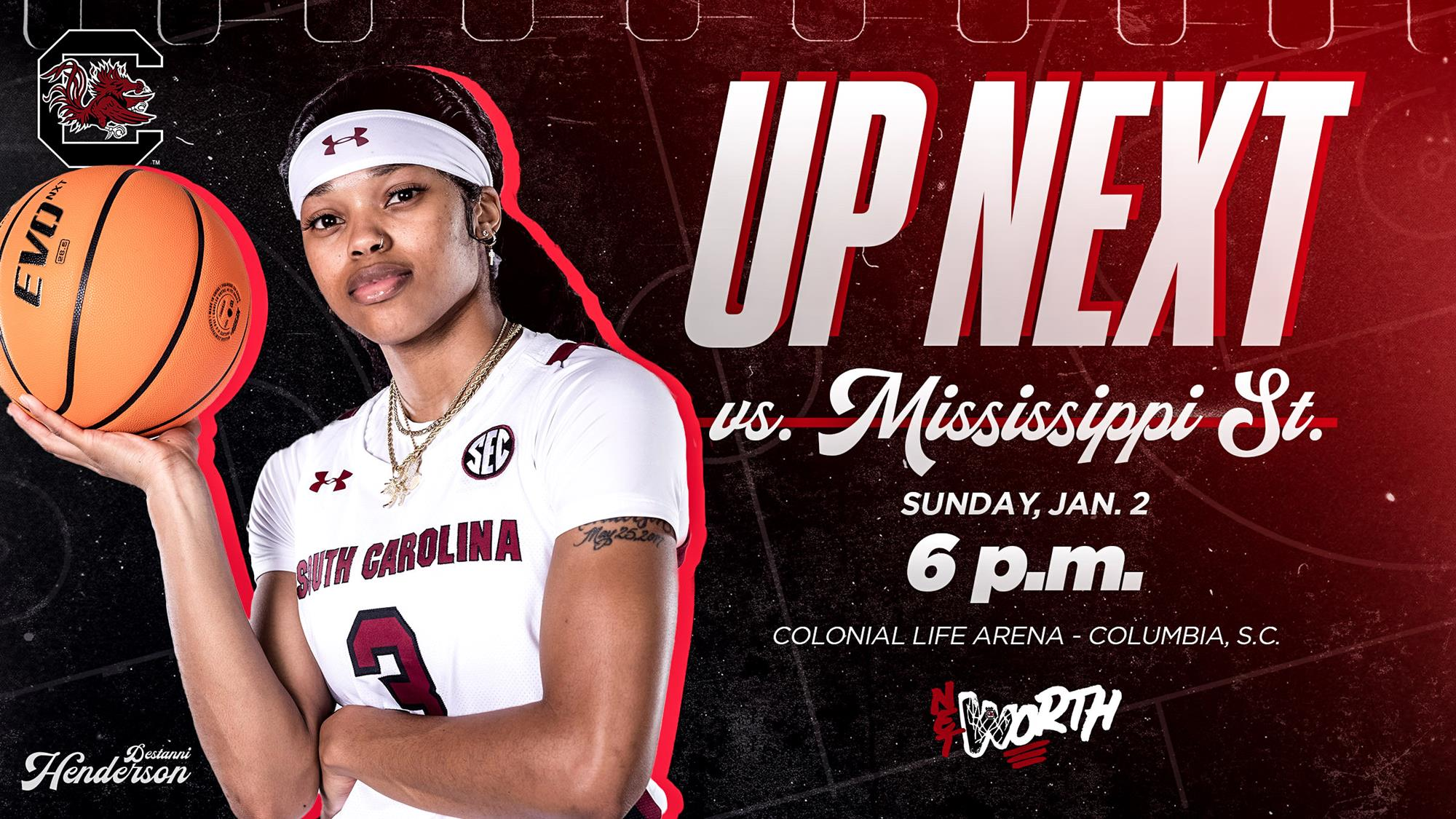 1 – The Gamecocks have been out-rebounded just once in their last 46 games dating back to the 2019-20 regular-season finale.

4 – Four Gamecocks are among the SEC top 15 in blocked shots per game – Boston, Cardoso, Amihere and Saxton.

6 – Junior forward Aliyah Boston has posted a double-double in each of the last six games. She has seven on the season.

The Mississippi State Series
South Carolina leads the overall series 24-19 and has won the last three meetings, snapping a two-game skid to the Bulldogs. In the last five meetings, the higher ranked team has prevailed.

The Gamecocks dominated the most recent meeting, a 75-52 win in Starkville on Jan. 28, 2021. After a tight opening period, the South Carolina offense ignited for 26 points in the second to take a commanding lead into halftime. Victaria Saxton posted a double-double with 13 points and 11 rebounds, while Zia Cooke netted 19 points.

The last time Mississippi State came to Columbia, the Gamecocks claimed an 81-79 victory on Jan. 20, 2020, as Cooke picked off the Bulldogs’ inbound pass with eight seconds to play to seal the victory.

Defensively, the Gamecocks have protected the paint, yielding just 21.8 points per game in that space for 41.6 percent of opponents’ offenses.

Great Gamecock Fans
South Carolina fans have led the nation in average attendance in each of the last seven seasons. With over 10,100 season tickets sold this season – the most since 10,221 were out in 2016-17 – that streak looks to continue for another year.

The Gamecocks’ home opener against Clemson (Nov. 17) drew 13,363 fans for the highest attended game in the NCAA so far this season, and South Carolina’s six home games are six of the top seven attended games in the country.

Excluding the COVID limited-attendance season of 2019-20, South Carolina has drawn at least 10,000 fans in 53 consecutive games dating back to the Nov. 10, 2017, season opener. In regular-season action (excluding NCAA Tournament games), the streak stretches to 88 games beginning on Jan. 2, 2015.