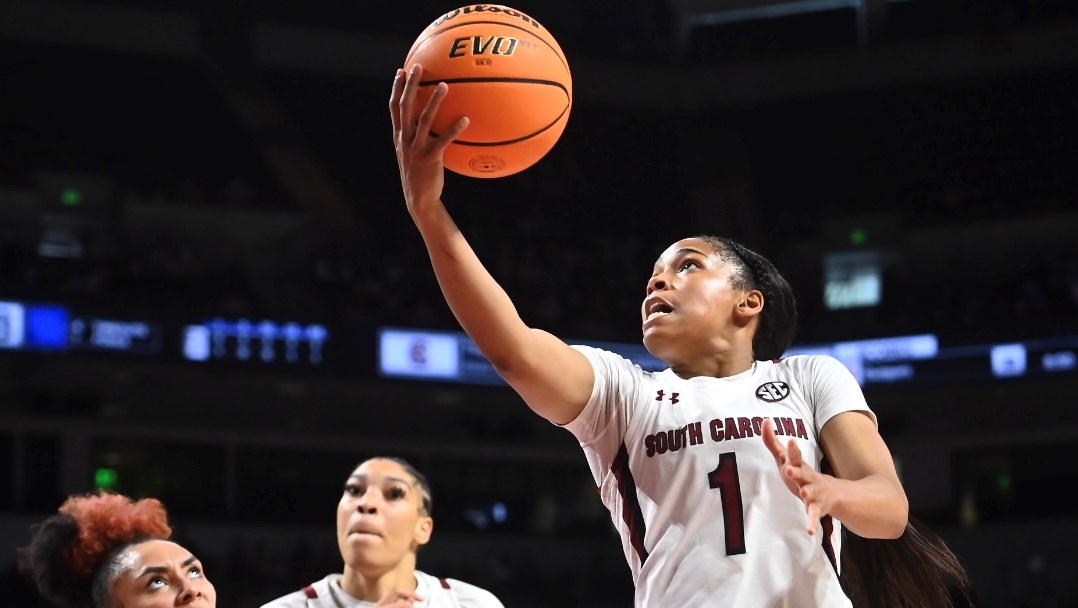 Boston leads No. 1 South Carolina to 74-54 win over Kentucky

by By PETE IACOBELLI / AP Sports

COLUMBIA, S.C. (AP) – Aliyah Boston had 18 points and 15 rebounds as No. 1 South Carolina improved to 8-0 against ranked opponents this season with a 74-54 victory over No. 21 Kentucky on Sunday.

Boston, the 6-foot-5 junior All-American, was nearly unstoppable around the basket – she had 10 points and eight boards by halftime – and matched the school mark with her ninth straight game with double-figure points and rebounds.

Boston added five blocks and helped on defense against Kentucky star scorer Rhyne Howard, who made the game’s first bucket but went on to finish 2-of-14 shooting for a season-low-tying nine points. Howard came in second in the Southeastern Conference in scoring, averaging 19.7 points.

Robyn Benton had 11 points for the Wildcats.

Kentucky came in off an 84-76 win over No. 15 Georgia this past Thursday and was firing quickly with four 3-pointers to take an 18-14 lead eight minutes in.

After that, it was all South Carolina, which outscored the Wildcats 27-9 the final 12 minutes of the opening half.

Boston’s inside basket to start the second quarter put the Gamecocks ahead for good and Cooke had two driving layups to extend the lead.

Freshman Bree Hall had a 3-pointer and another jumper while Victaria Saxton had a pair of putbacks. When Destanni Henderson hit a jumper with just over a minute left, the Gamecocks led by 16 points on their way to a 41-27 halftime edge.

For the Wildcats, Howard opened strongly with a decisive driving basket to go with four rebounds and three assists in the opening quarter. But Howard, who came in averaging nearly 21 points in her 32 career games against ranked teams, missed the final six shots of the half.

Her struggles continued after the break as Howard missed three of four foul shots in the third quarter. She led the team with eight rebounds and six assists.

UP NEXT
South Carolina finishes up a quick two-game home pit stop with a game against Texas A&M on Thursday, Jan. 13 at 7 p.m. The matchup with the Aggies (10-4, 0-2 SEC) will air on the SEC Network. Currently, A&M is ranked 25th in the country but have dropped both of its conference games to start the new year, losing at LSU and at Tennessee. It is opening its home SEC schedule Sunday at 3 p.m. ET against Florida.