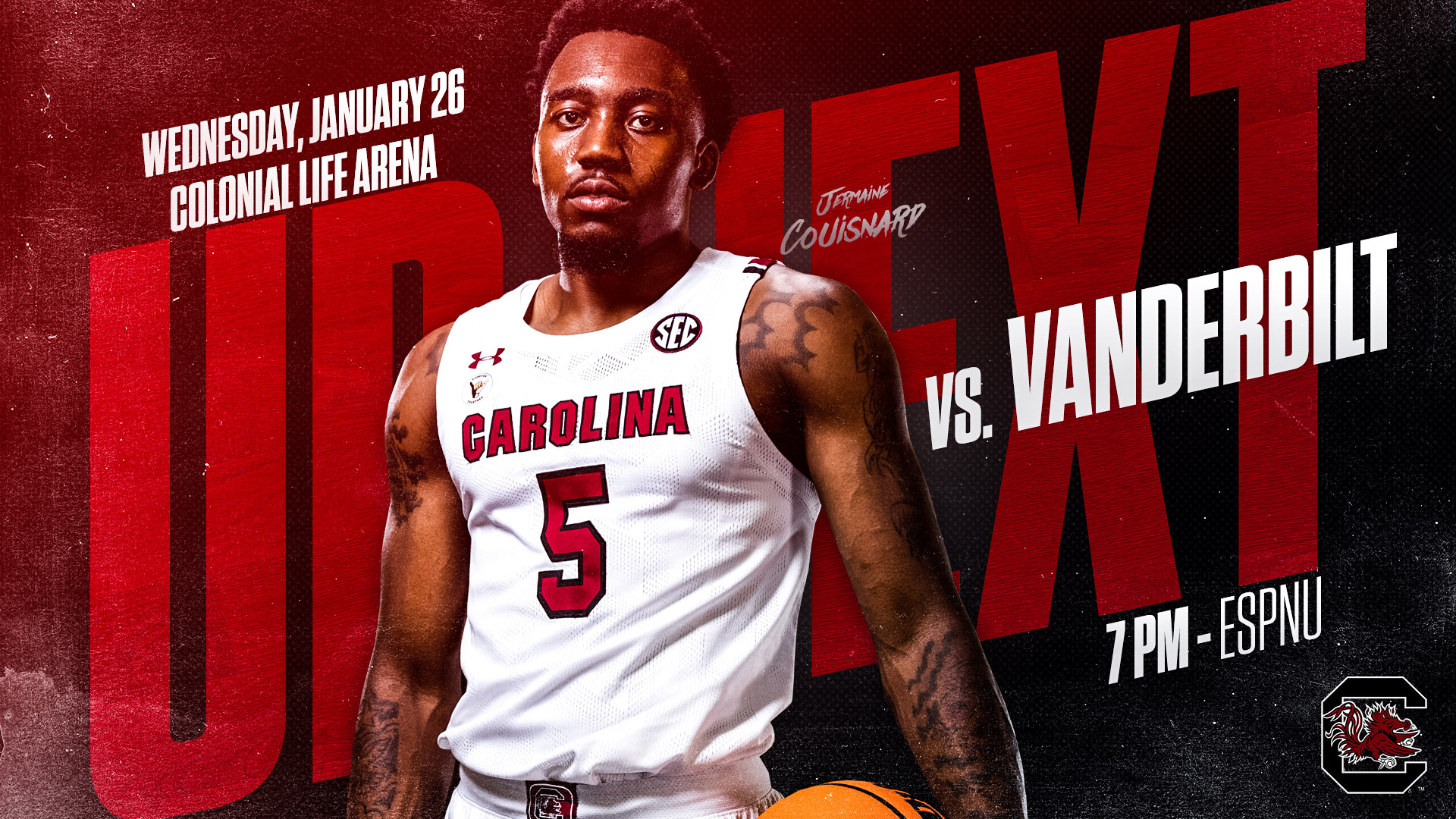 South Carolina fresh off an 83-66 win at home vs. Georgia Saturday

Paul Sunderland (pxp) and Pat Bradley (analyst) have the call remotely for the ESPNU broadcast.

The Gamecocks defeated the Commodores, 72-70, back on Jan. 8 at Memorial Gym.

SCOUTING VANDERBILT
> Scotty Pippen Jr. is second in the SEC (62nd nationally) in scoring averaging 18.1 points per game. He leads the league in free throws made (89) and free throws attempted (124), ranking in the top-15 nationally in both categories.
> Jordan Wright is the lone other player to average double figures for Vanderbilt at 12.2 points per game. He’s also tied for the team lead with 108 rebounds (6.0 per game average).
> Myles Stute is the team’s top 3-point shooter, averaging 39.3 percent (35-of-89) from behind the arc. The team’s eight makes from 3 per game are fourth in the SEC.
> The Commodores are 4-2 on the road this season and both their wins in league play came on the road at Arkansas (75-74 on Jan. 4) and at Georgia (73-66 on Jan. 15).
> Vanderbilt allows just 63.7 points per game, the fifth-best (50th nationally) scoring defense in the SEC.

UP NEXT
> South Carolina has a two-game road swing starting on Saturday at Texas A&M (Jan. 29) and then traveling to Mississippi State (Feb. 1) on Tuesday. Tipoff in College Station is set for 8:30 p.m. (ET) with Paul Sunderland and Daymeon Fishback on site for the SEC Network broadcast. The team will travel a total of 1,845 miles over the course of the five-day road trip.