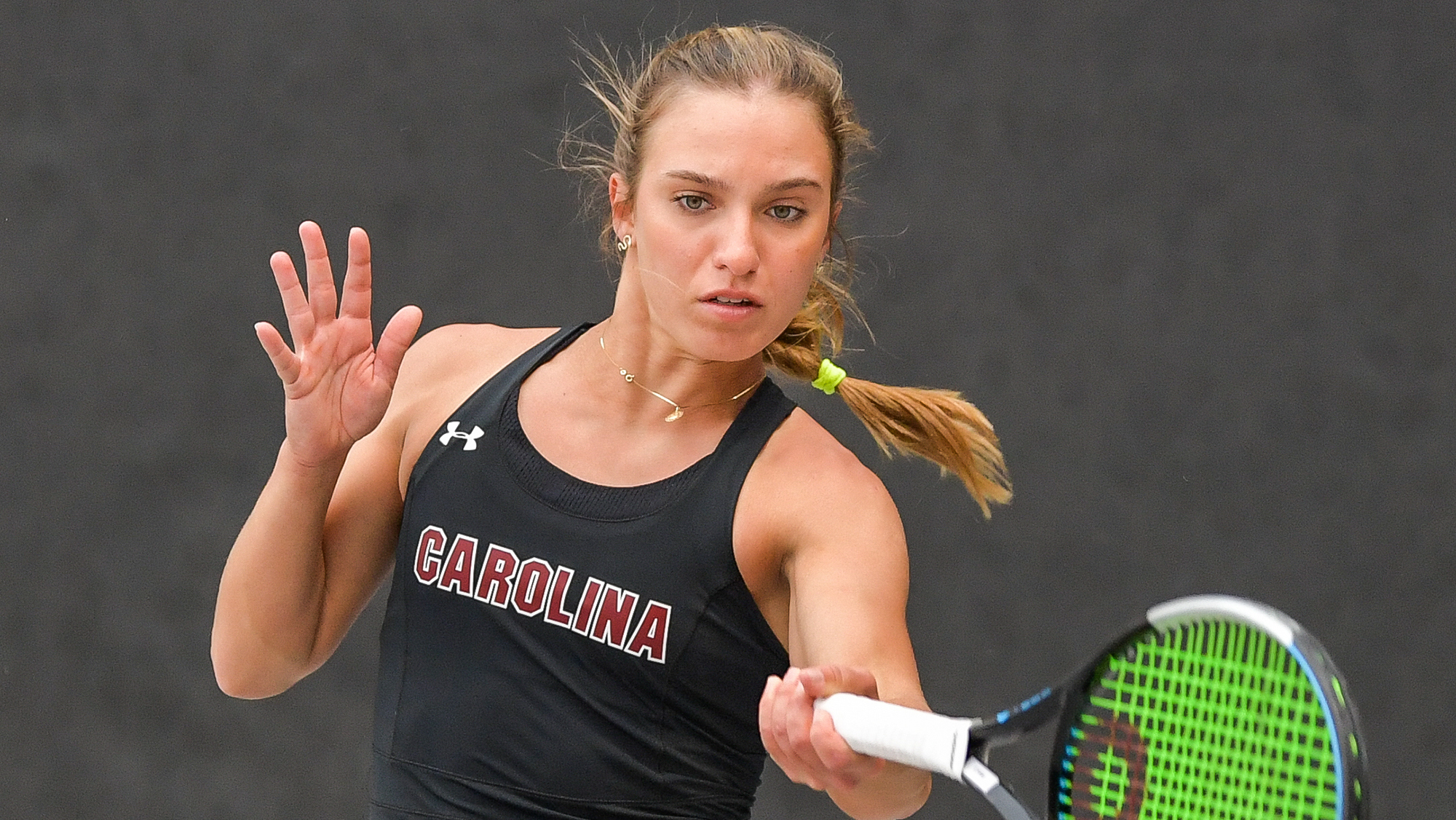 COLLEGE STATION, TEXAS. – South Carolina faced Texas Tech in the first round of the ITA Kickoff on Saturday in which the Red Raiders topped the Gamecocks 4-0. In singles, juniors Elise Mills and Ana Cruz notably held off their ranked opponents from securing points for the Red Raiders.

In doubles, the Gamecocks played competitive matches in the No. 1 and No. 3 spots. Kendall Couch and Cruz were leading 3-1 until Texas Tech’s Metka Komac and Olivia Peet inched back. The match was neck-in-neck and came to 5-5. Komac and Peet then pulled ahead to win the match in a 7-5 decision.

Ayana Akli and Misa Malkin went up 4-1 at the top of the lineup, but Kailey Evans and Avelina Sayfetidinova came back to tie the match at five games all. The doubles point was decided with a Texas Tech win in the No. 2 spot before Akli and Malkin could finish their match.

In singles, the Gamecocks played multiple close sets against their Red Raider opponents. Texas Tech quickly earned a point in the No. 1 spot, but Chloe Narboni fought hard against Komac and went to a first set tiebreak in the No. 5 spot. Komac ended up taking a 7-6 first set win and found her momentum to complete the 6-1 second set victory and put Texas Tech ahead 3-0.

In similar fashion, Malkin was leading 3-1 in the first set against Peet before Texas Tech secured the 7-5 win. From there, Peet won the second set 6-1 and clinched the 4-0 win for the Red Raiders.

Junior Elise Mills faced No. 47 Avelina Sayfetidinova in the No. 3 spot. Sayfetidinova won the first set 6-4, but Mills continued to fight. She tied things up 5-5 in the second set in an effort to force a third set, but the match went unfinished.

Cruz also faced a ranked opponent in No. 89 Kailey Evans. Cruz was ahead 3-0 in the first set before Evans pushed ahead to win 6-4. The matched reached 2-2 in the second set before play stopped at the conclusion of the match.

The Gamecocks will face Princeton in Sunday’s consolation match at noon ET. Live scoring for the match will be available here.