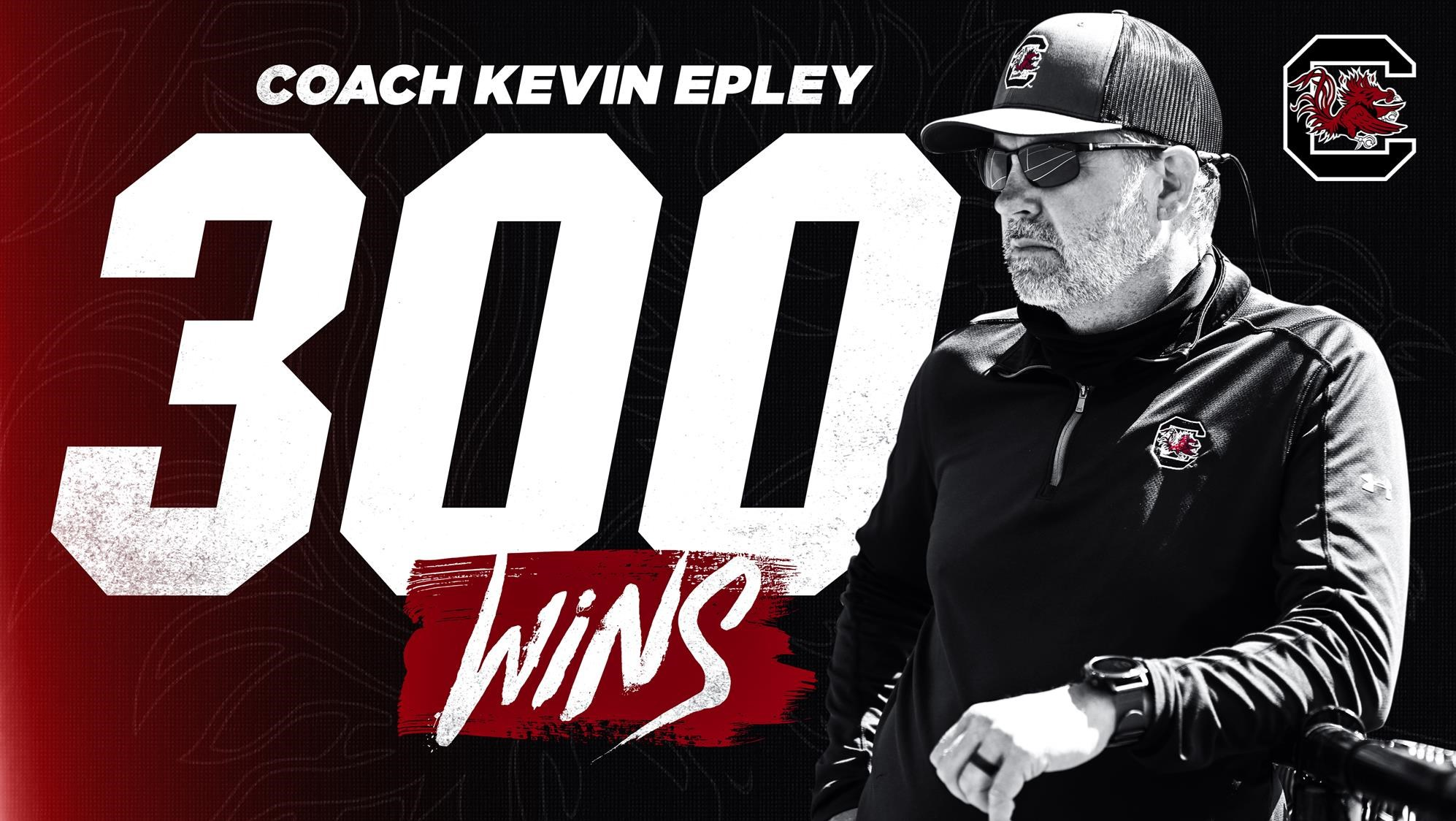 COLLEGE STATION, TEXAS. – South Carolina notched a 4-2 win over Princeton in the ITA Kickoff consolation match on Sunday. Not only did the Gamecocks secure their first victory of the season, but head coach Kevin Epley earned his 300th career win as a result of the match.

“We were really disappointed after yesterday’s effort – we just did not bring the Gamecock GRIT and fighting spirit. We took a serious look at ourselves and challenged ourselves to lay it all out there today and the team responded,” said Epley. “They stepped up and fought like it was their last match. It just goes to show that anything can happen day to day when you’re willing to lay it on the line as a team. We will build on that. We have a long way to go, but today was a big step in the right direction. I’m very proud of the girls.”

South Carolina started on the right foot from the get-go in doubles. Ayana Akli and Misa Malkin took on No. 7 Daria Frayman and Grace Joyce at the top of the lineup. The Gamecock pair played a solid match to upset their top-10 opponent 6-3. Shortly thereafter, Ana Cruz and Kendall Couch locked in the doubles point with a 6-3 win over Victoria Hu and Neha Velaga. Going into singles, South Carolina led 1-0.

In the No. 2 spot, Elise Mills faced No. 23 Victoria Hu. Mills only gave up one game early in the first set to secure the 6-1 win. She carried that momentum into her second set which went to 3-2. Mills then pushed ahead to earn the second point for the Gamecocks with a 6-2 second set win.

Not far behind was Cruz who faced Zoe Howard in the No. 4 spot. Cruz dropped the first game but quickly climbed back to take the first set 6-2. From there she locked in to go up 5-0 in the second set before completing the match with a 6-1 win. Her win helped the Gamecocks to a 3-0 lead.

While South Carolina was ahead, Princeton was not ready to give up the fight. The Tigers closed in with wins in the No. 6 and No. 1 spots to bring the overall score to South Carolina 3, Princeton 2. Even though the Tigers inched back, they would not be able to hold the Gamecocks off for long.

Freshman Malkin faced No. 60 Brianna Shvets in the No. 3 spot. Malkin was ahead most of the first set, fending off Shvets in a 6-4 decision. In the second set, Malkin came back from a 1-3 deficit to tie things up 4-4. She then launched ahead 6-4 to clinch the match for the Gamecocks for the first time in her career. Her straight sets win was the third of the day and secured the 4-2 win for South Carolina.

The Gamecocks will be back in action on Feb. 5 to take on the Wake Forest Demon Deacons in Winston-Salem, N.C. at 11 a.m.