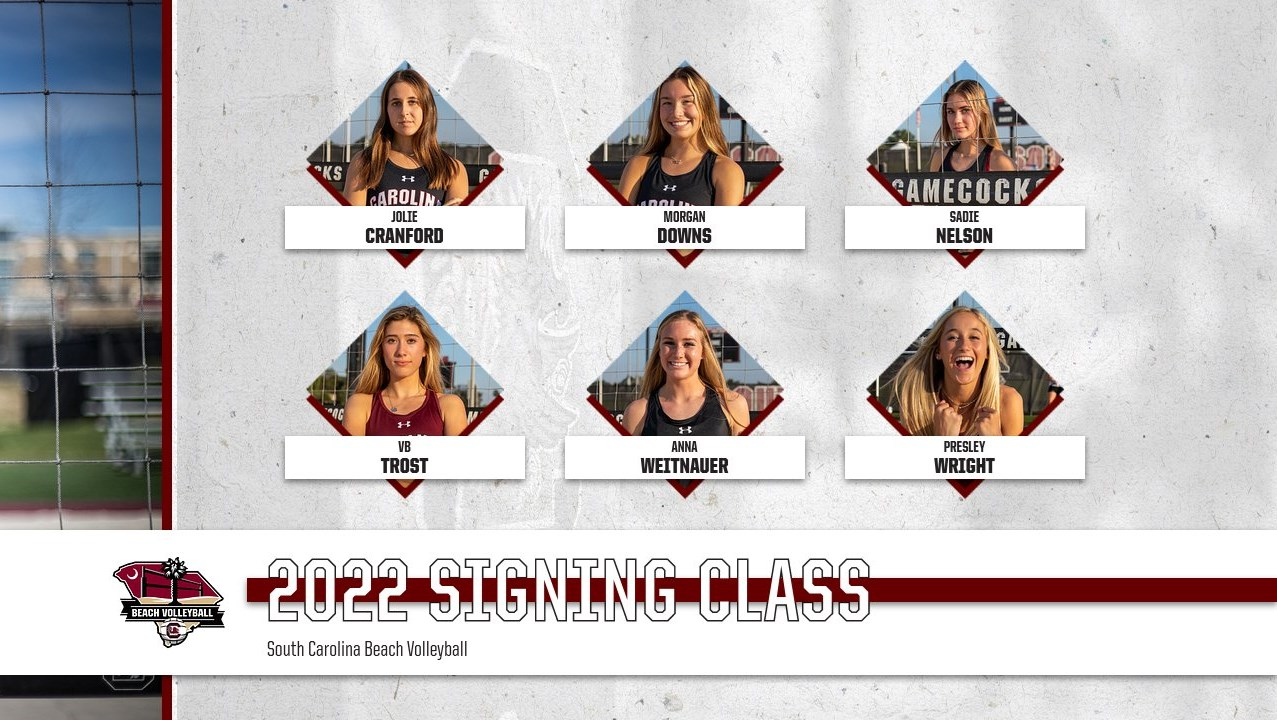 Six newcomers join the squad in the fall semester

“It was a unique experience, creating and cultivating relationships based around trying to get to know somebody virtually and watch them on tape, just because we weren’t able to get out as much due to the pandemic,” Moritz said about the creation of this signing class in unusual circumstances.

“When we were finally able to get out and see this group in person this past summer, we were pleased to validate that these were people who matched with what we value as a program both as competitors and as people. One thing about this class is that they bring in a lot of versatility and athleticism. I’m excited to see how they continue to develop once we surround them with our current roster.”

“I’m excited for Jolie to join our team, our first from Colorado. She plays with the determination and physicality that we believe will translate to the college level. Her play is anchored by a highly competitive motor and eagerness to continue to get better and find ways to win,” Moritz said.

“Morgan is unassuming at first but once she steps on the court she plays with great ferocity and energy. There’s a great balance in the way that she is very controlled and deliberate and how she plays, but also can compete with a special level of emotion and spark,” Moritz said.

“An athlete that can take over a match before you know what hits you, Sadie is explosive quick and a lot of fun to watch. She has the quality of being reserved but definitely does not play timid at all,” Moritz said.

“VB is a very engaging, dynamic person. That shows in her preparation and the drive she has to excel. Her game has seen tremendous growth in the last couple years and I am excited for how she will continue to pour her positive energy into pushing herself here as a Gamecock and making her program better,” Moritz said.

“In getting to know her, Anna is reserved but direct and those characteristics translate into the way she competes. She has a special level of intensity and fire, she’s a greedy competitor and it has been fun to see her personality emerge. I’m excited to see how that fire fuels her drive to reach the highest levels at South Carolina,” Moritz said.

“Since day one connecting with Presley, I have come to know someone that has a drive to perform at her best and everything that she does. She is an explosive athlete that is continuing to fine-tune the details of her game, but she brings her presence of carelessness to the way that she approaches learning and improving,” Moritz said.