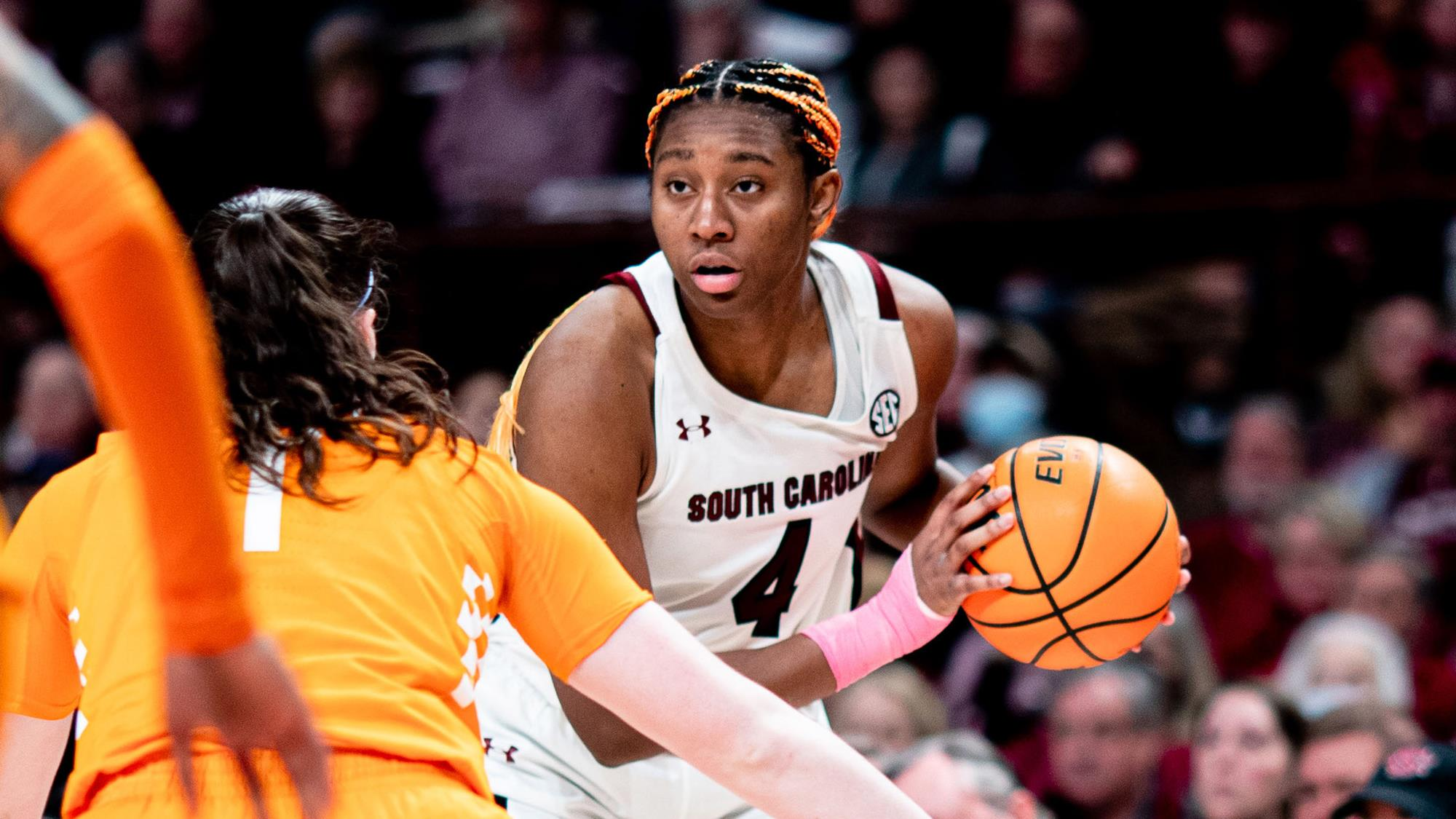 In a pair of Gamecock wins last week, Boston stretched her consecutive double-doubles streak to 19, matching the SEC record also held by Sylvia Fowles of LSU. The 6-foot-5 forward finished the Gamecocks’ win over then-No. 12/8 Tennessee with 16 points and 12 rebounds after nearly posting the record-tying double-double by halftime (eight points, eight rebounds). Her 12 rebounds included seven on the offensive end, which helped propel her in the nation’s top 30 in offensive boards per game. In the week’s first game, Boston netted 10 points and 12 rebounds in less than 20 minutes on the court.

Boston heads into the closing stretch of the season in the running for National Player of the Year as she leads the country in win share thanks to her impact on both ends of the court (she ranks third in offensive win shares and second in defensive win shares). Her SEC-leading 20 double-doubles and .540 field goal percentage come in second and 26th in the nation, respectively. She also ranks among the NCAA’s top 10 in rebounds per game (11.9, sixth), defensive rebounds per game (8.2, ninth) and blocked shots per game (2.7, ninth).

The No. 1/1 Gamecocks have clinched at least a share of the SEC regular-season championship and the No. 1 seed in the upcoming SEC Tournament with two regular-season games remaining on the schedule. South Carolina will travel to Texas A&M for an 8:30 p.m. ET tipoff on SEC Network.