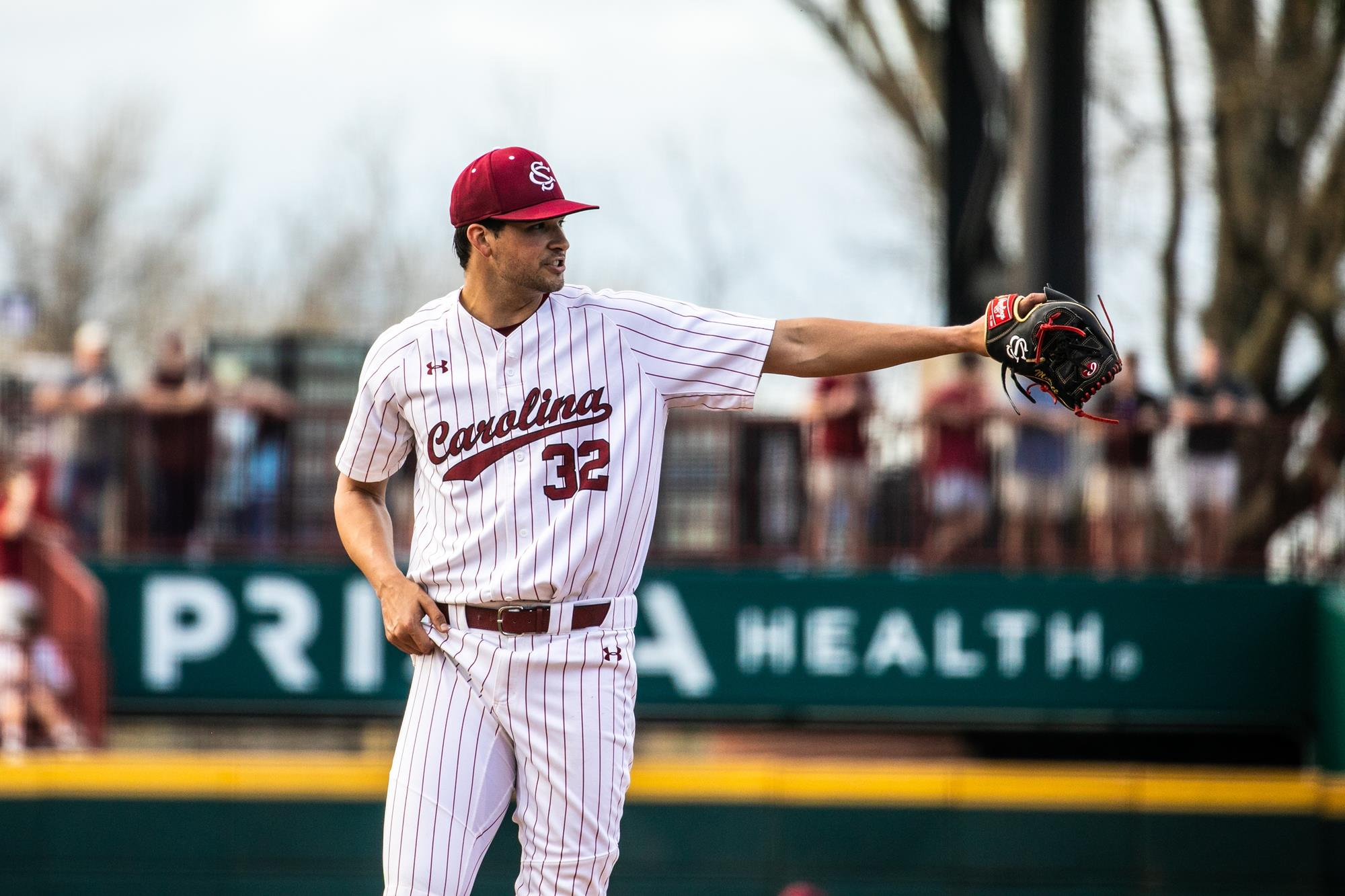 The Gameoccks had 12 hits on the night, scoring 13 runs in the series opener.

COLUMBIA – The University of South Carolina baseball team erupted for 13 runs and Will Sanders struck out five in seven innings of work as the Gamecocks defeated George Washington, 13-4, Friday afternoon (Feb. 25) at Founders Park.

Sanders allowed six hits and three runs with no walks and five strikeouts in the seven innings pitched. He threw 87 pitches in the outing. Cam Tringali and Parker Coyne each pitched an inning of relief, with Coyne striking out a batter.

The game was tied at one after two innings, but Carolina scored five runs in the third, three in the fourth and two apiece in the fifth and sixth innings. The Gamecocks walked nine times and only struck out three times in the victory.

UP NEXT
Carolina and George Washington face off in a doubleheader on Saturday, Feb. 26 at 12 p.m. Both games will be on SEC Network Plus.