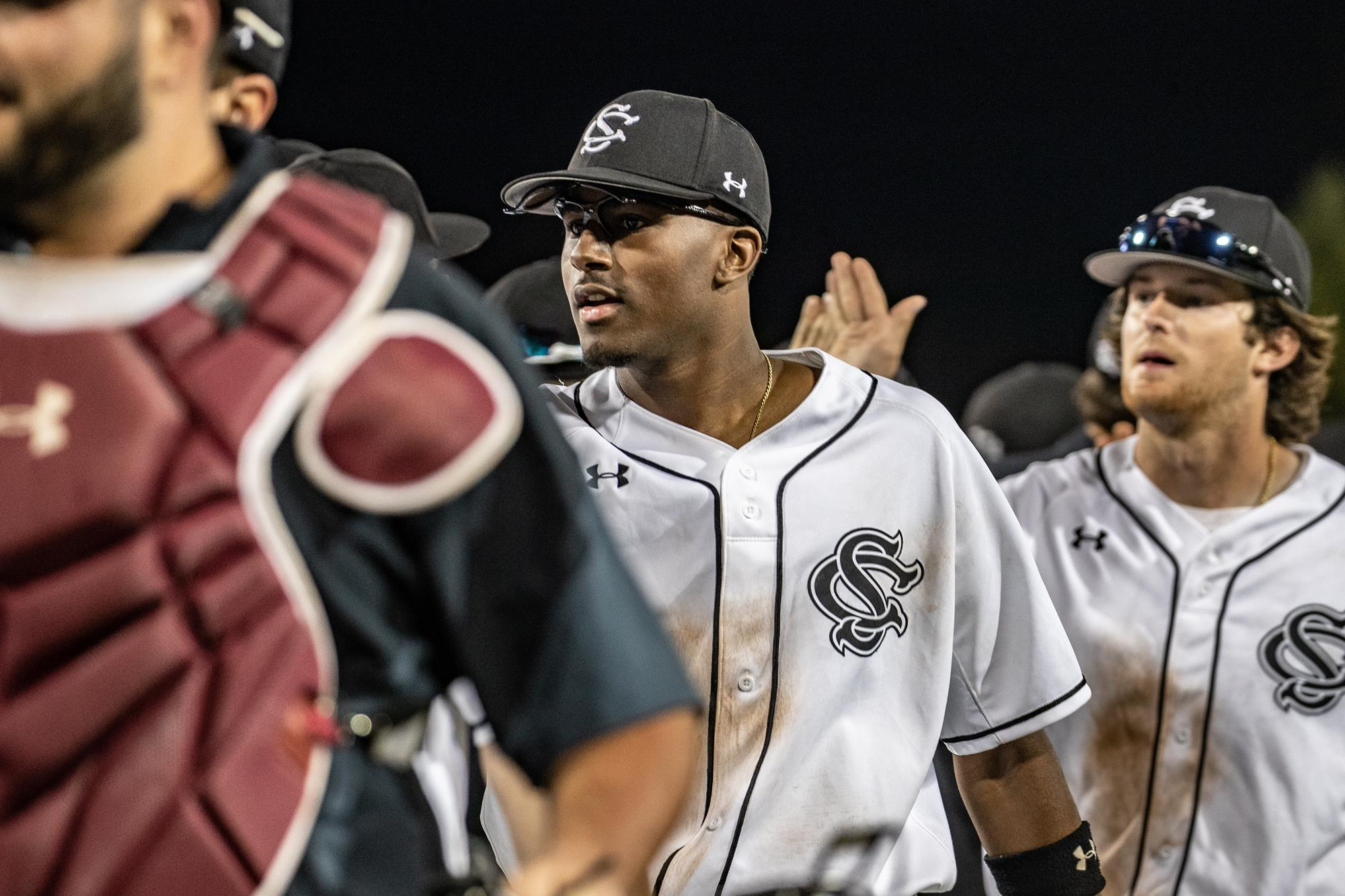 Baseball Completes Sweep of George Washington with a Pair of Wins

COLUMBIA – The University of South Carolina baseball team completed a three-game sweep of George Washington, winning both ends of a doubleheader on Saturday afternoon (Feb. 26) at Founders Park. The Gamecocks won the first contest, 10-6, and shut out the Colonials in game two, 5-0.

The Gamecocks had 12 hits in the first game with Michael Braswell going 3-for-4 with two runs scored and two RBI. Andrew Eyster and Brandt Belk had two hits apiece while Connor Cino had two RBI.

Wesley Sweatt earned the win in relief for Carolina, pitching 3.1 innings and allowing three hits, two runs with three strikeouts and a walk. Braswell picked up the save, striking out the final two batters of the game.

Eyster homered in the first inning and now has 99 career RBI. Carolina exploded for four runs in the sixth and three in the eighth.

In game two, it was the Gamecock pitching that was stout, allowing just six hits in the first shutout of 2022. Aidan Hunter picked up the win, allowing just two hits with three strikeouts in three innings. Cade Austin started the game, striking out a pair in two innings while Matthew Becker had five punchouts and John Gilreath pitched the final two scoreless innings.

Braylen Wimmer had three hits with two runs scored while Brandt Belk drove in a pair of runs. Talmadge LeCroy had his first hit as a Gamecock, an RBI double in the fourth.

UP NEXT
Carolina will head to Triust Field in Charlotte, N.C., to face Appalachian State on Tuesday, March 1 at 6 p.m.