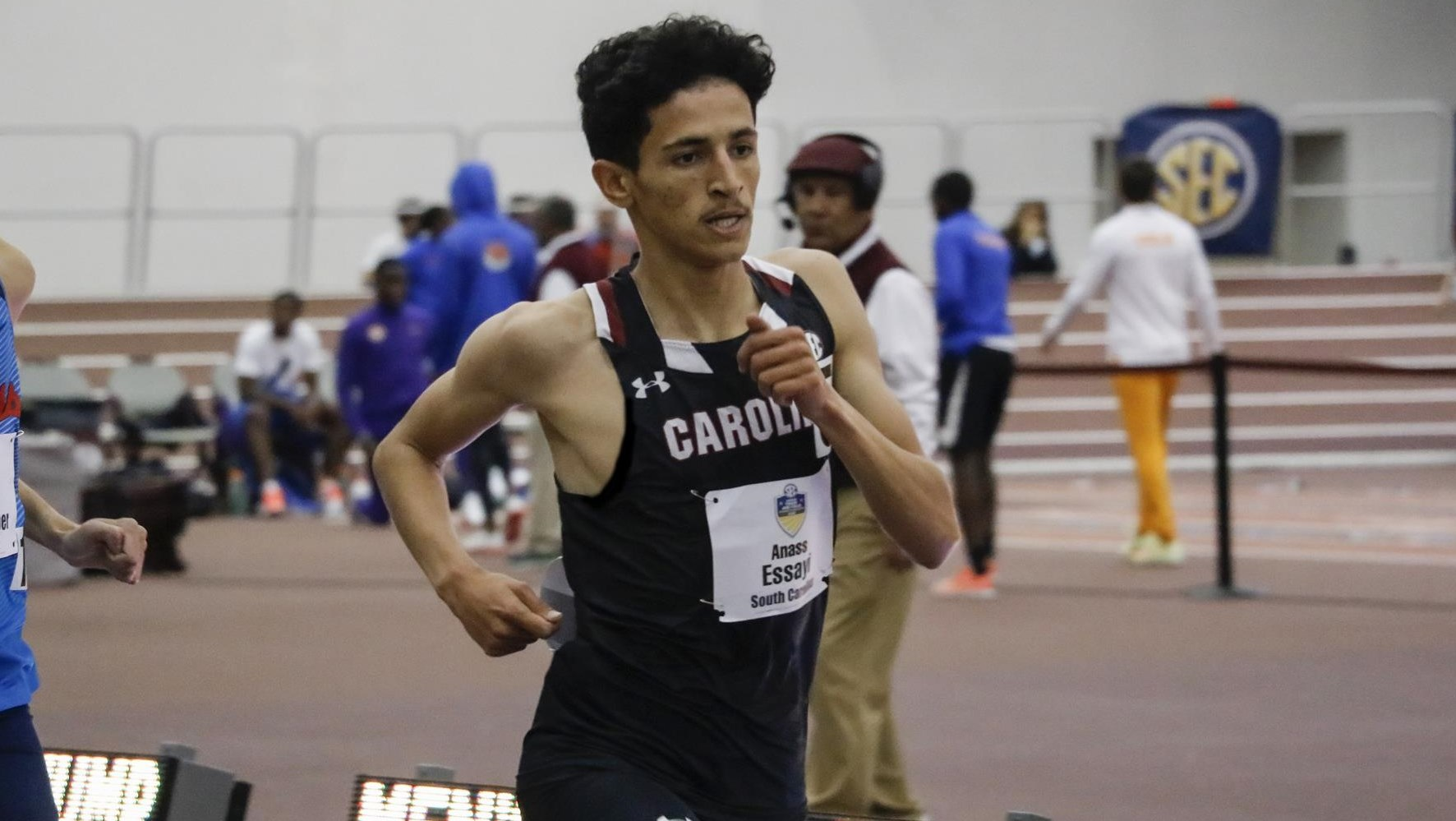 “SEC’s is the second-best meet next to the NCAA’s,” said head coach Curtis Frye. “What you do here has an impact on the national championship. We had a pretty good final exam.”

Anass Essayi, in just his second collegiate race, became the first ever Gamecock to run a sub-4 minute Mile in his victorious effort in the men’s Mile. Essayi ran a time of 3:57.67 to capture the first ever men’s Mile SEC title by a South Carolina athlete.

Essayi’s time also set the new SEC Indoor Championships meet record. He led for almost the entire race before being overtaken late. Essayi waited patiently and used his kick to retake the lead down the final straightaway. Essayi beat two athletes who are in qualifying position for the NCAA Indoor Championships on his way to the SEC title.

Rachel Glenn also earned All-SEC honors for her performance in the women’ high jump. She cleared 1.88m/6-2 to finish as the conference’s runner-up. Glenn made easy work of the first five heights, and only stumbled at 1.91m/6-3.14 when she missed on three straight jumps. Glenn moved up to a tie for No. 2 in the country and sealed what already was a safe mark to make the NCAA Indoor Championships.

Filip Demsar was the other Gamecock to earn All-SEC honors. He finished third in the 60-meter hurdles with a time of 7.75. Demsar’s time was a season-best and was just the third time this season he has run under 7.80 seconds. Demsar’s time moved him to 21st in the country.

Stephanie Davis took fifth in the women’s 400 meters. She ran a new indoor personal best of 51.29 and moved into fifth nationally. All four times ahead of her were run at the SEC Indoor Championships. Davis also moved into No. 2 on the Gamecock all-time indoor performance list. She is only behind Natasha Hastings who ran a time of 50.80 in 2007.

Evan Miller finished fourth in the men’s 200 meters with a time of 20.71, which set a new indoor personal best. Miller moved up to No. 13 in the country and is now in qualifying position for the NCAA Indoor Championships.

Jackson Marseille and Kobe Franklin racked up team points for the Gamecock men in the high jump. They combined for eight points with Marseille’s fourth-place finish and Franklin’s sixth-place effort. Marseille cleared 2.11m/6-11, which was his second-highest clearance of the season. Franklin set a new personal best, clearing 2.06m/6-9 to score for the first time at a conference meet.

The women’s 4X400-meter relay team of Makenzie Dunmore, Davis, Glenn and Aaliyah Pyatt took fourth overall with a time of 3:31.76. The Gamecock women are set to take on the NCAA Indoor Championships in March.

A handful of Gamecocks will turn their attention to the NCAA Indoor Championships on March 11 and 12 in Birmingham, Alabama.

“I’m excited about Birmingham and Nationals because it’s close, so families can come see us,” Frye said. “Last time we were there, we had a national champion 4X400-meter relay team with our women. We think we can do some special things.”

The rest of the Gamecock squad heads toward the outdoor season which opens on March 18 at the Tiger Track Classic in Auburn, Alabama.