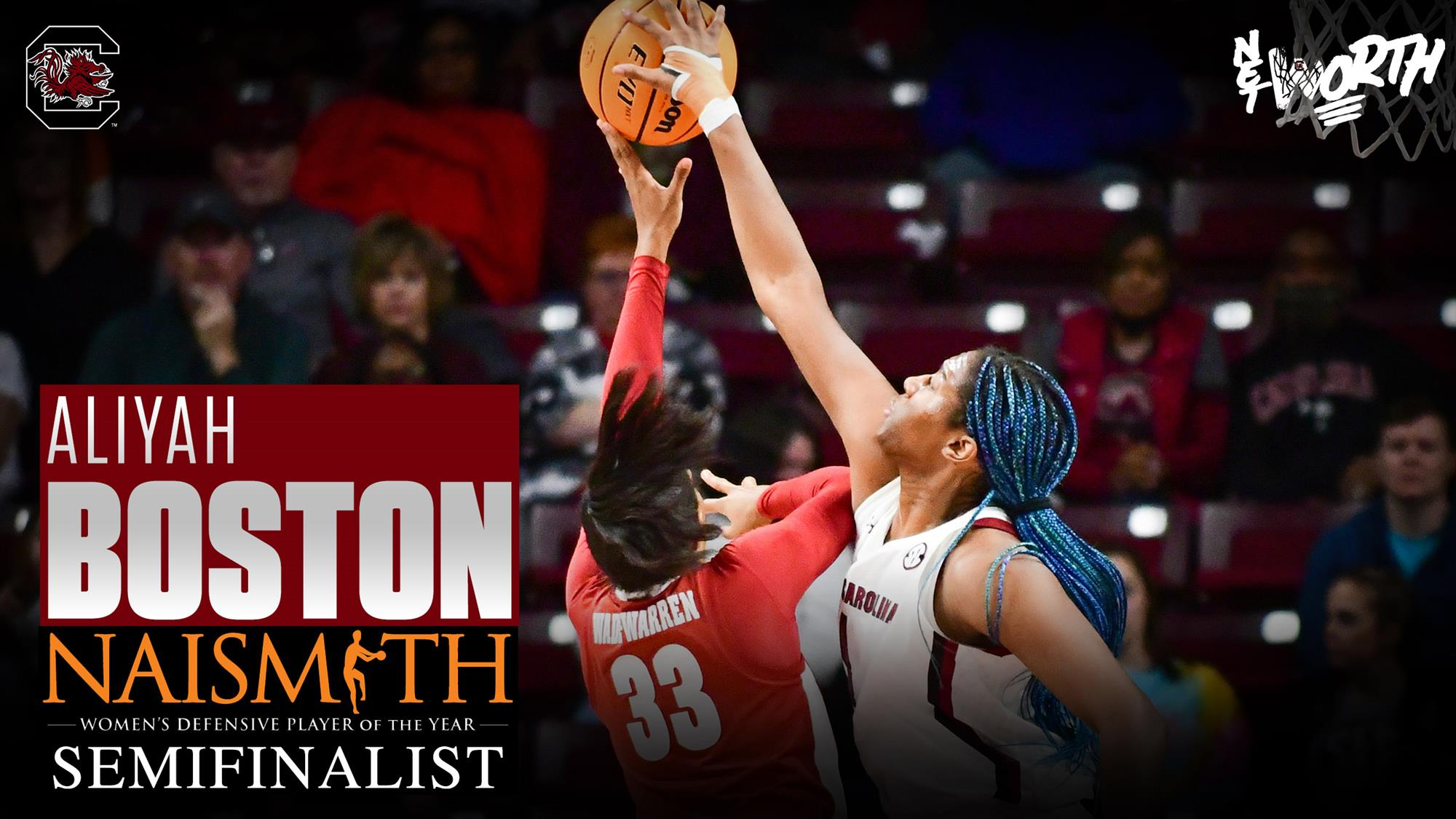 Boston a Semifinalist for Defensive Player of the Year

Share
COLUMBIA, S.C. – South Carolina junior forward Aliyah Boston is one of 10 semifinalists for  2022 Naismith Women’s Defensive Player of the Year, the Atlanta Tipoff Club announced today. It marks the second time in as many seasons that Boston as made it to at least semifinalist status.

In 2021, Boston was the only player to be named a finalist for both National Player of the Year and Defensive Player of the Year, and she is on track to do at least that well again this season. She leads the country in win shares (12.6) and player efficiency rating (35.3) – both sizable margins (2nd in win shares is 10.8, in player efficiency rating is 43.3). Boston is the only player to rank in the top 30 of both offensive (9th) and defensive (2nd) efficiency rating all while playing one of the toughest schedules in the country, which has included 11 games against ranked opponents so far.

In more traditional statistics, Boston became just the fifth player in program history to record 1,000 rebounds, hitting that mark in the regular-season finale at Ole Miss on Sunday. She hit the 1,000-point plateau earlier this season against Maryland (Dec. 12). Her 16.8 scoring and 11.9 rebounding averages both increase in her 11 games against ranked opponents to 17.5 points and 12.6 rebounds per game. In addition to ranking 10th in the nation in blocks per game (2.7) and seventh in defensive rebounds per game (8.2), Boston is second in double-doubles (22), sixth in rebounds per game (11.9), 27th in offensive rebounds per game (3.8) and 29th in field goal percentage (.544).

This Atlanta Tipoff Club will name four finalists for Defensive Player of the Year on March 15, and the winner will be announced on April 1.

No. 1/1 South Carolina claimed its sixth SEC Regular-Season Championship last week with a 15-1 conference record and takes a 27-1 overall record into the 2022 SEC Tournament in Nashville this weekend. The Gamecocks will face either eighth-seeded Arkansas or ninth-seeded Missouri in Friday’s quarterfinal game, which tips off at 1 p.m. ET on SEC Network.