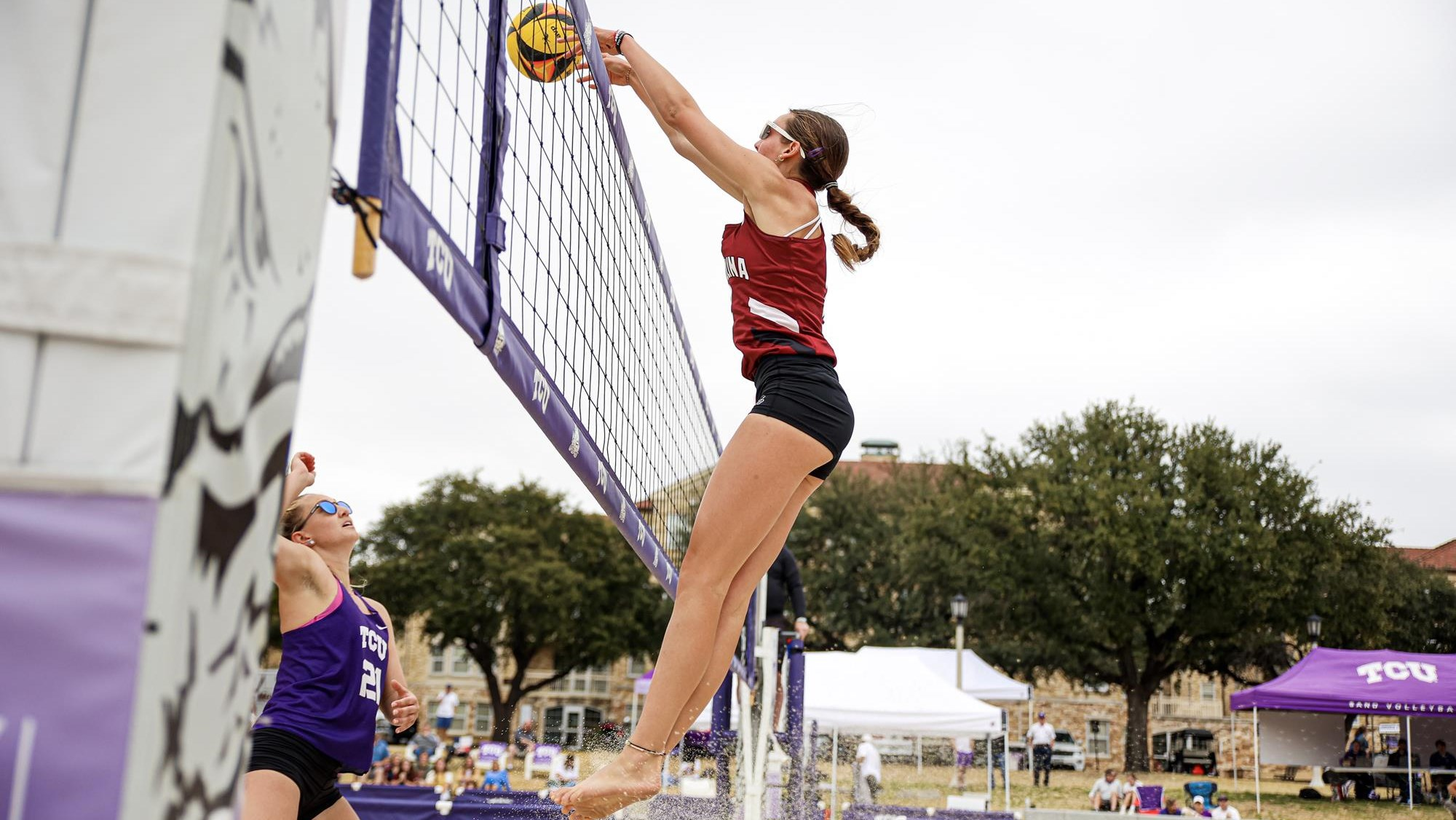 The Gamecocks swept Central Arkansas and fell to No. 5 TCU

FORT WORTH, TEXAS. – South Carolina went 1-1 on the opening day of the Horned Frog Challenge Friday morning. The Gamecocks (4-2) defeated Central Arkansas (1-3) in the morning but lost to host TCU at the close of the day.

The team was in an early battle with the Bears to start the morning, with each of the first two matches of the dual going to third sets. Sophie Manson and Hannah Mackenhausen rebounded from a close loss in the second set to dominate the third, 15-8, at the fours pairing. Sophie Bengoechea and Kaeli Crews needed to dig out of a hole after losing a close first set at the fives, the duo won 21-15 in the second and then held off the Bears in the third, 15-13, to give the team a 2-0 lead. The top three courts all swept their matches to secure the 5-0 decision, Jillian Gleason and Whitley Ballard made short work of their game at the threes to claim the clinching point, 21-12, 21-17.

In the Friday finale with the host Frogs, the Gamecocks came just short in a 4-1 defeat, with TCU grabbing an early 2-0 lead with wins at the fours and fives. Manson and Mackenhausen came close to helping Carolina split the opening wave, but the pair came up just shy at the fours, losing 21-17, 17-21, 15-12. The Gamecocks got on the board with a three-set match that went their way, Skylar Allen and Ballard came together for a 19-21, 21-15, 15-8 win at number two. TCU swept the first and third pairings, though, for the 4-1 final.

The competition ramps up again Saturday in the weekend finale. The Gamecocks open the day against No. 19 Georgia State at 8:30 a.m. ET before wrapping up the schedule against No. 3 Florida State immediately following their dual with the Panthers.