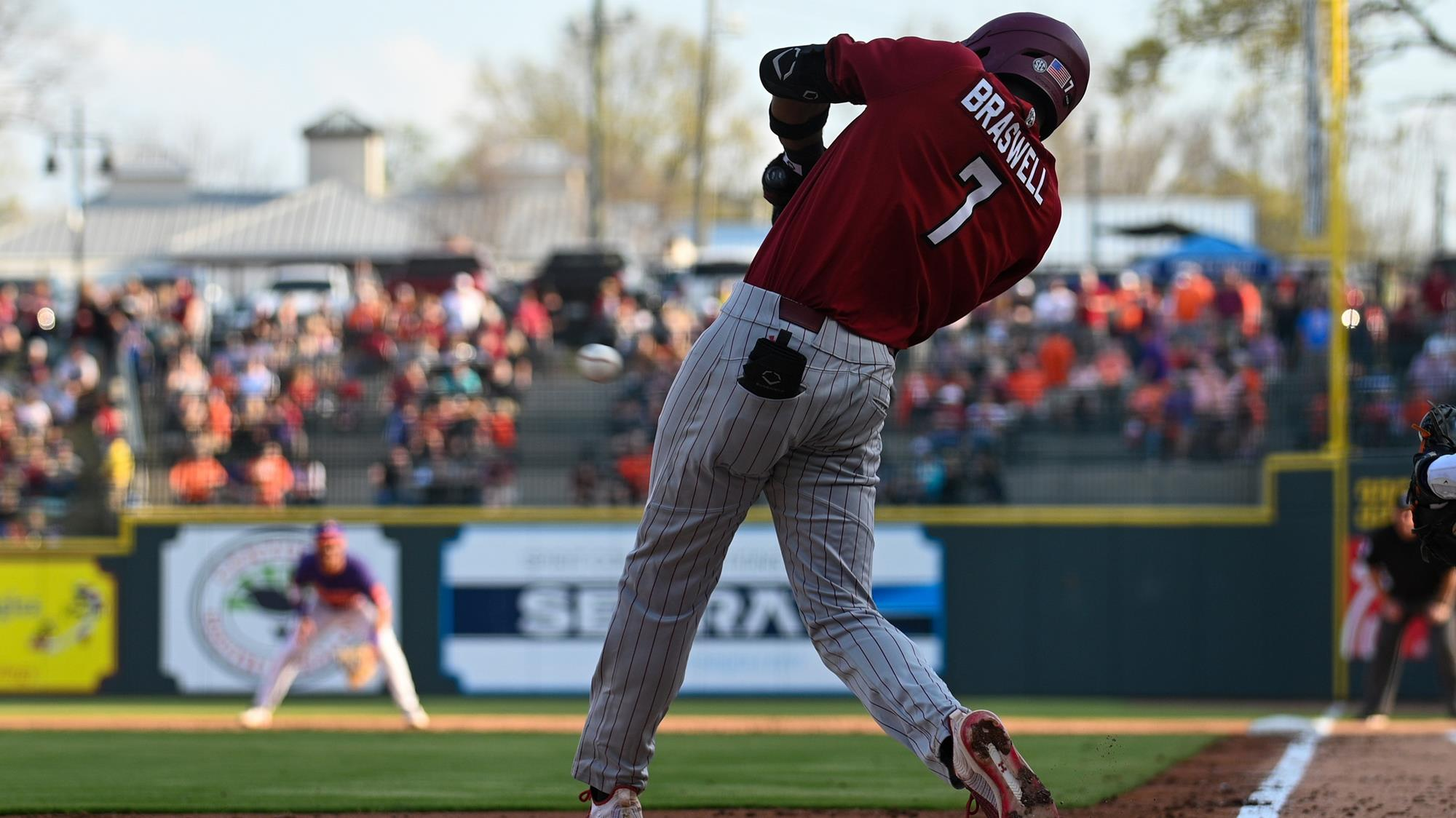 The Gamecocks outhit the Tigers 10-6 but fall in Sunday's finale.

Clemson put up three runs in the fourth, the big hit a two-run single from Dylan Brewer. Carolina scored runs in the fifth and sixth on RBI single from Braylen Wimmer and Carson Hornung but Clemson added insurance in the eighth with a pair, including a solo home run from Cooper Ingle.

UP NEXT
Carolina hosts Xavier on Tuesday night (March 8) at 7 p.m. at Founders Park. The game will be on SEC Network Plus.