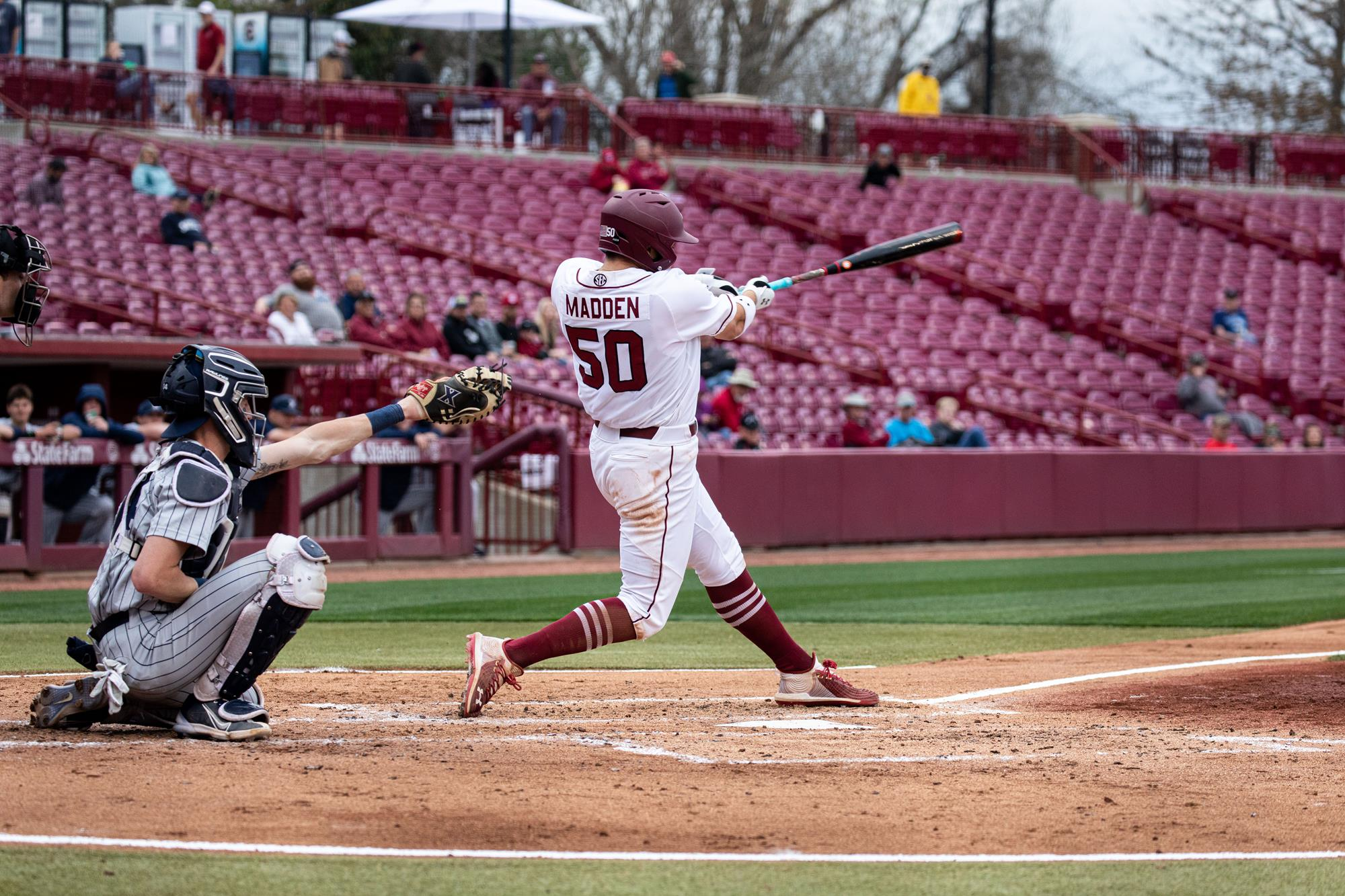 The Musketeers scored seven runs in the fourth inning in the 15-7 win over Carolina.

Kevin Madden led the Gamecock offense with a pair of hits and two RBI, including his second home run of the season in the second inning. Brandt Belk and Braylen Wimmer had two RBI apiece while Carson Hornung scored a pair of runs.

Carolina had a 4-2 lead heading into the fourth, but the Musketeers scored seven runs in the top of the frame, taking a lead they would not relinquish. Xavier tacked on a run in the sixth, two in the seventh and three in the ninth.

The Gamecocks used nine pitchers in the contest. Aidan Hunter was tagged with the loss, allowing six runs in 1.1 innings. Wesley Sweatt struck out four in a two-inning start while Matthew Becker had two strikeouts in an inning of work.

UP NEXT
Carolina hosts No. 1 Texas for a three-game series starting this Friday night (March 11) at 7 p.m. The game will be televised on SEC Network Plus.