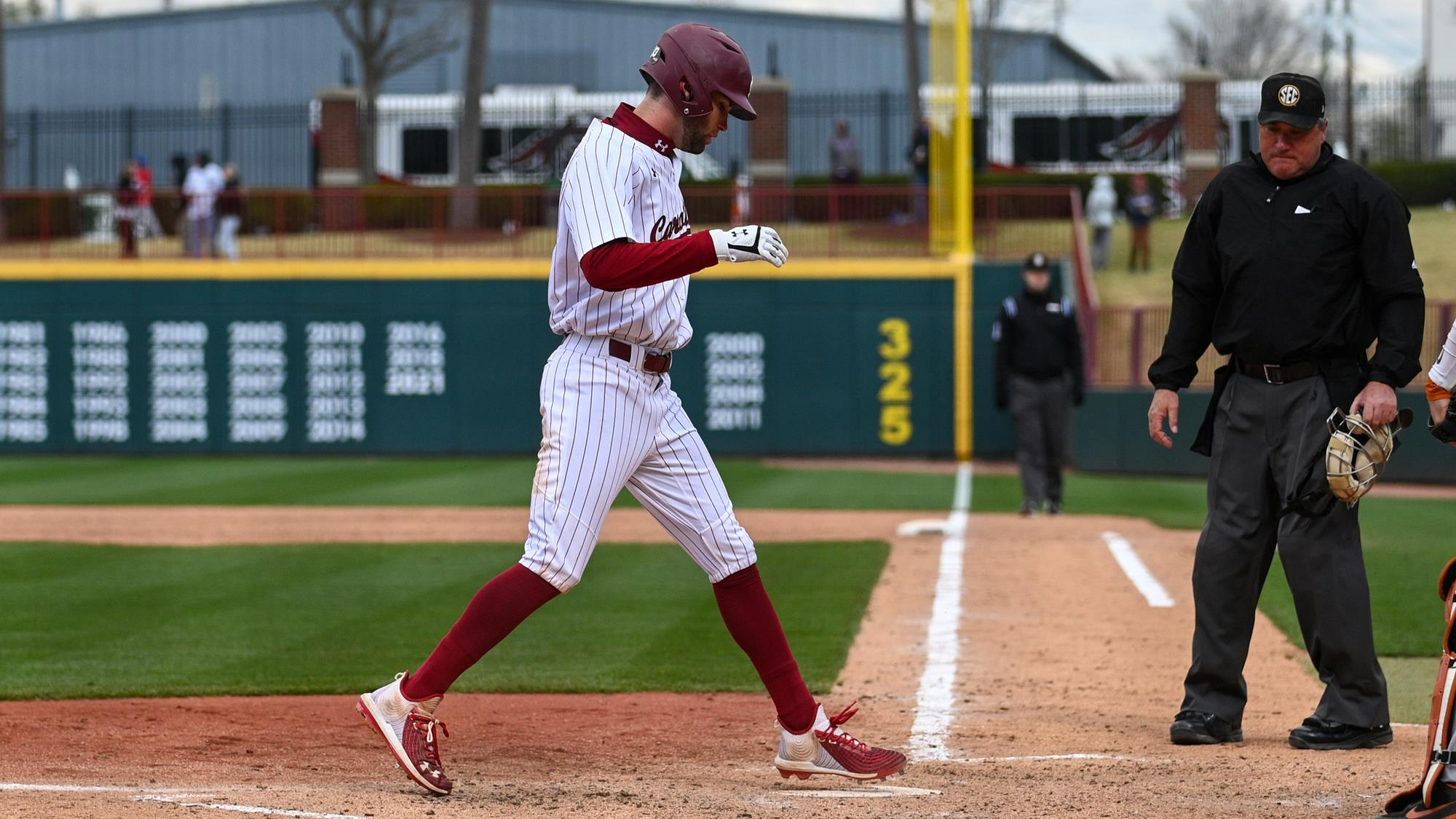 Baseball Scores Early Runs but Falls to No. 1 Texas

COLUMBIA – The University of South Carolina baseball team scored three times in the first inning but fell to No. 1 Texas, 9-5, Saturday afternoon (March 12) at Founders Park.

Brandt Belk led Carolina’s offense, going 4-for-5 with his first home run as a Gamecock and two runs scored. Andrew Eyster had two hits in the game, part of an 11-hit attack for the Garnet and Black.

Belk singled and scored on a Braylen Wimmer single for the Gamecocks’ first run. Wimmer would then score on a wild pitch and Eyster was brought home on an RBI double by Josiah Sightler. Carolina added single runs in the fourth and fifth on a Talmadge LeCroy sacrifice fly and Belk’s home run.

Texas scored a pair of run in each of the first two innings, then put up a three-spot in the fifth and two more runs in the eighth. Ivan Melendez had a pair of home runs and four RBI.

Noah Hall earned the start for Carolina, allowing 10 hits and seven runs with six strikeouts in 4.1 innings pitched. Aidan Hunter pitched 2.2 innings of relief, striking out a pair and allowing one earned run. Cade Austin pitched the final 1.2 innings and did not allow a hit.

UP NEXT
Carolina and Texas play a doubleheader on Sunday afternoon (March 13) starting at 1:30 p.m. The first game will be a 7-inning contest. Both games will be on SEC Network Plus.