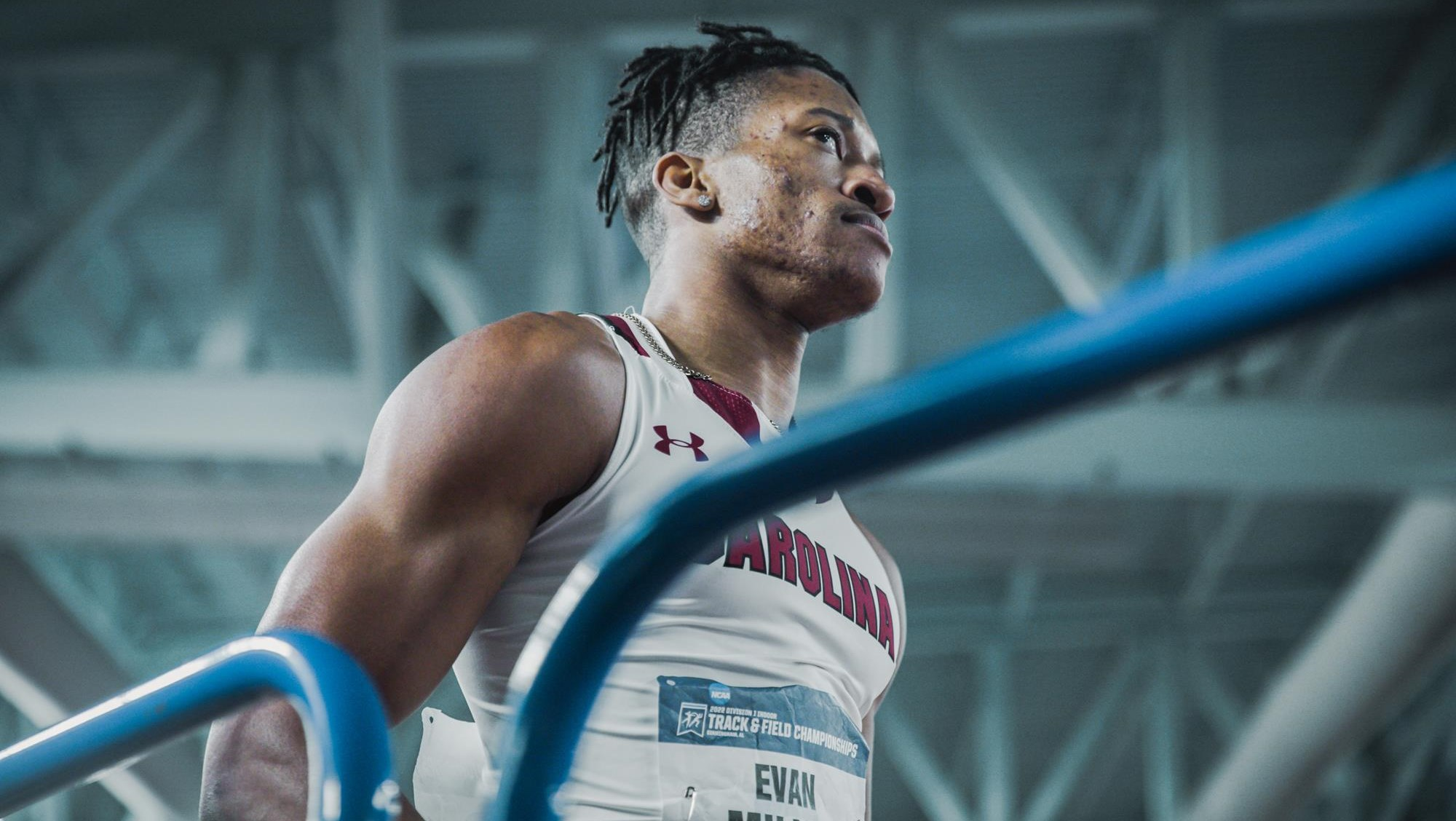 BIRMINGHAM, Ala.— All three of Carolina’s Saturday entries completed the day as First Team All-Americans as the Gamecock track and field teams concluded the indoor season on Saturday with the final day of the NCAA Indoor Championships.

“Our kids did what I thought they would do,” said head coach Curtis Frye. “They put forth the effort. They showed how they fight for their teammates and fight for the Gamecocks.”

Rachel Glenn earned a bronze medal for her third-place finish in the high jump. Glenn cleared 1.86m/6-1.25 to take third and earn her third First Team All-America high jump honor in three tries. Glenn cleared her first four bars without a miss but was unable to clear 1.89m/6-2.25.

“With Rachel, there’s one thing you can count on: she’s going to compete,” Frye said. “She’s going to show up at big meets. The bigger the meet, the more she puts into the meet. She starts preparing mentally for the national meet at the conference meet.”

The Gamecock women took fifth despite losing Stephanie Davis, who was ranked No. 5 in the NCAA in the 400 meters coming into this week, due to injury.

“That was awesome,” Frye said. “(Alysia Johnson) stepped up. Makenzie got a good leadoff leg and everyone fit in between. Pyatt dove through the line and skinned her hand up. It’s a tribute to how much they will do for their teammates when they put forth that effort.

“Those are the efforts that are going to lead us to a great outdoor season.”

The two scoring performances for the Carolina women totaled 10 points. The Gamecock women finished in a tie for 18th in the team race.

Evan Miller earned his first career All-America honor in the men’s 200 meters. Miller ran a time of 21.05 to finish in sixth place. Miller had never made an NCAA final race prior to the 2022 Indoor Championships.

Miller was the lone Gamecock man to qualify for Nationals and he outperformed his No. 13 ranking coming into the week to score team points for Carolina.

Miller posted the Gamecock men’s only team points. He scored three points for Carolina, putting them in a tie for 47th as a team.

“There’s a lot of room for us there come outdoors.”