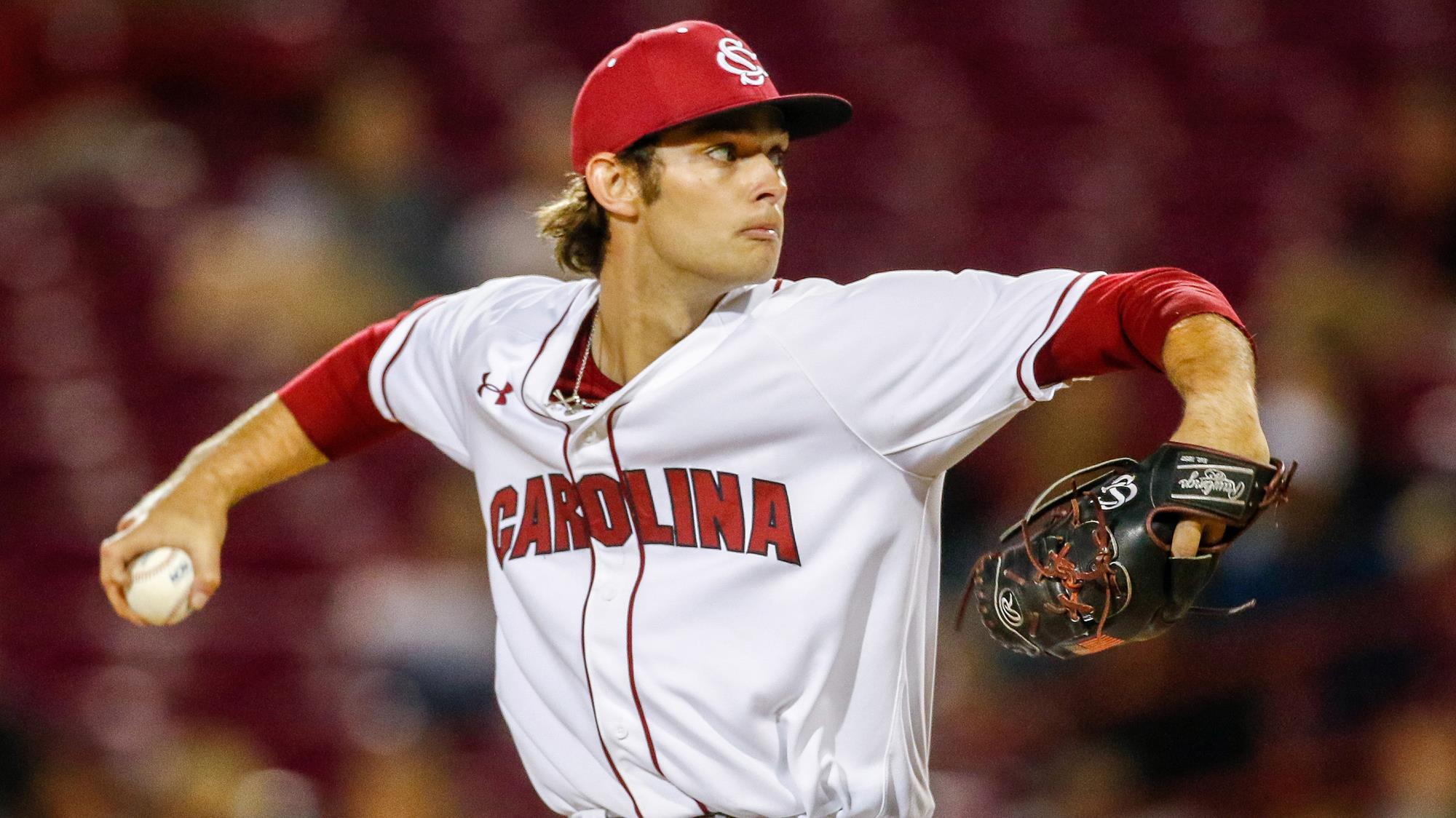 The Gamecocks earn a 12-0, 7-inning win over the Runnin' Bulldogs.

The trio of Aidan Hunter, Cade Austin and Michael Esposito allowed just five hits in recorded the second shutout of the season. Hunter earned the win, his third of the year, as he allowed four hits with three strikeouts and a walk. Austin struck out four, allowing just one hit in two innings of relief. Esposito worked a perfect seventh with a strikeout.

The Gamecocks scored runs in each of the six innings, including a four-run fourth. Michael Braswell, Andrew Eyster, Kevin Madden and Carson Hornung had two hits apiece, while Elijah Lambros drove in three runs. Belk and Madden each homered and scored a pair of runs.

UP NEXT
Carolina opens SEC play on Friday night (March 18) as the Gamecocks travel to Knoxville, Tenn., to face No. 7 Tennessee. First pitch is set for 6:30 p.m., and the game will be on SEC Network Plus.