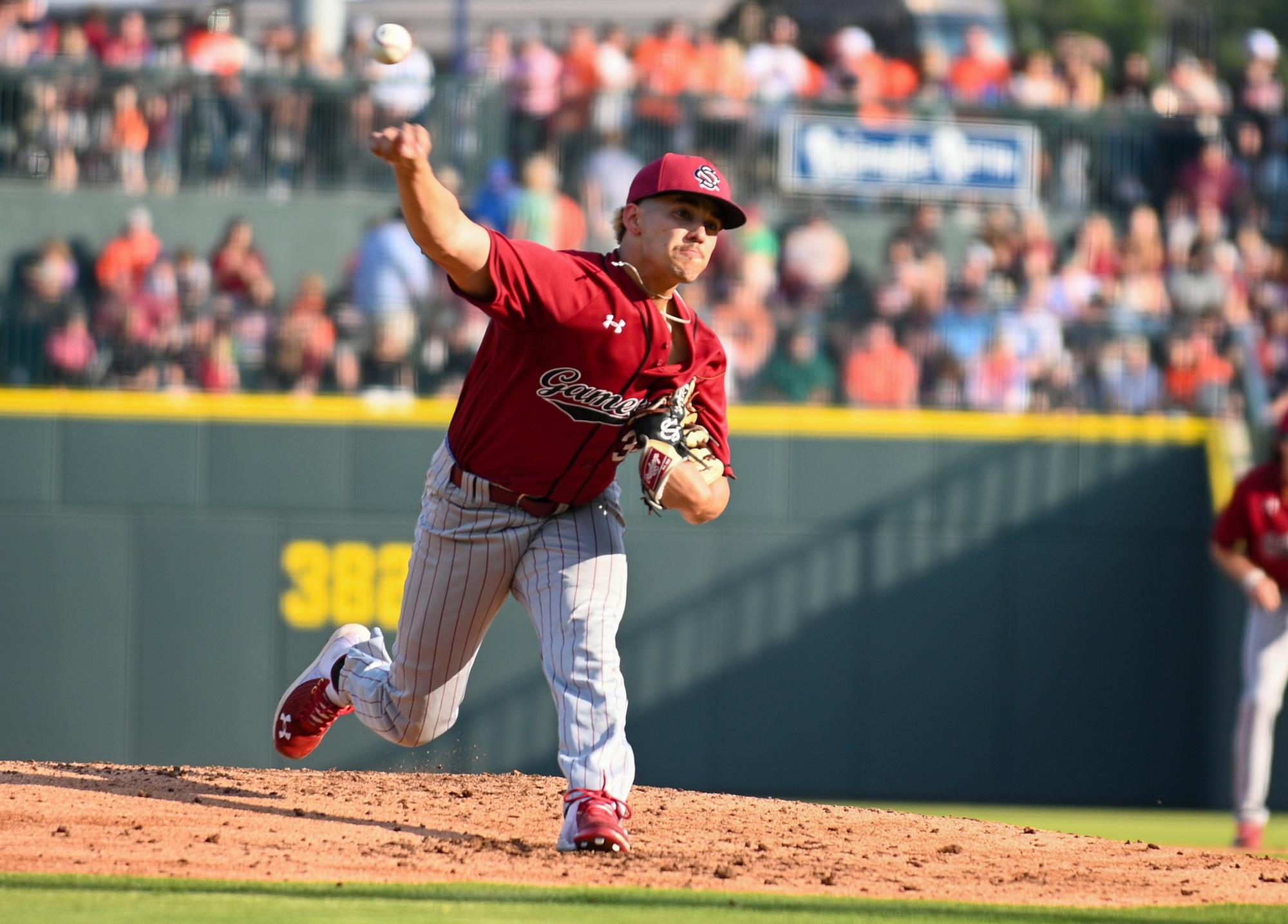 The Gamecocks and Vols resume the series Saturday afternoon at noon.

Tennessee had four home runs on the game, including a two-run shot from Cortland Lawson in the second and an Evan Russell three-run homer in the eighth.

Carolina had five hits on the night. The Gamecocks scored a run in the fifth on Josiah Sightler’s RBI groundout, then plated a pair in the ninth on RBIs from Thad Ector and Burgess.

Noah Hall was tagged with the loss, allowing four runs with five strikeouts in 5.2 innings pitched. Parker Coyne had three strikeouts in 1.1 innings of work.

UP NEXT
Carolina and Tennessee resume the series on Saturday afternoon (March 19) at noon. The game will be televised on SEC Network.