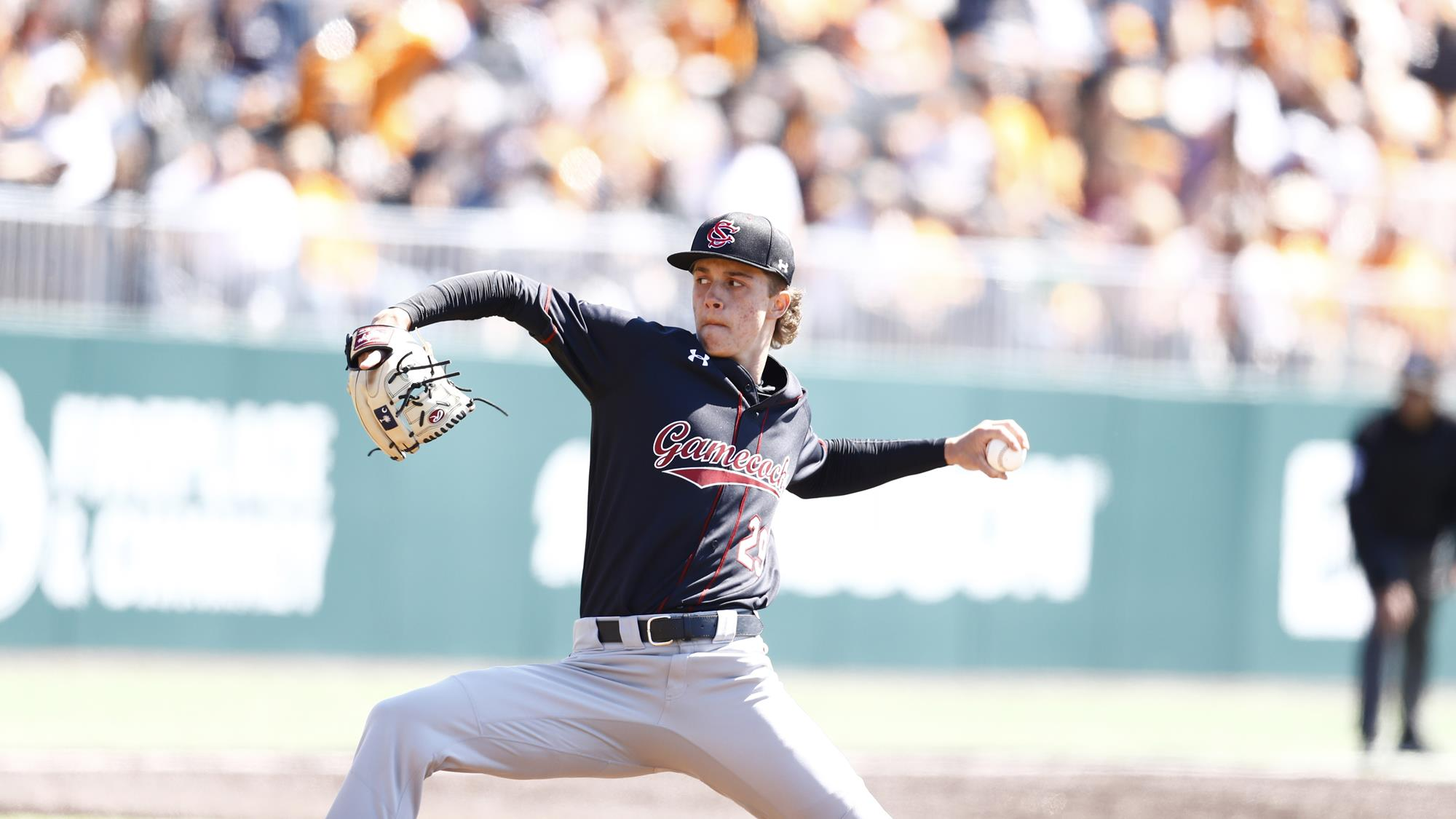 Baseball Falls in Series Finale with No. 7 Tennessee

The Gamecocks are back in action Tuesday night at The Citadel.

KNOXVILLE – The University of South Carolina baseball team was swept by No. 7 Tennessee after falling, 10-0, on Sunday afternoon (March 20) at Lindsey Nelson Stadium.

The Gamecocks were held to one hit on the day, a seventh-inning double from Brandt Belk. Tennessee starter Drew Beam pitched 7.2 innings, striking out three and allowing the one hit.

Matthew Becker had another strong outing, pitching five innings and allowing just two solo home runs to go along with seven strikeouts and one walk.

Tennessee had four home runs on the day, scoring four in the sixth and two apiece in the seventh and eighth frames.

UP NEXT
Carolina wraps up its road trip on Tuesday night (March 22) against The Citadel. First pitch is set for 7 p.m. and the game will be on ESPN+.