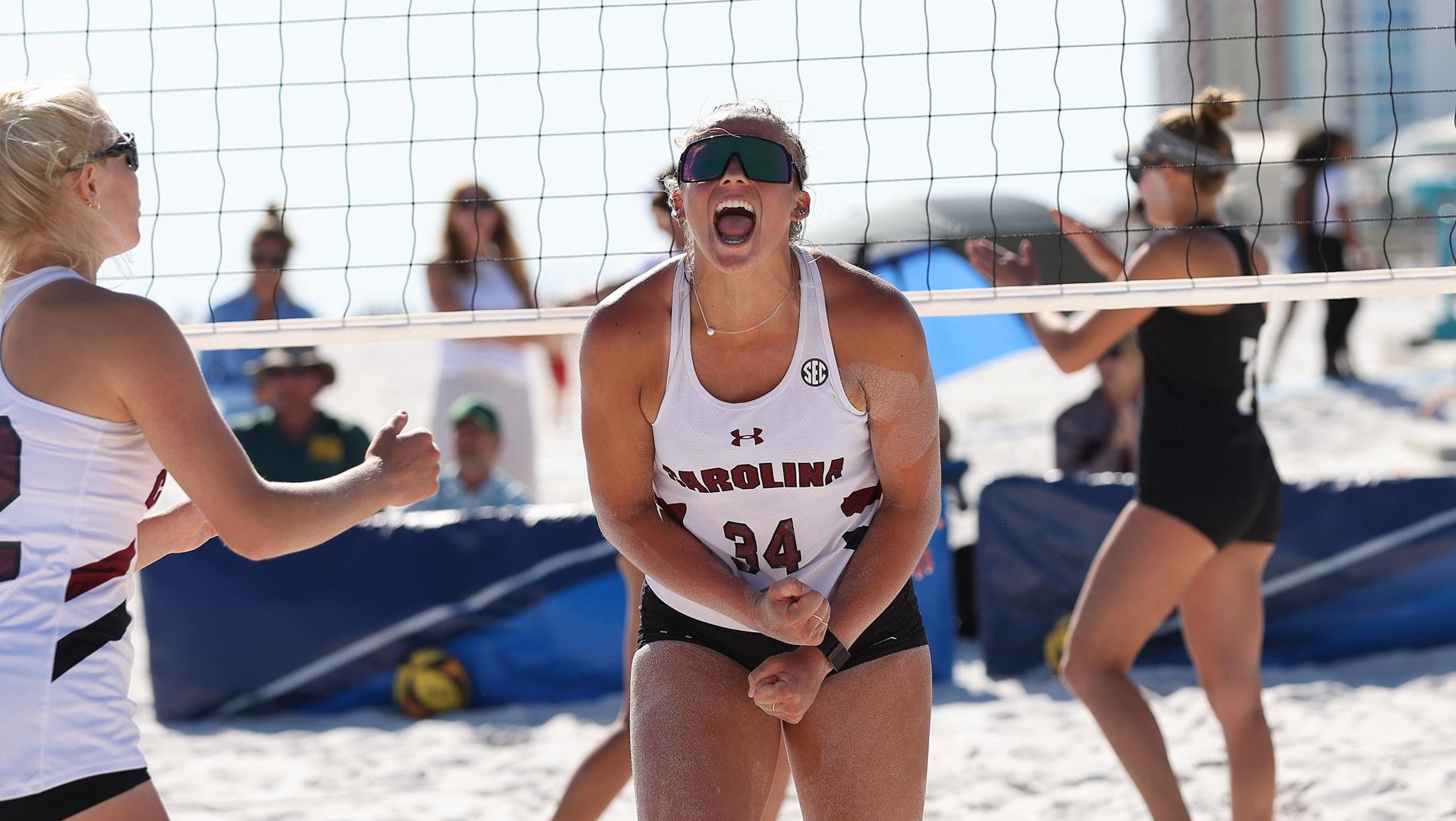 GULF SHORES, ALA. – South Carolina (10-7) picked up another ranked win on the final day of the March to May Tournament in Gulf Shores, Ala., splitting two duals with a win over No. 20 Tulane and a loss to No. 5 LSU.

In the morning against LSU, Lauren Wilcock and Jordan Smith avenged their loss to the Tigers from last week’s home tournament with a three-set comeback effort on court two, but the Gamecocks were downed early by three sweeps. In the weekend finale against Tulane, Abby Carroll and Peyton Gray got the team on the board with a sweep on court four, but the Green Wave evened the score with a win at the fives.

In the top three pairings, Smith and Wilcock won another three-set match to set up the team for a win and Kaeli Crews and Hannah Mackenhausen clinched it with a sweep on court three. Skylar Allen and Whitley Ballard closed out the dual with a three-set win at number one, bringing it home with a 19-17 score in the third.

UP NEXT
The Gamecocks are on a bye week for the weekend of March 25-27, their next game action will be at home for the Carolina Challenge April 1-2. The team hosts Jacksonville and Stetson on Friday, April 1 and UAB and UNCW on Saturday.