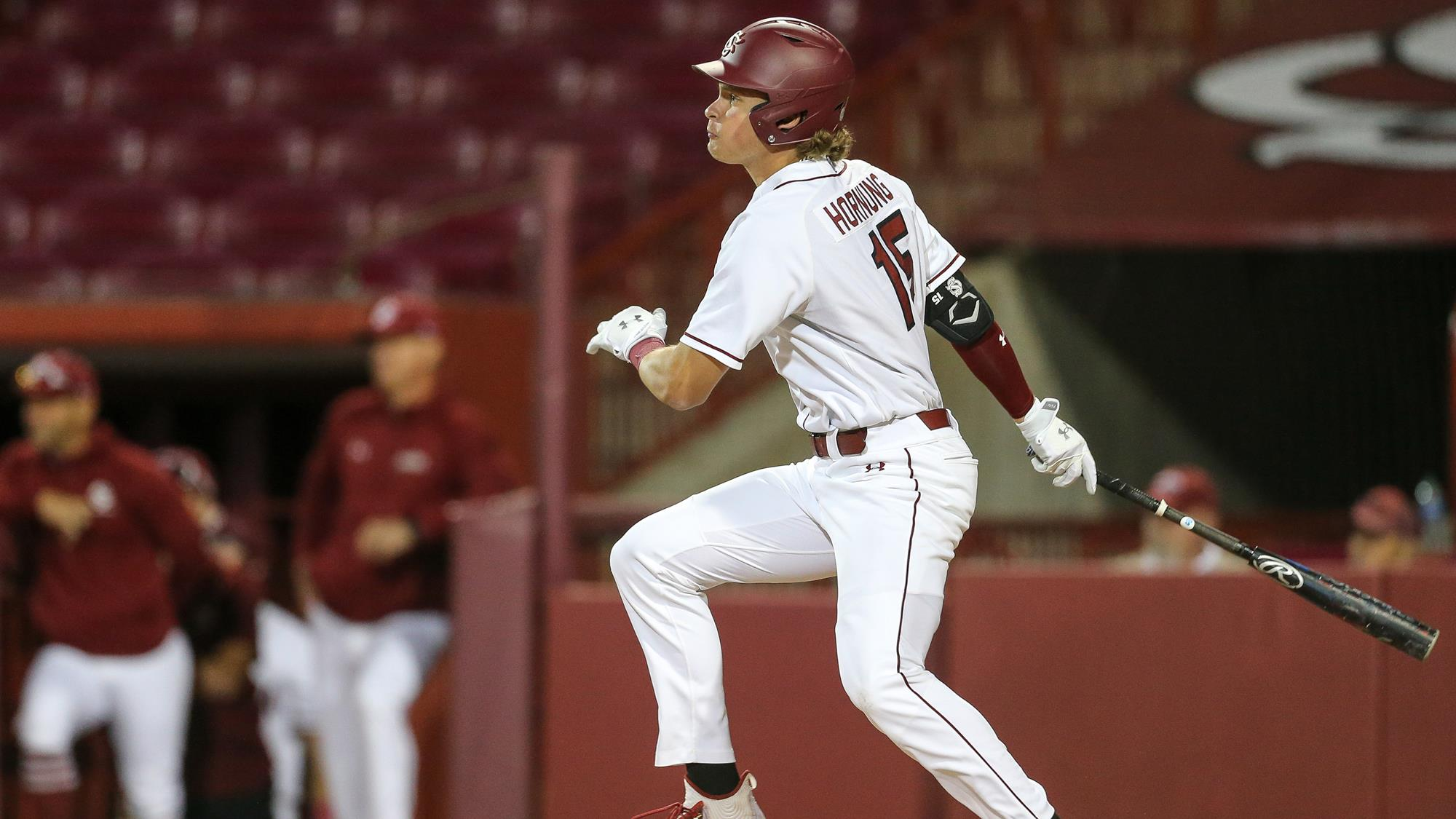 The Gamecocks tied the game at six in the fourth, but allowed three runs in the final three frames.

Carolina scored runs in the first and third innings on an RBI single from Braylen Wimmer and a wild pitch, respectively. Presbyterian took a 6-2 lead in the top of the fourth, but the Gamecocks answered with four runs in the bottom half on two-run singles by both Brandt Belk and Kevin Madden.

The game remained deadlocked at six until the top of the seventh as Chris Veach doubled to bring in the game-winning run. The Blue Hose added two runs of insurance in the top of the ninth.