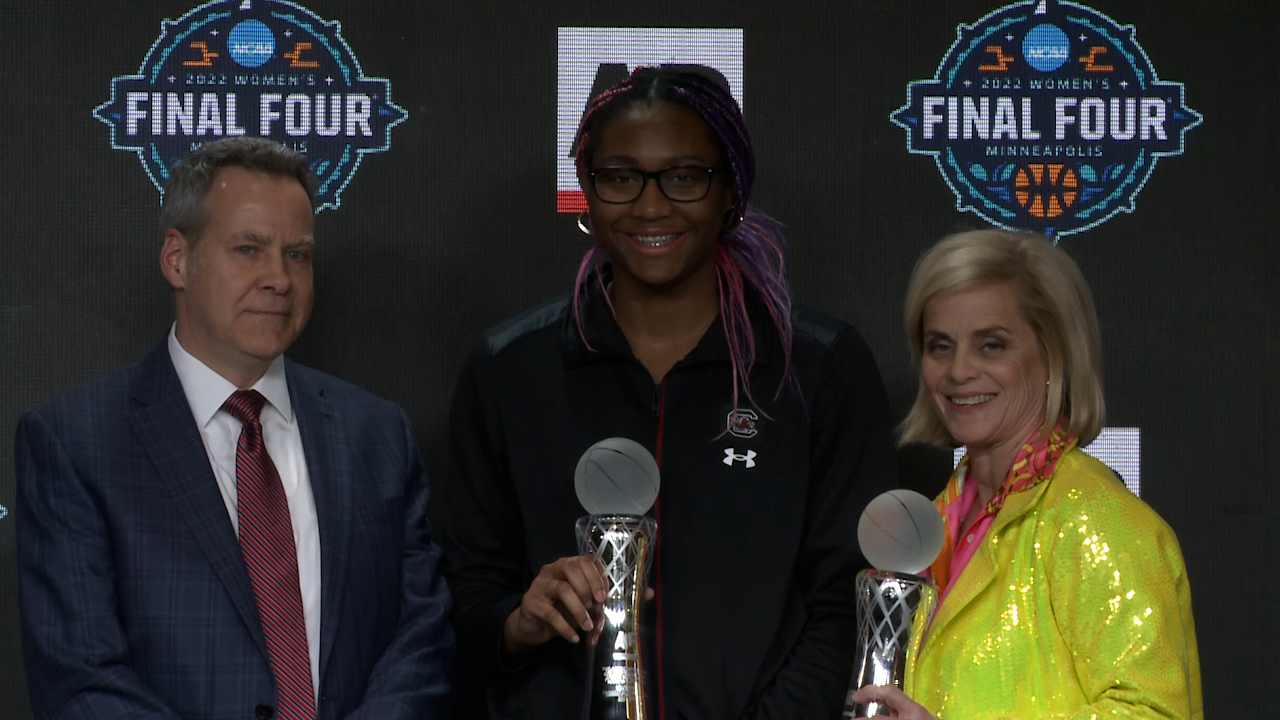 Boston and Staley Collect National Honors from AP and WBCA

The two previously swept the Naismith National Awards on Monday

Entering the Final Four matchup with Louisville on April 1, Boston already has single-season career highs in points, rebounds and steals. The junior carried a double-double streak of 27 games during the season, which shattered the SEC record and included a double-double in ten of the team’s 12 wins over nationally ranked opponents. Offensively, Boston is shooting 54.2 percent from the field – best in the SEC – and averages 16.8 points per game. Defensively, Boston ranks in the top-10 nationally for blocked shots (87; 9th), defensive rebounds per game (8.3; 7th) and total rebounds per game (12.2; 5th). She anchors a team defense for South Carolina that leads the nation in field goal percentage defense, blocked shots and rebound margin.

Staley has the wire-to-wire No. 1-ranked Gamecocks in their fourth Final Four appearance of the last seven tournaments and holds a 33-2 overall record so far this season. Staley led the Gamecocks to their sixth regular season SEC championship in the last nine seasons and its fourth undefeated home season, going 16-0 at Colonial Life Arena with five of the wins coming against ranked teams. In total, the Gamecocks hold a 12-0 record against ranked opponents, a win percentage and win total that no other team in the nation can match. Defense is the calling card for Staley’s squad; entering the Final Four, South Carolina is holding opponents to just 32.7 percent on field goal attempts and only one team all season scored more than 65 points in a game. Along with the nation’s top field goal percentage defense, the Gamecocks top the national ranks with a +20.6 scoring margin that includes four wins by an average of 28 points per game through their first four NCAA tournament games this postseason.

The WBCA also finalized its All-America honorable mention team on Thursday, senior guard Destanni Henderson made the 42-woman team after joining Boston on the Region 2 All-America team on March 24.