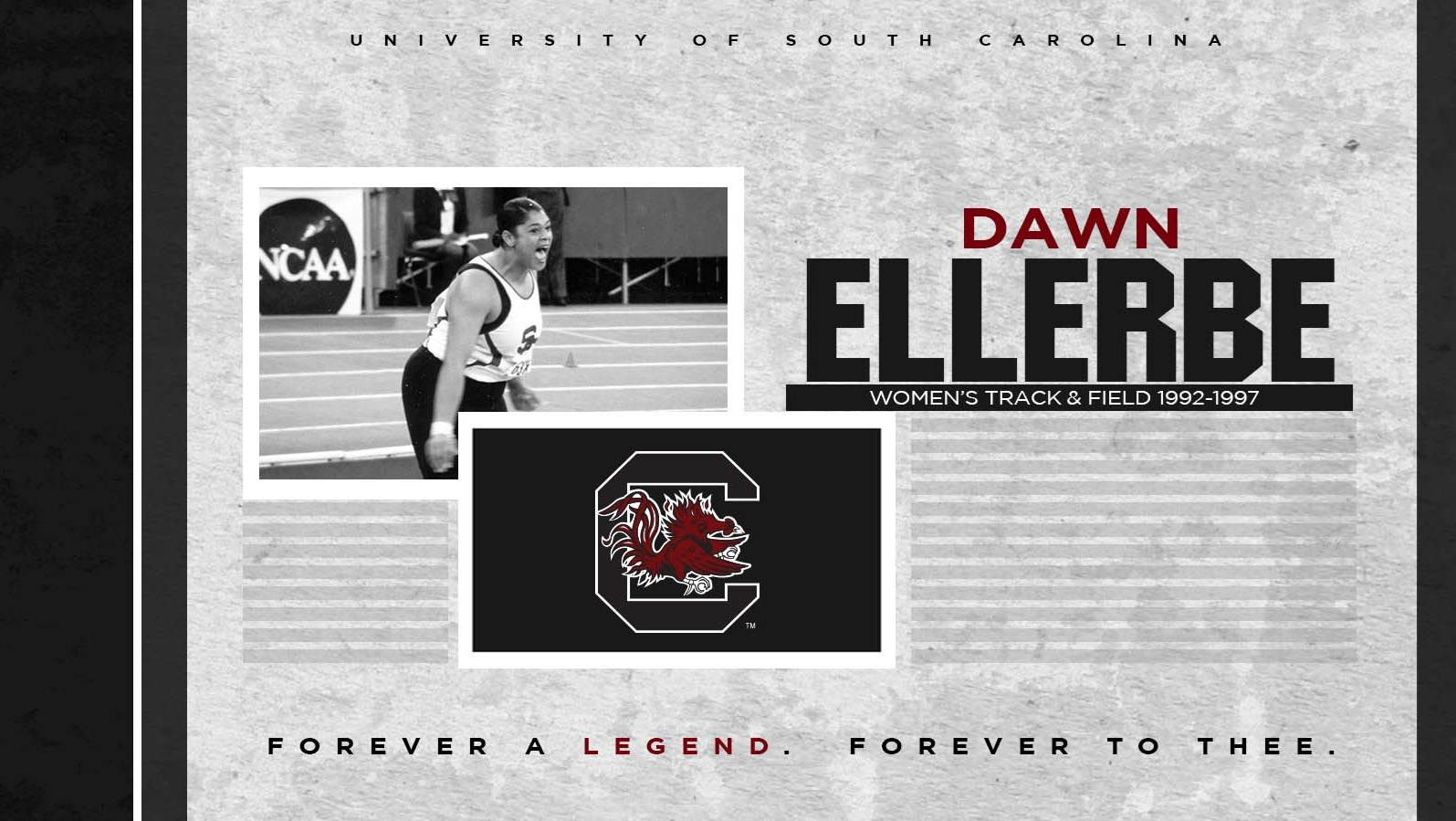 Ellerbe's jersey retirement ceremony is slated for 2 p.m. on April 16 at the Gamecock Invitational

“It’s going to be one of the most special things we’ve ever done,” Frye said. “Dawn was a part of the beginning stages of the dominance of women’s sports. She became a pioneer here and held World records. She came here and developed into an Olympian and World record holder. She was dominant in the SEC and won multiple NCAA titles.

“She is a picture of the fact you can be great at Carolina. For our women’s programs to be as prominent as they across our entire athletic department, there had to be a picture of women’s success. I think Dawn is the epitome of that picture of excellence in athletics. I am so proud South Carolina was a part of her journey.”

Ellerbe competed at South Carolina from 1992 until 1997 and is one of the greatest throwers in program history.

Ellerbe had a stronghold on the collegiate throwing scene in 1996 and 1997, sweeping the indoor weight throw and outdoor hammer throw titles for her four titles in 1996 and 1997. In 1996, Ellerbe won the hammer throw with a collegiate and American record toss of 63.76m/209-1. Ellerbe’s performance in 1996 marked the first time a collegian tossed the hammer over 200 feet.

The four-time national champion also won four SEC individual titles as a Gamecock. She swept the SEC titles in the indoor weight throw in 1996 and 1997. Ellerbe also won the outdoor discus in 1995 and 1996. At the 1996 Outdoor SEC Championships, Ellerbe was named the High Point Scorer for her performance. She was also named the SEC Indoor Track and Field Women’s Athlete of the Year.

Ellerbe will be honored at the Gamecock Invitational at 11:50 a.m. on April 16. A private reception on April 15 will precede the recognition.