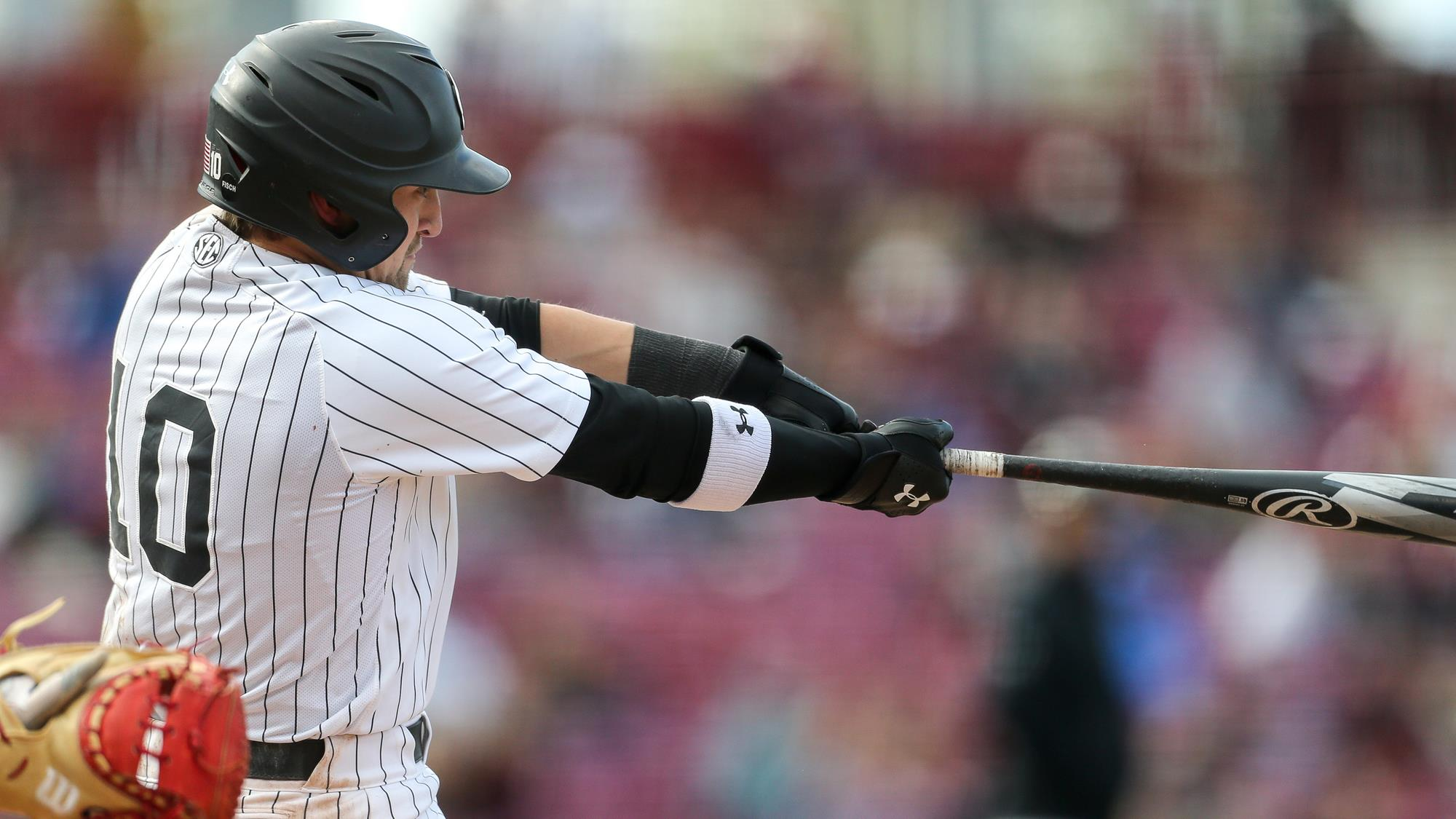 Baseball Bounces Back with a Saturday Win over Georgia

The Gamecocks score multiple runs in four innings to even the series.

COLUMBIA – The University of South Carolina baseball team scored multiple runs in four innings, including five in the bottom of the eighth, in a 13-7 win over No. 14 Georgia on Saturday afternoon (April 9) at Founders Park.

Colin Burgess led the way for the Carolina offense, driving in four runs and scoring three. He hit a three-run home run in the bottom of the fifth to give Carolina an 8-2 lead. Brandt Belk, Andrew Eyster and Talmadge LeCroy each had two RBI apiece.

Will Sanders earned the win on the mound. He struck out nine in 6.1 innings, allowing five hits and three earned runs. Matthew Becker picked up his first save of his Gamecock career, striking out five in 2.2 innings.

Carolina plated a pair of runs in the second as Burgess scored Eyster on a groundout and Josiah Sightler came home on a wild pitch. The Gamecocks added three in the fourth and Burgess’ blast in the fifth put the Gamecocks up six. Georgia would chip away at the lead, scoring two in both the seventh and eighth frame, but a five-spot in the bottom of the eighth had a bases loaded walk to Belk and two-run hits from LeCroy and Eyster.

UP NEXT
The Gamecocks and Bulldogs close out the three-game series on Sunday, April 10 at 12 p.m. The game will be on SEC Network with Roy Phillpot and Roddy Jones on the call.