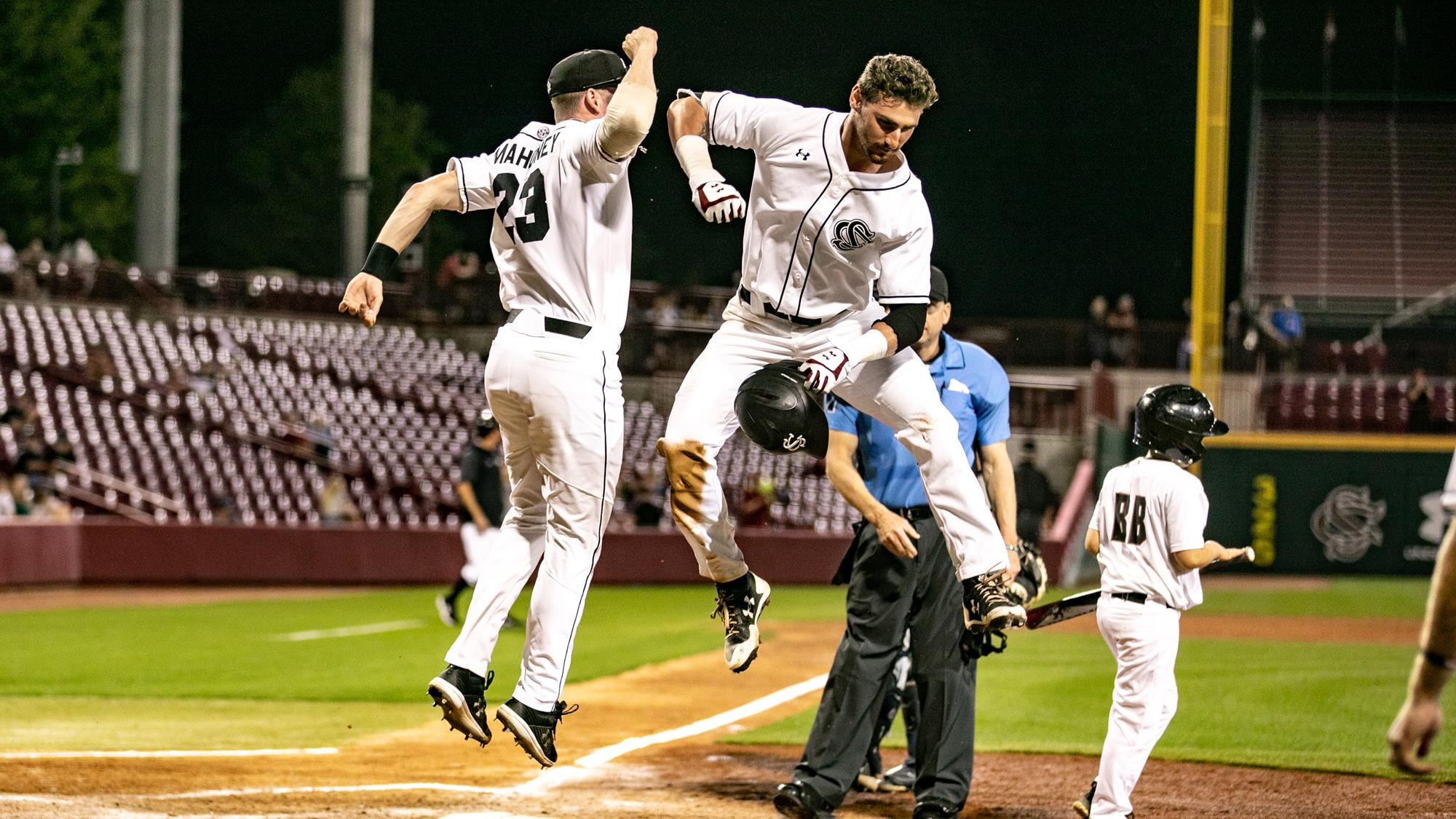 With the game tied at two in the bottom of the sixth, Burgess hit his third home run of the season, a shot into the visitor’s bullpen. Sightler’s came one inning later to the home bullpen. It was his fifth of the year. In the top of the seventh, Sightler started a big 3-6 double play to thwart an Osprey rally.

Six Gamecock pitchers combined to allow just four hits on the night. Eli Jones struck out three in 2.2 innings pitched. Cam Tringali struck out a batter in an inning of work and earned the win while Matthew Becker earned his second save, striking out three in two innings of work.

Sightler was a perfect 3-for-3 while Talmadge LeCroy had two hits in the win.

UP NEXT
Carolina opens a three-game SEC series with Ole Miss on Thursday night (April 14) at 7 p.m. The game will be on SEC Network Plus.