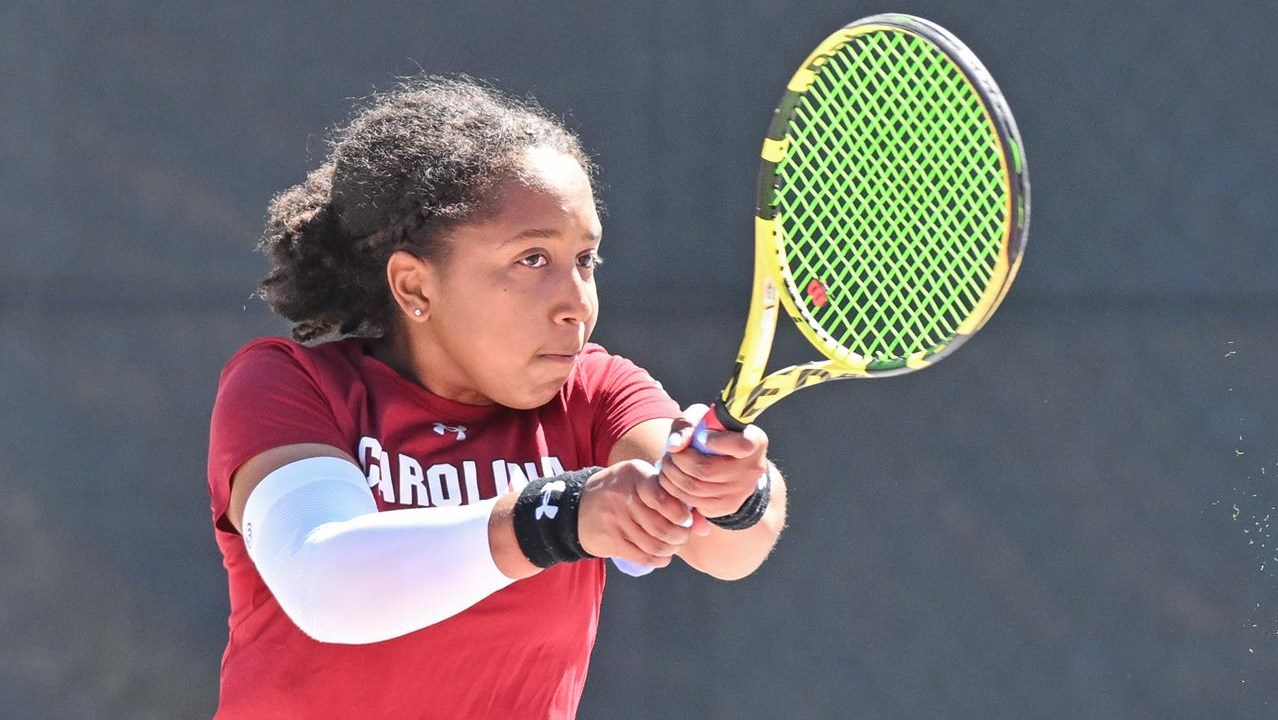 Columbia, S.C. – Sarah Hamner and Ayana Akli of No. 28 South Carolina women’s tennis were selected for the NCAA Singles Championships on Tuesday evening. Hamner was the SEC’s automatic qualifier and is seeded sixth, while Akli was an at-large selection.

The 64-person singles tournament starts Monday, May 23, at the Khan Outdoor Tennis Complex in Champaign, Ill. The draw for the individual championships will be announced at a later date.

Akli will be making her second appearance in the singles championship after she received a bid as a sophomore in 2021 while at Maryland. She advanced to the second round when she downed North Carolina’s Fiona Crawley in the first round who was 30-0 entering the contest. Akli was the first player at Maryland since 2011 chosen for the NCAA Singles Championship.

Hamner is set to make her first appearance in the singles contest.

Akli, named to the All-SEC First Team this season, is currently ranked No. 56 nationally in singles and played most of her matches in the No. 2 position for South Carolina. She boasts a 26-15 singles record which includes a 13-7 mark in dual matches and a team best 9-2 SEC record. Akli has 15 ranked singles wins this season, earning 11 in straight sets. She wrapped up the season on a ten-match winning streak that began with the March 13 match against then-No. 23 Georgia. In the SEC Tournament, Akli went 2-0 and won both matches in straight sets.

Hamner, the SEC Freshman of the Year, looks to add on to her already impressive rookie season. She was named to the All-SEC First Team and the SEC All-Freshman Team and is currently ranked No. 5 nationally in singles. Hamner is 33-8 this season with a 15-5 dual match record and an 8-3 SEC performance from the No. 1 spot. The Boca Raton, Fla., native has topped 20 ranked opponents this season, seven of which were on her way to winning the ITA All-American National Championship in singles. Hamner’s 33 wins is currently tied for third in the South Carolina record book for singles wins in a season.

While no Gamecock doubles pairs made the automatic or at-large selections, the No. 40 duo of Megan Davies and Hamner are listed as the eighth alternate for the doubles championships. They are 6-4 from the No. 1 spot in SEC play and have two ranked wins over Nos. 10 and 62.