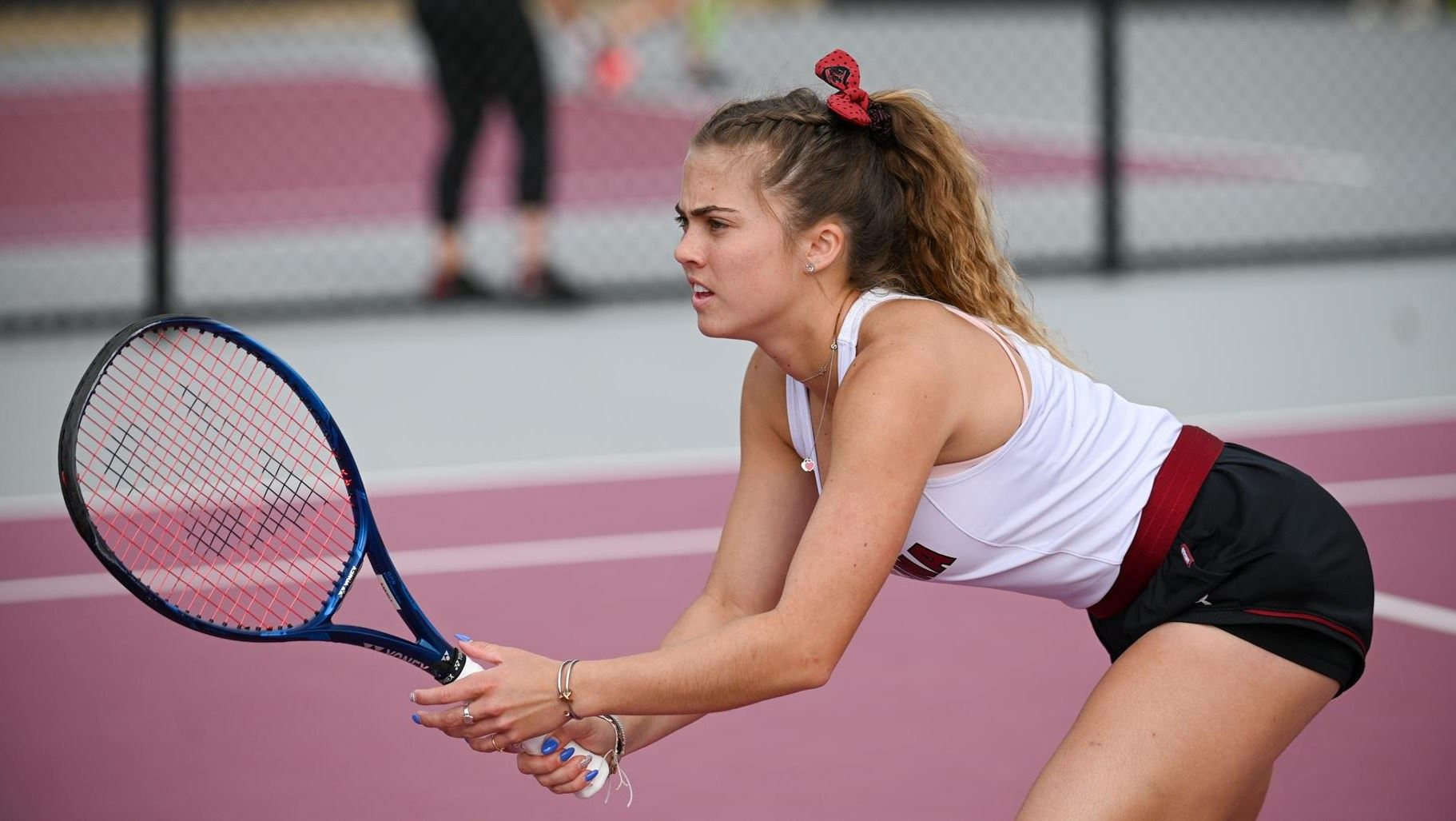 Columbia, S.C. – Gamecock Women’s Tennis freshman Sarah Hamner was selected to the USTA 2022 Collegiate Summer Team, the USTA announced Thursday. She is one of five women on the team and is the only SEC player to make the list on the women’s side.

Each of the players was selected based on a number of criteria, including rankings, individual collegiate tournament results or Intercollegiate Tennis Association honors. Players on the team are eligible to receive a grant for travel to USTA Pro Circuit events and coaching support over the summer. Vanderbilt assistant coach Hayley Carter will coach the women on the team.

Hamner, an All-American who ended the year as the No. 4 player in the nation, entered the NCAA Singles Championship as the No. 6 seed and advanced to the Round of 32. She was named the ITA Carolina Region Rookie of the Year following her standout freshman season.

The SEC Freshman of the Year was selected to the All-SEC First Team and the SEC All-Freshman Team, becoming the first Gamecock to receive all three honors in the same year. Hamner was also the first in program history to reach the No. 1 ranking in singles.

The Boca Raton, Fla., native broke into the South Carolina record book in multiple spots this year. She earned 35 singles wins to tie for the second-best single season record in Gamecock history and is the first to have a 30-win season since 2009. Hamner also topped 22 ranked opponents in her freshman campaign and earned 16 wins in dual matches in the No. 1 spot for South Carolina.

Hamner made an impact in the fall when she became the ITA All-American National Champion in singles. She is the first in South Carolina history to earn the title. At the end of her historic season, Hamner was named as a finalist for the 2022 Honda Sport Award for Tennis.

The full USTA Collegiate Summer Team is listed below: