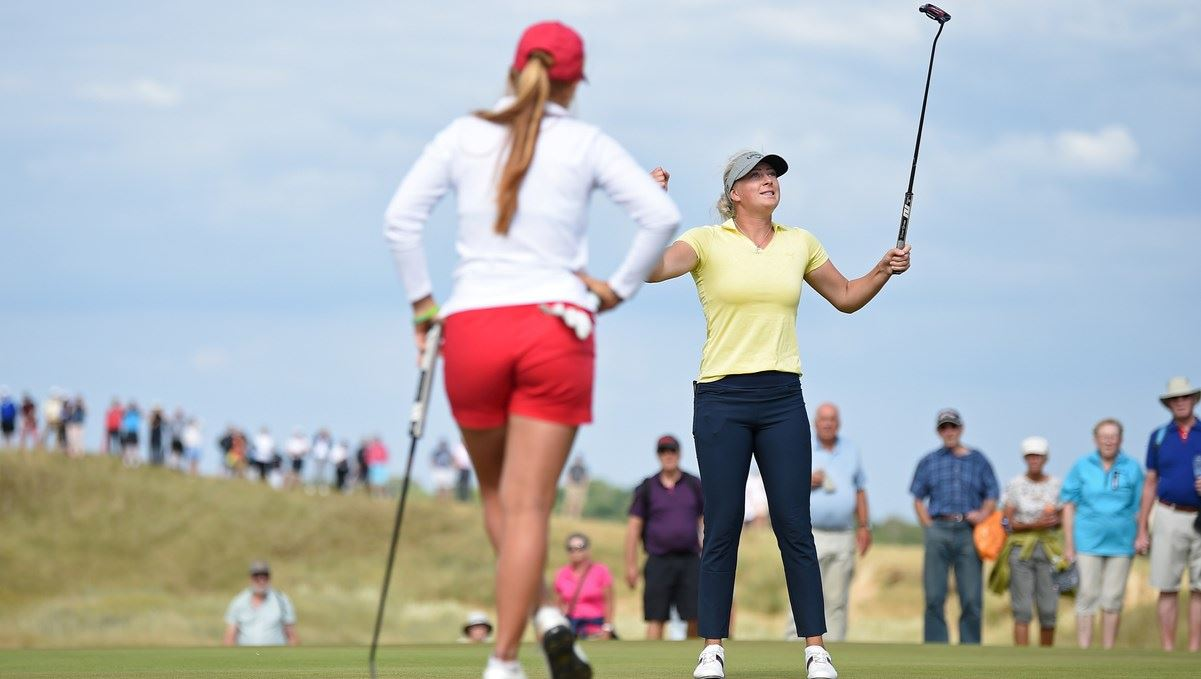 Rydqvist Advances to Title Match of The Women's Amateur Championship

Rising sophomore went 5-0 in match play ; Gamecocks had two in the semifinals.

HUNSTANTON, England — All-American Louise Rydqvist is headed to the title match at The Women’s Amateur Championship after winning 1-up in the semifinals over Spain’s Carla Bernat. Rydqvist trailed the entire match and won her final three holes to complete the comeback victory.

She’s gone 5-0 in match play after finishing 24th in stroke play at even par.

Teammate and fellow All-American Hannah Darling also advanced to the semifinals today Hunstanton Golf Club. Her comeback attempt came up just shy as she fell to England’s Jessica Baker. Darling went 4-1 in match play and finished 6th in stroke play at 5-under.

Rising senior Justine Fournand advanced to match play as well alongside Rydqvist and Darling. She fell 6&4 to Germany’s Helen Briem in the round of 32.

The R&A will have live coverage of the championship tomorrow on its YouTube channel starting at 3:30 a.m. (ET).

The Women’s Amateur Championship is one of the leading championships in amateur golf for female golfers.The championship, founded in 1893, attracts an international field with former winners including McCormack Medal winner Leona Maguire and major champions Georgia Hall and Anna Nordqvist.