Awotunde, who competed in the first of the two groups, recorded a best mark of 21.18 meters, third in his flight and sixth overall. Fellow Americans Ryan Crouser (22.28) and Joe Kovacs (21.50) posted the top two marks in the prelims. Former Gamecock Eric Favors competed in the same event for Ireland, but did not advance after posting a best mark of 19.76 meters.

The men’s shot put finals are slated for Sunday, July 17, with 12 competitors vying for the gold medal.

On the track, former Gamecock National Champion quarter-miler Wadeline Jonathas ran a leg on the United States’ heat-winning 4×400 meter mixed relay team. That foursome posted a time of 3:11.75. Jonathas did not run in the finals, as the U.S. team took the bronze medal with a time of 3:10.16.

The World Championships continue at historic Hayward Field in TrackTown, USA through July 24. 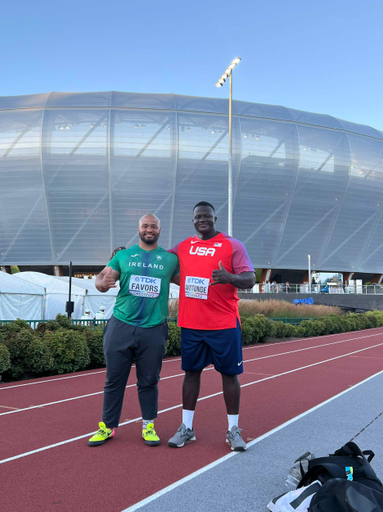