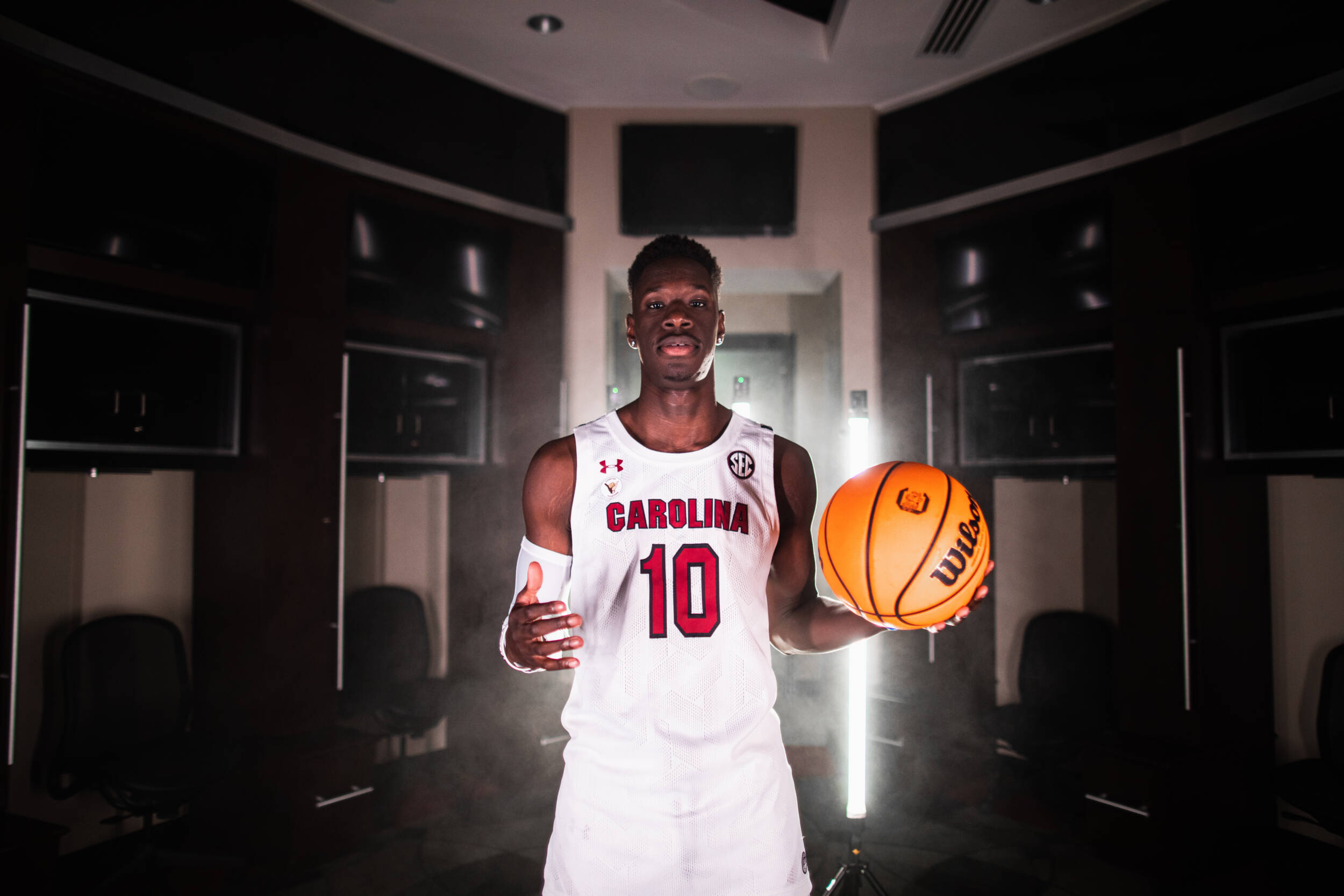 COLUMBIA, S.C. — Transfer guard Ebrima Dibba will miss the 2022-23 season due to an Achilles injury suffered in on-court summer workouts. The Bredäng, Sweden, native had successful surgery and has already begun the rehab process.

“What an unfortunate set of circumstances for Ebo,” said head coach Lamont Paris. “He is an extraordinary young man who has worked incredibly hard to get to this point. It will be this work ethic, as well as his positive attitude, that will spearhead his recovery. He has already begun attacking his rehabilitation with a determination I have not seen in a long time.”

“What is delayed is not denied. I have a great support system and a great team around me,” said Dibba. “I will come back better than ever. Can’t wait to put on the Garnet and Black and play in front of y’all. God’s plan for our future is always more beautiful than our desire.”

Dibba averaged 8.2 points, 5.2 assists and 4.8 rebounds per game over four seasons at Coastal Carolina (2018-22). He played in 90 games, making 87 starts for the Chants. Dibba is also an outstanding student as he was named to the Coastal Carolina President’s List in 2021 with a 4.0 GPA.