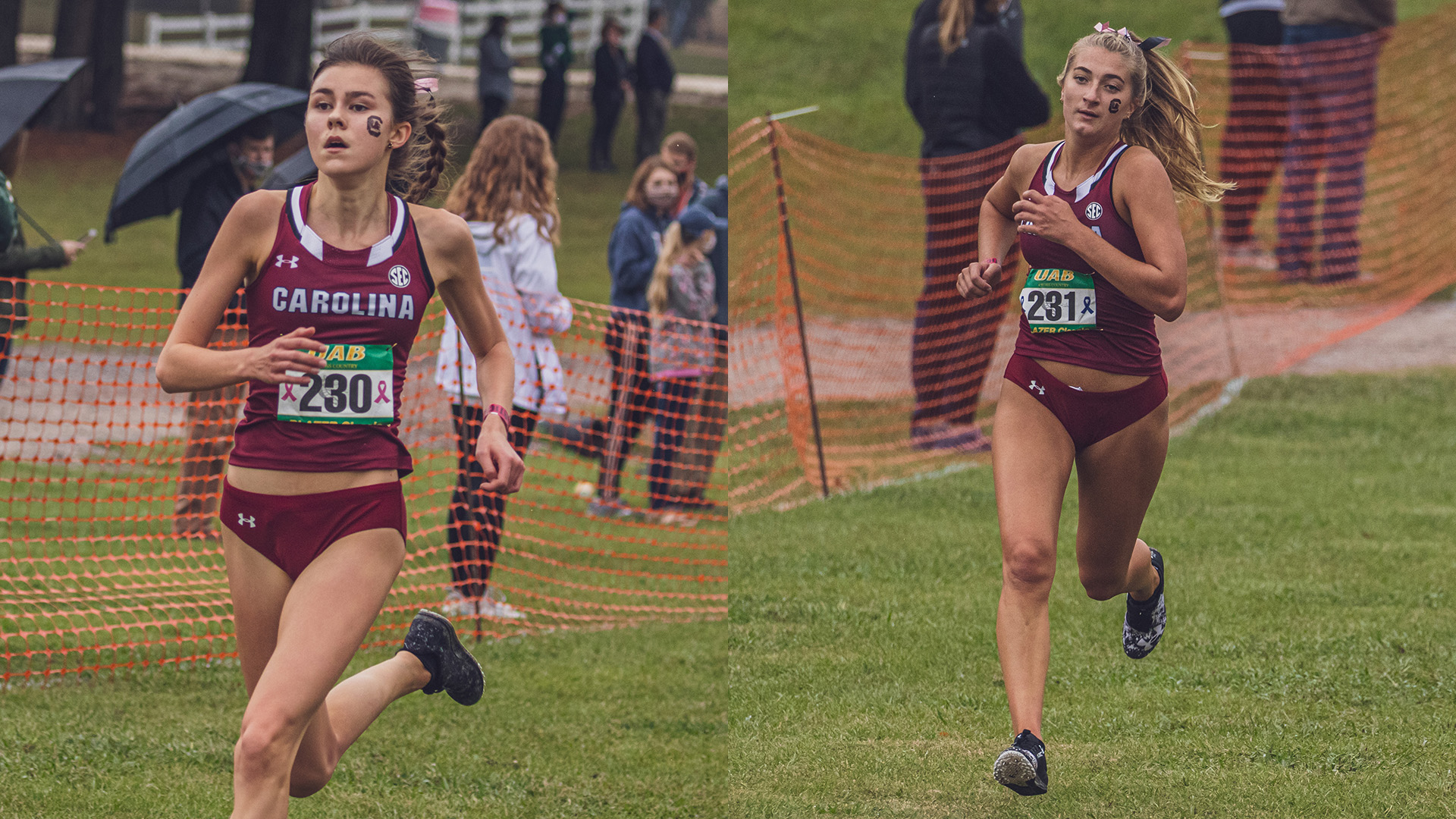 COLUMBIA, S.C. (Sept. 2, 2022) – With the 2022 Cross Country season set to begin for the Gamecocks tomorrow in Camden, Cross Country Coach Andrew Allden has named a pair of veteran runners as captains for the 2022 cross country campaign. Hope Dominique and Katerina Hendrix will don the honors heading into the Carolina Challenge tomorrow, hosted by South Carolina.

“Hope has been a performance leader since her freshman year when she was the 10th-best freshman in the SEC,” added Coach Allden. “We look forward to Hope’s leadership off the course just as much as she has provided it on the course in recent years. Kat has taken a leadership role in recent years including this preseason and we look forward to her stepping into more of the formal role this year. I feel we have great leadership and the team who voted for these two individuals made excellent choices.”

Dominique returns as the best finisher for South Carolina in the 2021 SEC Championship a season ago. The North Carolina native appeared in just one cross country meet last season but made her presence felt with a 6K time of 22:50.4 to lead all Gamecocks. In 2020, Dominique finished 10th among all SEC freshmen at the SEC Championship with a time of 21:46.1 in the 6K, setting a new PR.

Hendrix has competed in seven cross country events in the last two seasons, including all five meets last year. Last season, Hendrix kicked off the season with a new PR in the 5K with a time of 19:40.2 and later finished eighth at the Winthrop Invitational two weeks later with a time of 20:00.75. The Spartanburg, S.C. product also recorded her new 6K PR last year at the Paul Short Run on Oct. 1 when she clocked a time of 23:12.0.