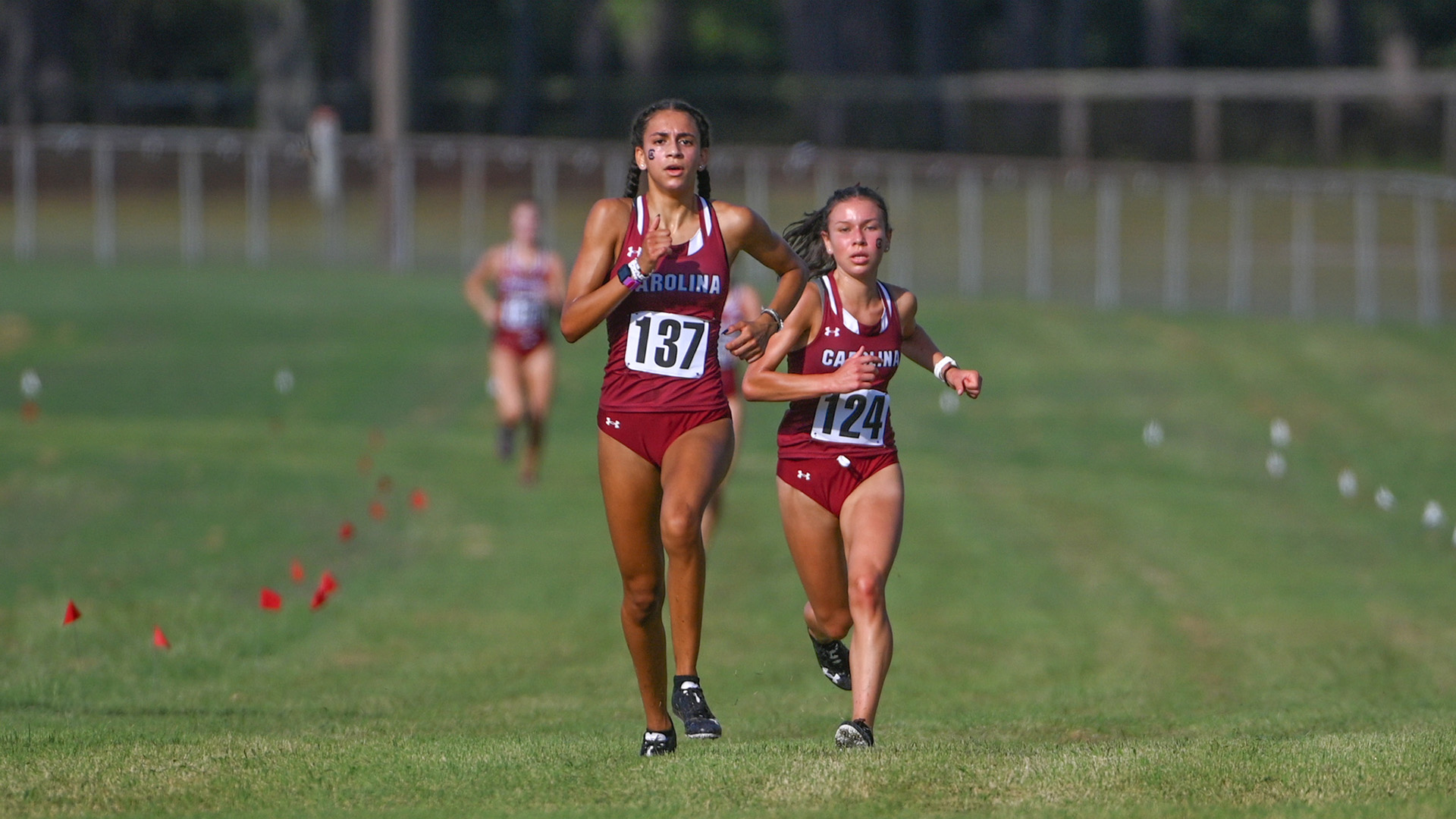 Freshmen duo lead the charge as Carolina claims the title

CAMDEN, S.C. (Sept. 3, 2022) – The 2022 Cross Country campaign started on the right note for the Gamecocks as they came out victorious in the Carolina Challenge on Saturday morning in Camden, S.C. The home squad claimed the podium with 22 points, led by a pair of freshmen runners in Ella Zeigler and Anna Boyd who finished second and third, respectively.

“Most of all I was pleased with the performance of the freshmen,” stated Cross Country Coach Andrew Allden. “I was pleased with their aggressiveness and that they weren’t shy and were able to stay in there. We also managed to put four runners in the top five, which I am very pleased with. The young lady from Coastal [Carolina] is a solid runner and did well at regionals last year. Would have liked to have been a little closer to her, but I think that by the end of the season our runners will be closer to the front.”

Hope Dominique, recently named team co-captain, as well as freshman Hayden Withers and sophomore runner Lily Weeks rounded out the scoring efforts for the Gamecocks. Dominique claimed fourth overall with a time of 19:12.5, followed by Withers at 19:19.5 to finish fifth in her collegiate debut. Weeks captured eighth in the standings as she crossed the line at 19:42.7.

The remaining six Gamecock runners finished 21st or better, including senior Emily Smith who rounded out the Top-10 with a time of 20:11.2 to place 10th overall. Junior distance runner Jenna Pellizzari logged a new personal-record time of 20:25.8 in today’s race, finishing 14th overall in the standings.

The Gamecocks will return to action on Saturday, Sept. 17 when South Carolina heads to Winthrop for the 2022 Winthrop Invitational in Rock Hill, S.C.