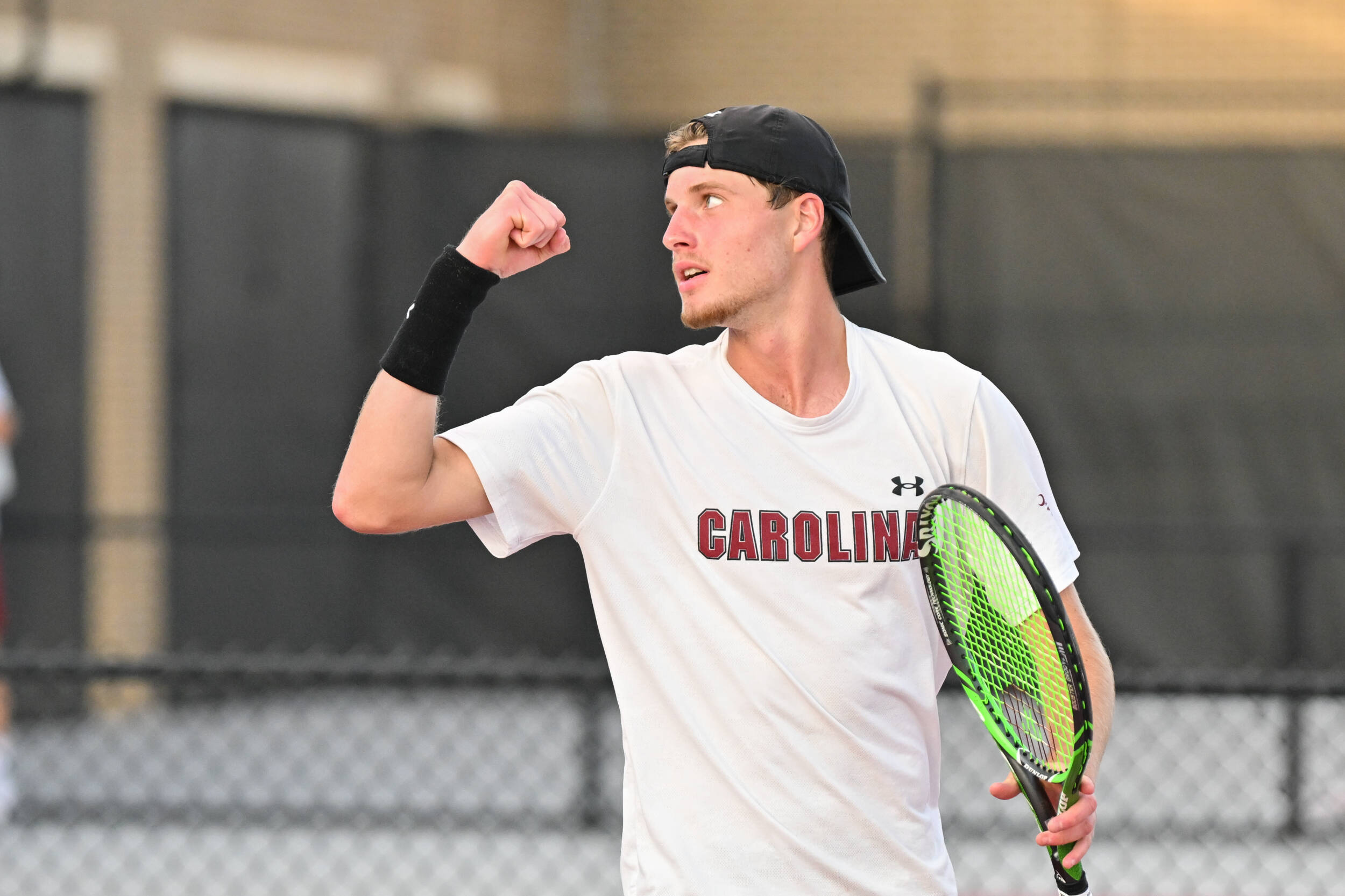 Columbia, S.C. – South Carolina men’s tennis juniors Toby Samuel  and Connor Thomson  both earned preseason rankings from the Intercollegiate Tennis Association (ITA) ahead of the 2022-23 season. Both players appear in the singles rankings and pair together for a spot in the doubles rankings.

Samuel enters the Fall 2022 season ranked No. 37 in the country. The Bournemouth, England, native is coming off the 2021-22 season with an impressive 28-9 overall singles record including a 17-5 mark in dual action, primarily playing from the No. 2 position. He ended the 2022 dual season on a seven-match win streak and clinched a team-high seven matches for the Gamecocks.

Thomson will begin the season tied at No. 89 in the country. The captain led the team in overall singles wins last season with 31, posting a 31-9 overall mark and a 21-5 record in dual action. Thomson ended the season on a five-match win streak and clinched three matches on the season, most notably with a comeback win to topple then-No. 1 ranked Tennessee.

The pair of Gamecocks comes in at No. 37 in the doubles rankings together. During the 2021-22 season, Samuel had an overall doubles record of 21-10 while Thomson had a record of 26-10. Samuel primarily paired with Jake Beasley  at the No. 2 position and Thomson primarily partnered with Daniel Rodrigues  at the top spot in the lineup. Thomson and Rodrigues were selected to compete in the 2022 NCAA Doubles Championships where they made a deep run to the semifinals, the furthest that a doubles team has gone in program history.

The Gamecocks prepare for upcoming tournament play and will make their first appearance of the season in Nashville, Tenn., at the Vanderbilt Fall Invitational Sept. 23-25.