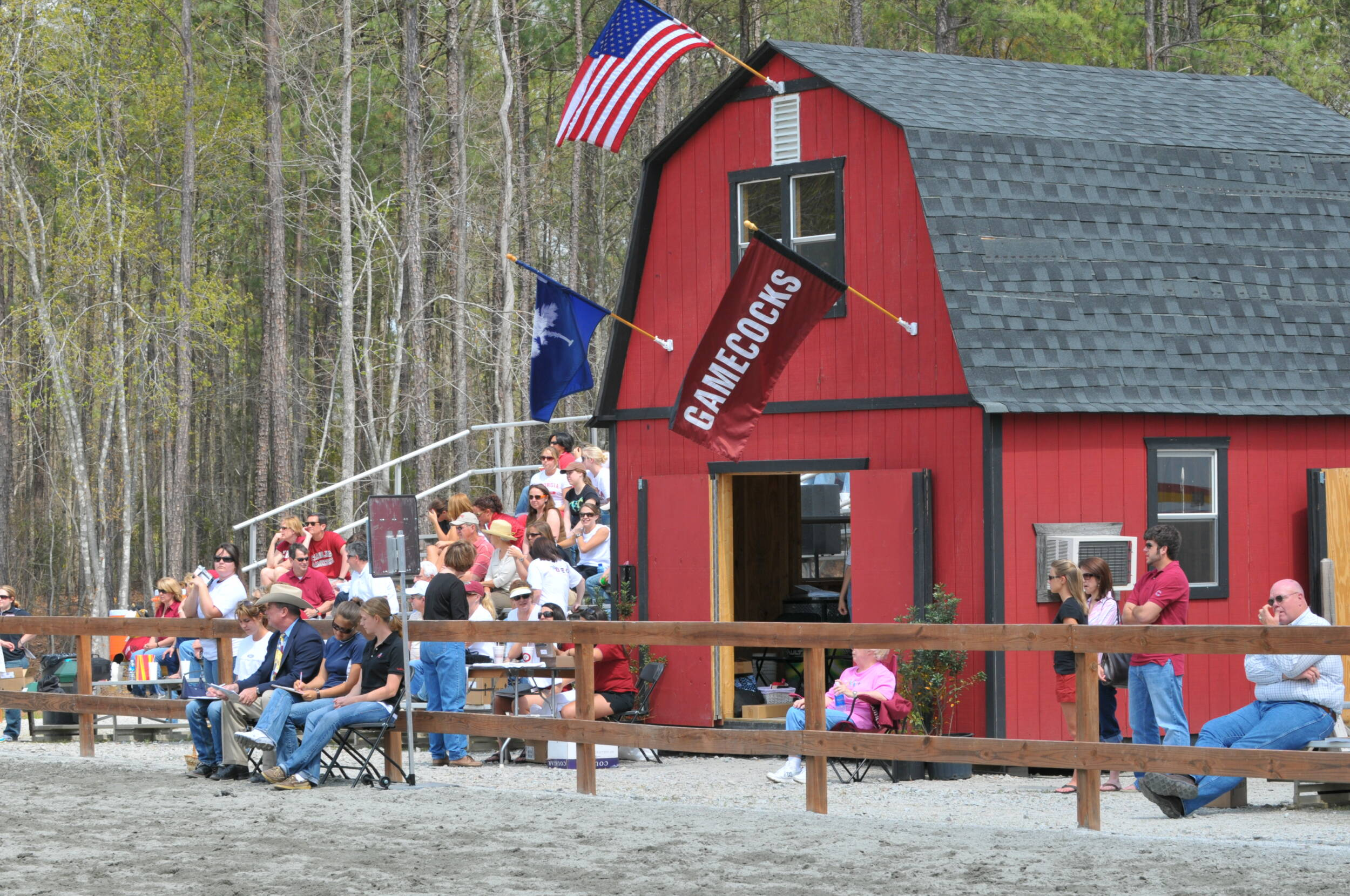 BLYTHEWOOD, SC – The Gamecocks Equestrian team completed the Garnet & Black Scrimmage on Friday as the team prepares for the 2022-23 season.

On the flat, 5th year Trinity Hammerschmidt got the points started for the Garnet team after her 88 on Barnaby took down Ellie Beard’s 79. The tides began to turn for the Black team after Mary Hunter Millet’s 73 on Murphy was not able to defeat Madeline Schaefer’s 83. The Black team would go on to take the next three points, with Payton Potter, Susanna Johnson, and Natalie Jayne won their respective matchups. Scahefer was named the MOP for the event.

In horsemanship, Garnet once again started with the lead after Kiersten Beckner took down Ava Pratt on Tulip with a 70.5. Kendalyn Herlocker followed suit to put the Garnet team up 2-0 with her 65.5 on Willy topping Alyssa Jipping. Alexa Thorpe’s 69 on Layla was enough to beat Madison Hammon on Layla to give the Black team a point, but Carly Jenkins defeated Tierney Horton on Wrangler to give the Garnet team a 3-1 advantage. Thorpe was named the MOP, and the Black team headed into halftime up 5-4.

In fences, the Black team went undefeated 5-0 with Nina Columbia, Schaefer, Jayne, Maro Reppas, and Maya Clarkson all taking their matchups to put black up 10-5. Jayne was awarded MOP with her 87 on Joe.

The scrimmage came down to reining, with a back-and-forth battle starting with Emma Lane’s point on the Black team, followed by Chloe Stevenson’s victory for the Garnet team on Chexie. Claire Pound took the point for Black on Stoner, while Mary Margaret Coats rounded out the event with a point for Garnet on Magnum.

The Black team emerged victorious on the day, taking down Garnet 12-6.

South Carolina Equestrian will hit the road to take on Minnesota Crookston and Delaware State to open up the 2022-23 season on Friday, September 23rd. Fans are encouraged to follow along with in-meet updates on Twitter and Instagram, @GamecockEQ.