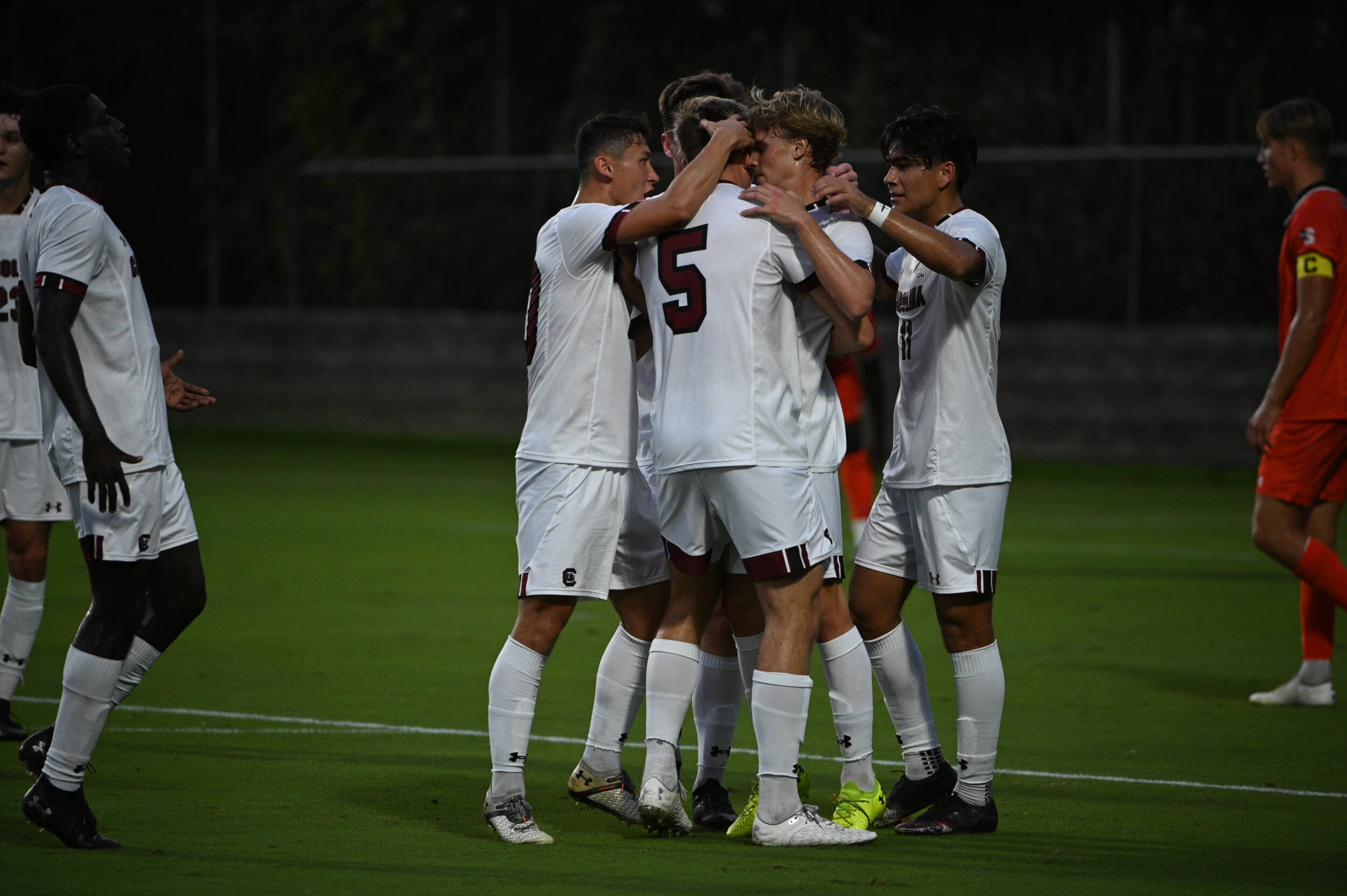 COLUMBIA, S.C. – Cristiano Bruletti’s goal in the 20th minute was all the Gamecocks would need as they took down the visiting Campbell Fighting Camels 1-0 Saturday night (Sept. 17) at Stone Stadium. Carolina’s record now stands at 3-3-1 on the season.

Although Campbell out-shot the Gamecocks 14-7, South Carolina finished with five shots on goal compared to three for the Camels, who made the NCAA tournament a season ago. Ben Alexander earned a pair of saves in goal for Carolina. Will Crain also earned a team save for the Gamecocks.

South Carolina came out on the offensive attack, putting up three shots in the first 15 minutes, two of which came on target. On the attack again, Rocky Perez made a little flick pass up the field to Logan Frost. Frost was able to find Bruletti out to the right with a touch pass behind the Campbell defender. Bruletti took one touch and blasted a shot from just outside the 18-yard box and into the upper right 90, for his first collegiate goal.

Campbell looked to have an opportunity to tie it up in the 28th minute. Alexander dove to deflect a pass by a Camel attacked through the box. The ball deflected directly to a Campbell player on the back post with what looked to be a wide open goal. Crain was there to earn the defensive team save as he denied the shot with his leg.

The Gamecock defense held the Camels to only one shot on goal in the second half. Their one shot on goal came in the 76th minute. Campbell found a wide open player on the back post, but Alexander was able to deny the shot.

South Carolina continues its homestand when it hosts Queens University of Charlotte Tuesday, September 20 at 7 p.m.