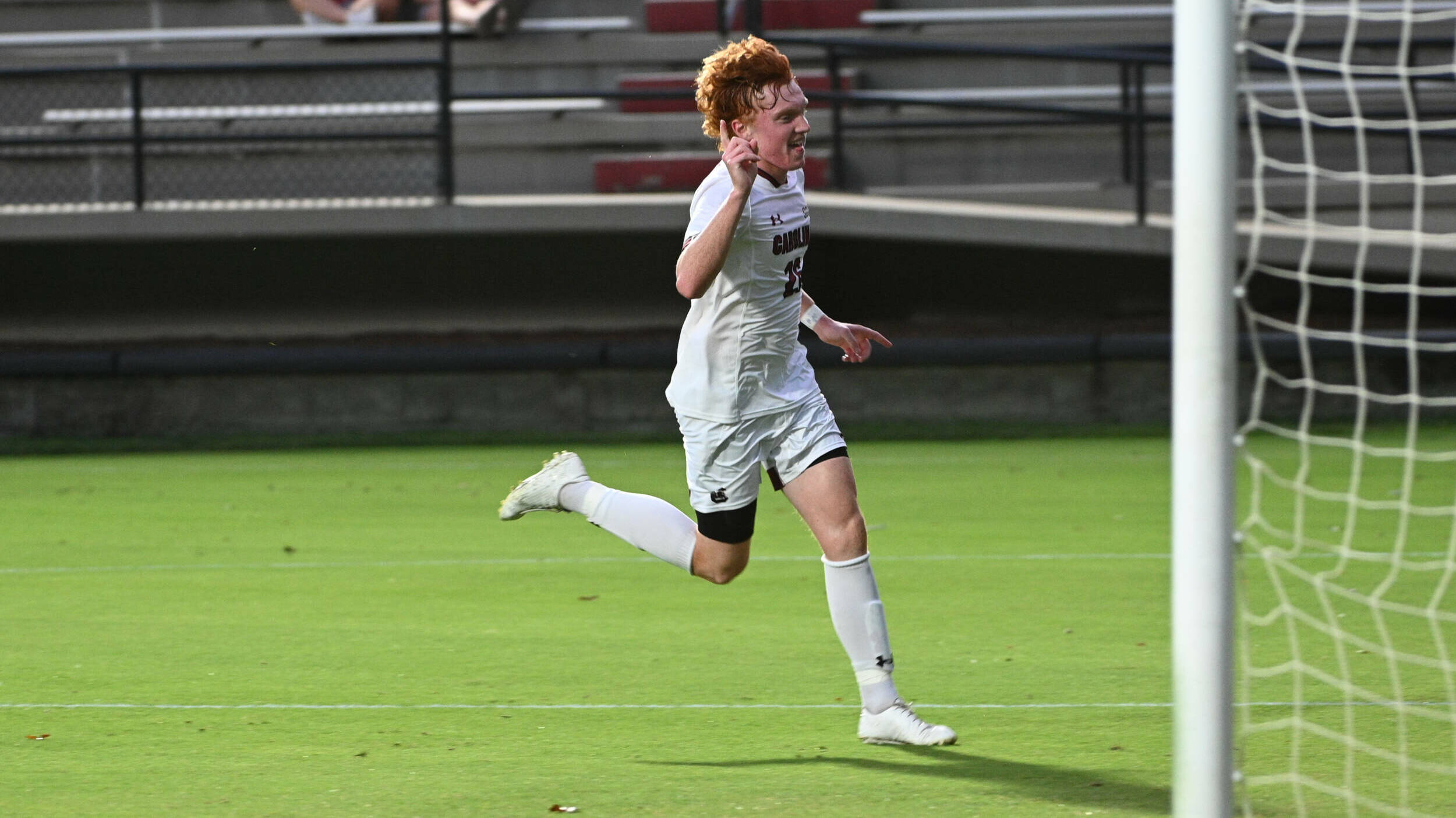 The Gamecocks out-shot the Royals 15-12 on the night and held a 10-5 advantage in shots on goal. Freshman goalkeeper Ben Alexander finished with four saves.

South Carolina opened the scoring six minutes into the match, its fastest goal of the season. Off a corner kick, the ball was loose inside the box where Junior Saint Juste was able to get his foot on it and swat the ball inside the far post. The goal was the freshman’s first of his career.

In the 20th minute, the Gamecocks used teamwork to add to its lead. Will Crain played a long ball from the defensive backfield to the attacking midfield, where Peter Clement headed the ball to a sprinting Luckhurst. He blew by his defender up the left side of the field and put his shot into the lower right 90 for his second goal of the season.

Four minutes later Luckhurst made an acrobatic play as he put home the rebound after a shot by Clement could not be gathered by the Royal’s keeper. It’s the second time this season a Gamecock has scored two goals and is also the second time a player has earned two assists.

Queen’s lone goal of the game came with under two minutes to play in the half on a shot from just outside the 18-yard box. The Gamecock defense held strong in the second half, holding the Royals to only one shot on goal.

Carolina opens Sun Belt Conference play when it hosts Georgia Southern Saturday, September 24 at noon. Admission to the match will be free.