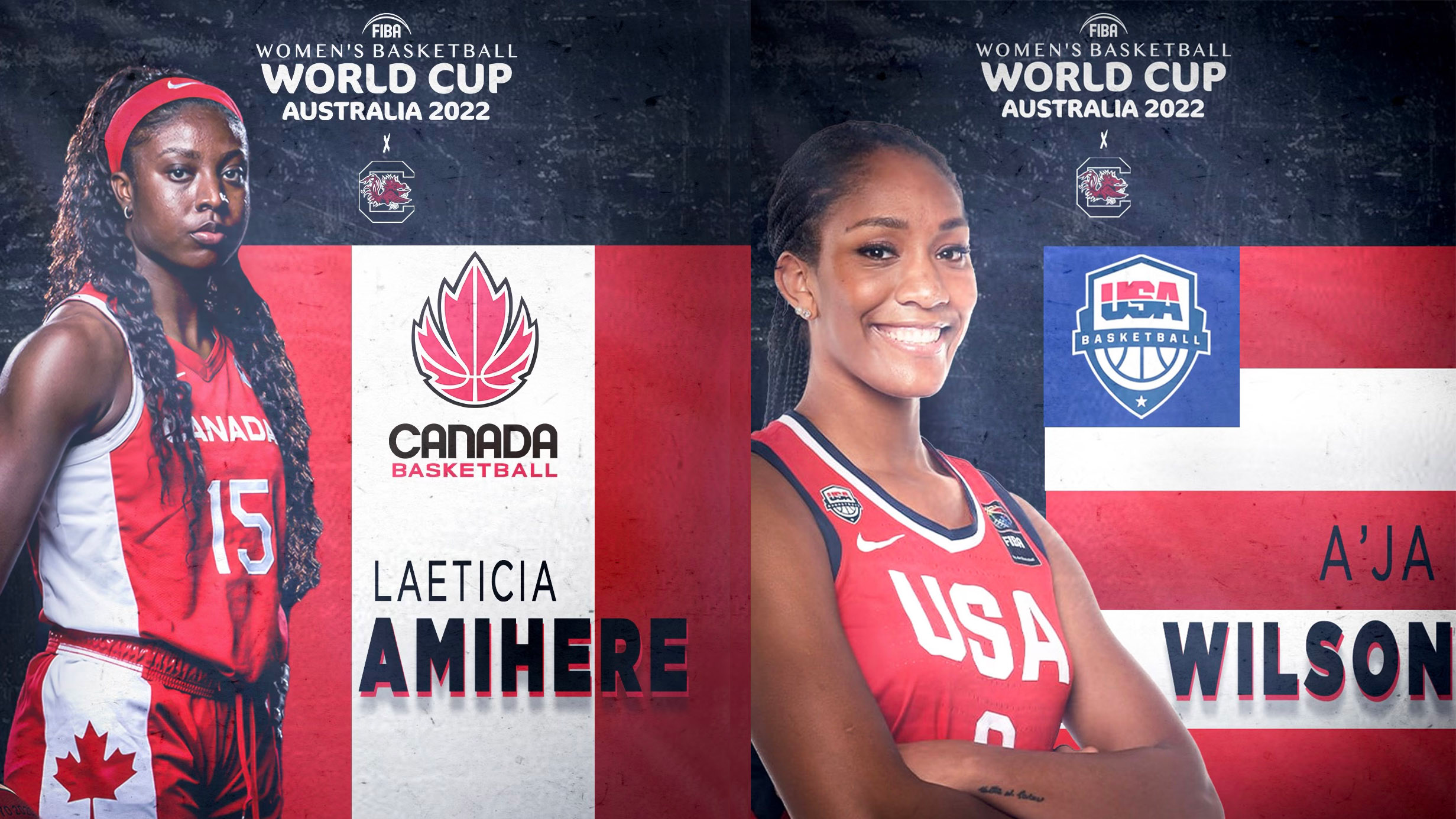 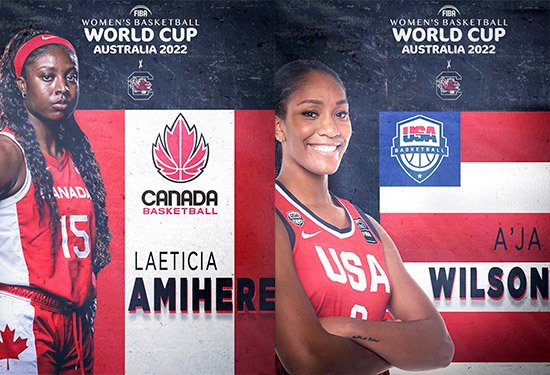 COLUMBIA, S.C. – Two Gamecocks will take the court in the 2022 FIBA Women’s World Cup, which tips off tonight. Senior Laeticia Amihere is making her World Cup debut with Canada, while South Carolina alumna A’ja Wilson is set to play in her second World Cup for the United States. Games will be available live on ESPN2, ESPNU or ESPN+ (check local listings).

Amihere’s first World Cup begins tonight at 11 p.m. ET with Canada taking on Serbia in Group B play. It marks the third time she will suit up for her home country’s senior national team in a major international competition, following her participation in the 2021 FIBA AmeriCup and the 2020 Tokyo Olympic Games. In all, Amihere has spent six years representing Canada on the international stage. In that time, she has claimed bronze in the 2017 U19 World Cup and gold at the 2015 U16 AmeriCup, and she also competed in the 2016 U17 World Cup.

Wilson will join the U.S. team later this week as she travels to Australia following the celebration of her WNBA Championship with the Las Vegas Aces. The American squad opens play in Group A tonight at 9:30 p.m. ET against Belgium.

In 10 years in the USA Basketball pool, Wilson has amassed five gold medals, including her first Olympic gold in the 2020 Toyko games and the 2018 FIBA World Cup. In addition to her team achievements, she earned USA Basketball Female Athlete of the Year honors in 2015 and was the MVP of the 2015 U19 World Cup and the 2014 U18 AmeriCup.

The 2022 FIBA Women’s World Cup features 12 of the best national teams in the world. The USA will look to win its fourth consecutive World Cup dating back to 2010.