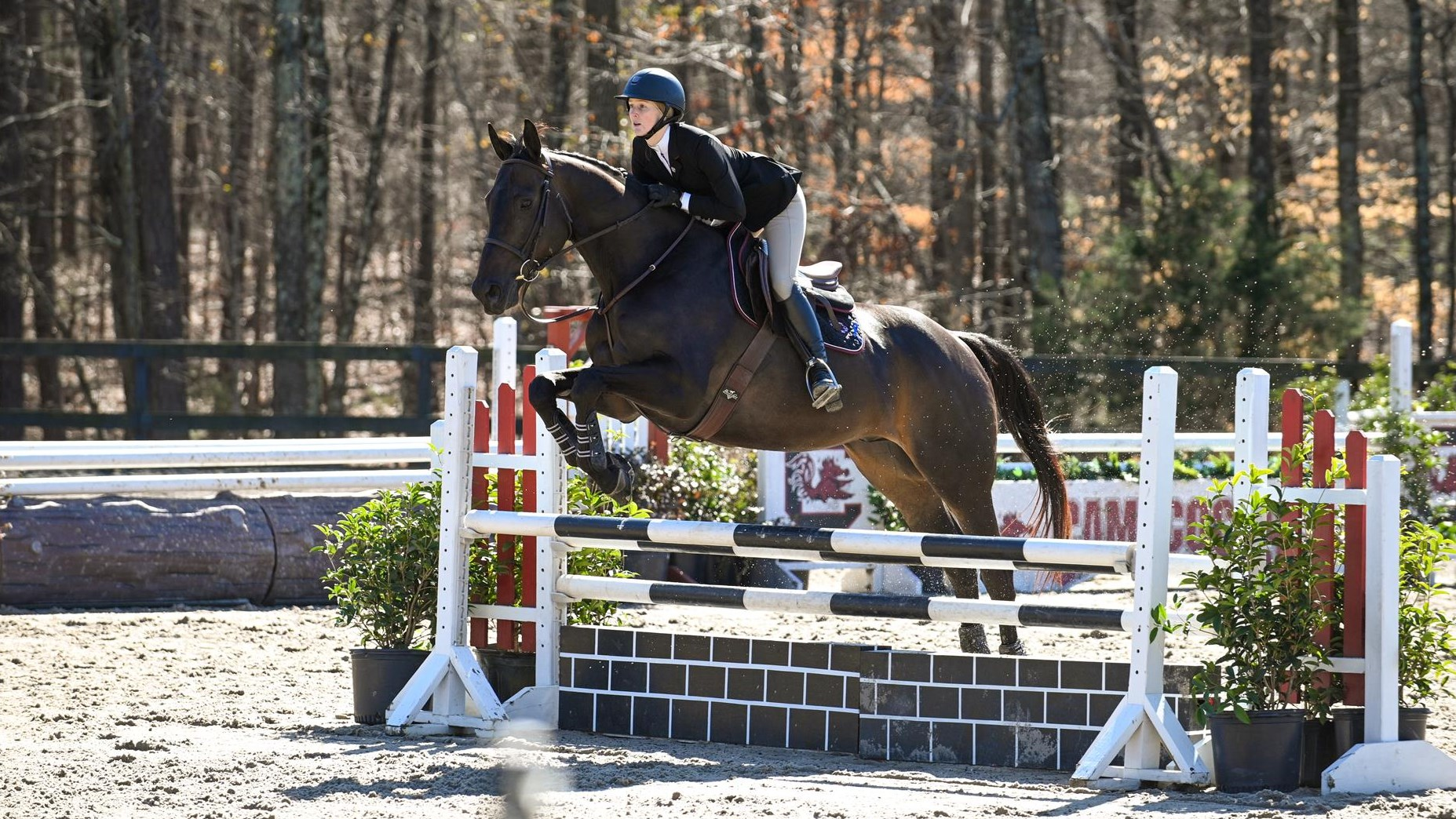 No. 10 Equestrian to Start Season in Delaware

The Gamecocks head into the season with notable returners, including those of 5th years Trinity Hammerschmidt and Maya Clarkson. Hammerschmidt took home NCEA All-America Second Team honors on the flat, making her just the fourth Gamecock to earn a spot on the first or second team for the discipline.

Both Clarkson and Hammerschmidt were named to the All-SEC Team on the flat, while returner Emma Lane received the nod for reining.

The Gamecocks got into action this past week in the bi-annual Garnet & Black scrimmage, with Black securing the 12-6 victory over Garnet.