Joyce Compton retired from coaching in 2010, and while South Carolina softball’s coaching legend no longer spends a lot of time on buses with a couple of dozen student-athletes, she does still travel a bit as she likes to get out of town in her RV.

“I got out to Arkansas to a national park out there in Hot Springs and a few other places there,” Compton said. “I’m just doing whatever comes my way. Some of my favorite places are the state parks here in our state. I like going to the coast, like Myrtle Beach.

“I got the RV in 2020. I started mostly doing the local stuff, then in 2021 I started going down to Florida. Then I went up to Connecticut, Maine, and Arkansas. Next year, I’m planning a big trip out west for a good portion of the summer. It’s been a nice investment”

She may have retired more than a decade ago, but Compton has had a pretty remarkable year. After having her jersey retired at a Gamecocks softball game last spring and being named to her high school alma mater’s Hall of Fame in New Jersey, the former softball coach will be inducted into the University of South Carolina Athletics Hall of Fame sponsored by the Association of Lettermen later this month.

“I was somewhat surprised,” Compton said. “It’s a great honor. It’s something you don’t even think about until you get a call.”

Getting the call was a no brainer, however. Compton retired in 2010 after 24 years at South Carolina with a 951-486-4 mark, making her the winningest coach in school history. Her overall career record of 1,066-563-4, ranked 10th in wins among all NCAA softball coaches regardless of division and ninth in Division I history at the time of her retirement. Compton guided the Gamecocks to the NCAA Tournament 13 times including two trips to the Women’s College World Series, was a five-time Region Coach of the Year and was inducted into the National Fastpitch Coaches Association Hall of Fame in 2002. She led the Gamecocks to SEC regular season and tournament titles in 1997 in the inaugural year of it being a league-sponsored sport. The Gamecocks also won the tournament in 2000. 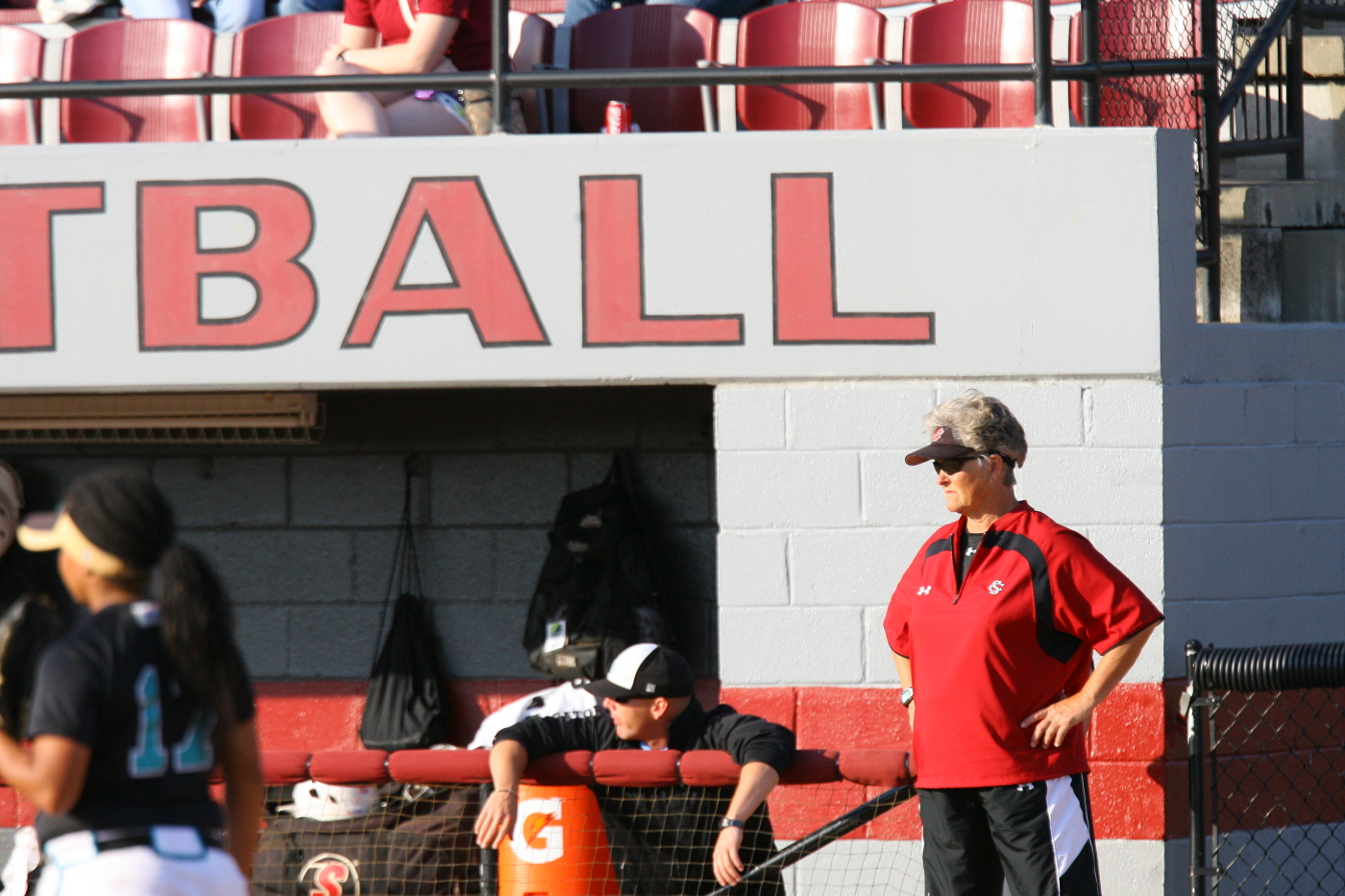 “I was just fortunate enough to have some longevity in doing what I did and having some great players who helped with that.”

With all of those accolades, Compton is not one to pat herself on the back.

“I really enjoyed doing what I did,” Compton said. “I was just fortunate enough to have some longevity in doing what I did and having some great players who helped with that.

“One of the memories that pops out is the 1997 year, with so many firsts between the SEC and everything else. But really, it’s all the individuals throughout the years who made my job easier. There were people that played every day, others that were All-Americans, others that didn’t play every day or hardly played, and they meant a lot. I was fortunate to have good coaches around me that really made my job easier. It’s hard to put my finger on one thing. Of course, getting to the World Series those years and also getting to the Super Regional (2007). That (2007) season, we weren’t expected to do anything. We came into our region seeded fourth, but we got to host because N.C. State didn’t have the (required) facilities then. That was one of those years where, if we had a doubleheader, we’d win one and lose one. We did that all season. Then we got hot at the right time. It’s those kinds of things that stick out. It’s the little times with the players, whether it’s on the bus or in the hotel or something like that.”

Now that she has been out of the game for some time, Compton isn’t itching to be back on the diamond.

“I miss the field coaching on game day, but anything else that’s involved; nuh-uh.” Compton said with a laugh. “I’ve never been a fan of sitting and watching games, whether it’s recruiting or our games. It’s much more fun being a coach and having a say in what’s happening. It’s just hard to sit and watch a game, but that’s nothing new. That’s how I’ve been the whole time.”

One thing she is ready to enjoy is being back on campus for the Hall of Fame weekend.

Don’t be surprised if she brings the RV.