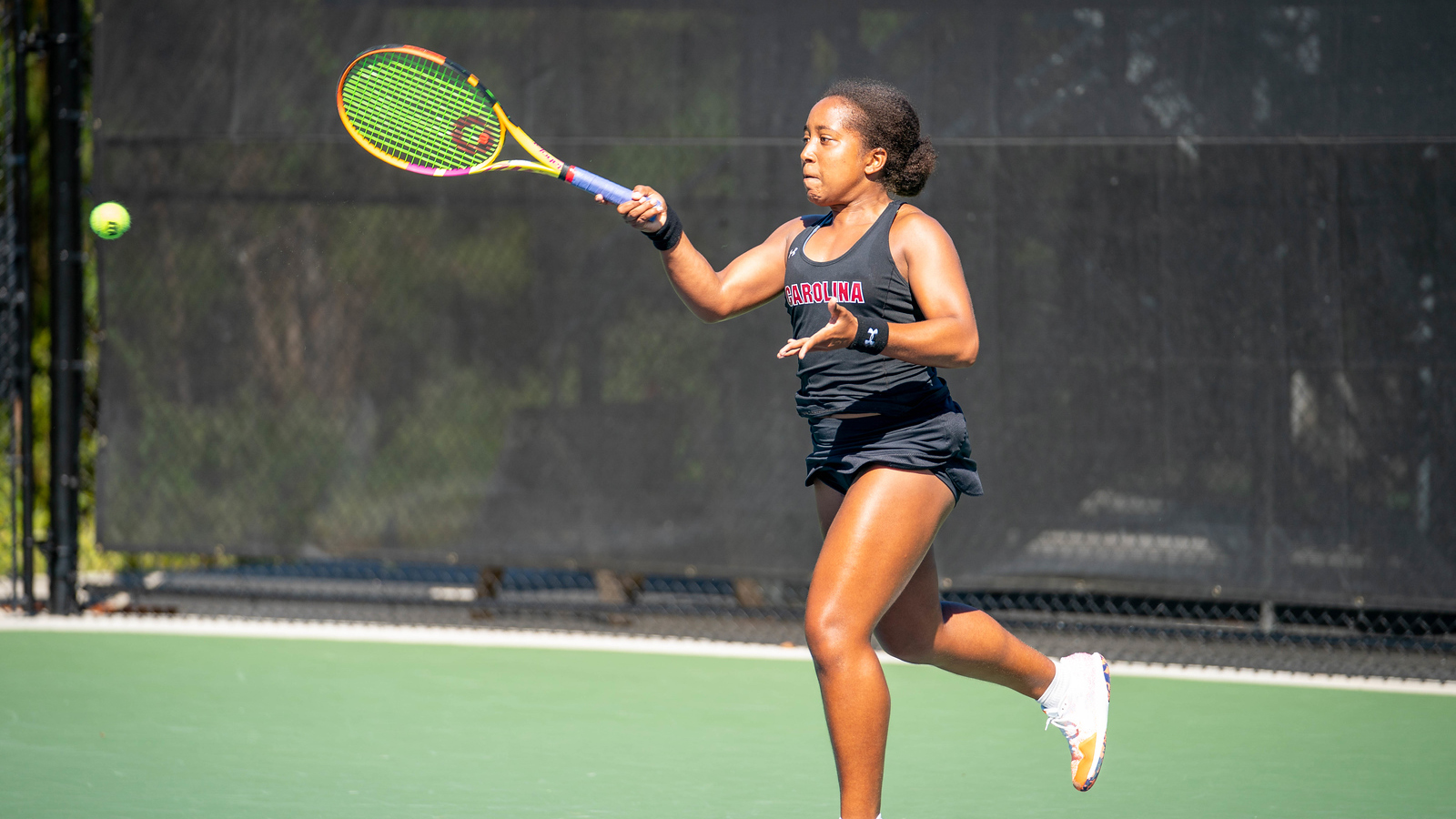 Akli started the day in singles where she took down No. 17 Kari Miller of Michigan in the main draw consolation round of 16. Akli earned her win in straight sets, taking the first in a tiebreaker 7-6(3), and the second 6-4. The Gamecock will advance to tomorrow’s consolation quarterfinals where she will take on NC State’s Amelia Rajecki.

In doubles, Akli and sophomore Sarah Hamner faced off against No. 16 Maria Budin and Diae El Jardi of Rice. The Gamecocks earned a hard-fought win in the first set 7-6(2) but dropped the second set 4-6. With the match evened, the third set was played as a ten-point tiebreaker.

The final set tiebreak was a battle with no pair ever holding more than a two-point lead throughout. The set was back and forth but the Gamecocks ultimately came out victorious with a 12-10 tiebreak score. They will battle against No. 22 Patricija Spaka and Domenika Turkovic from Arizona State in tomorrow’s quarterfinal match.

Also in singles on the day, Hamner was bested by North Carolina’s No. 21 Fiona Crawley. Crawley took the match 6-3, 6-4.

The All-American Championships will continue in Cary through Oct. 9. Main draw matches will be broadcast on the Cracked Racquets Crosscourt Cast and the Town of Cary will provide live stats and streaming through Playsight.

Main Draw Singles Round of 16

Main Draw Singles Consolation Round of 16

Main Draw Doubles Round of 32