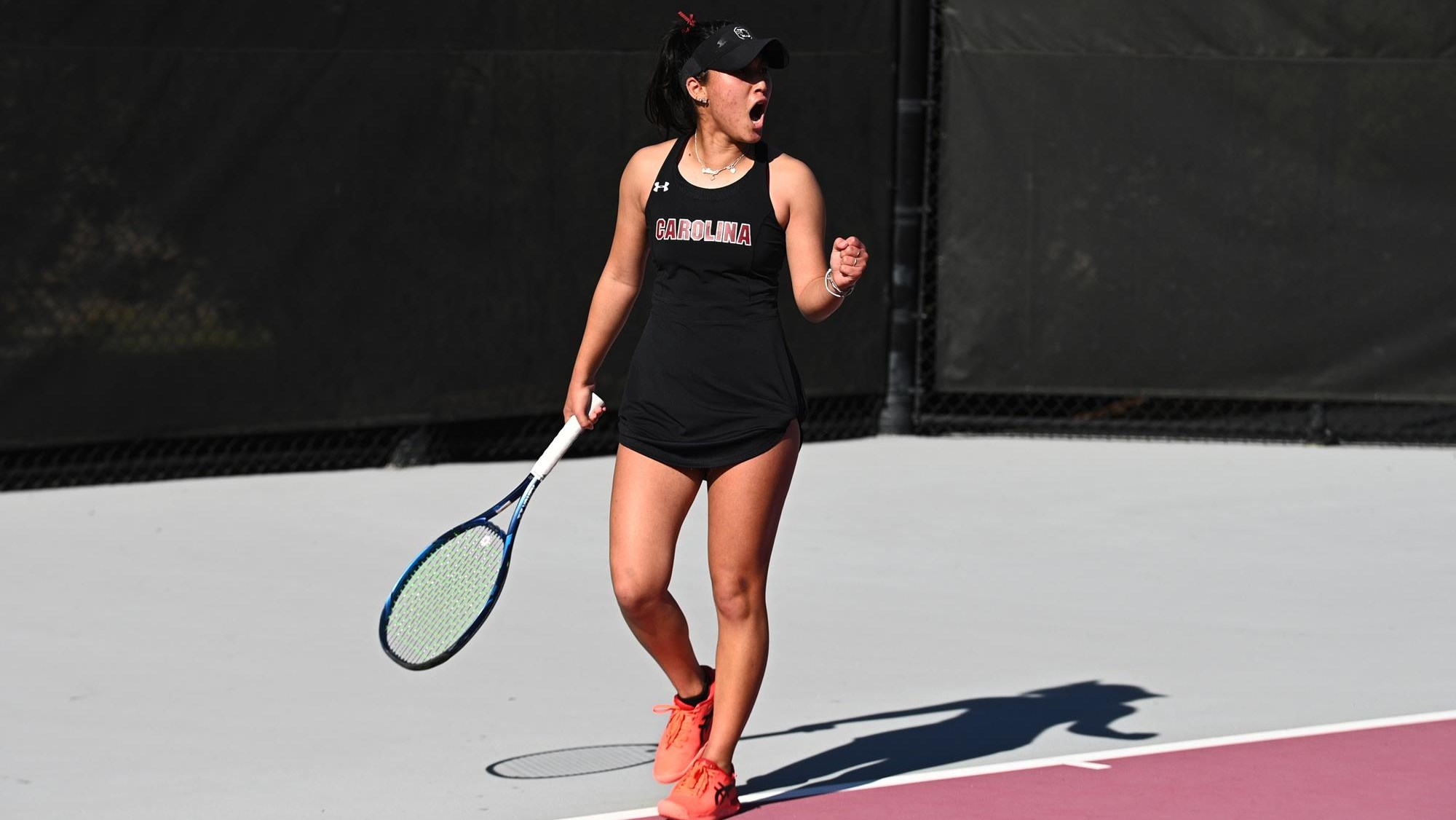 Senior Ana Cruz and sophomore Misa Malkin both picked up where they left off in singles from the previous day of competition. Both Gamecocks earned straight sets wins in the Singles A1 Draw Round of 32, giving them both three singles wins so far at the tournament.

Also in the A1 Singles Draw was senior Ayana Akli who earned a win from behind over Coastal Carolina’s Victoire de Samucewicz. The Chanticleer took the first set 6-1 but Akli evened the match with a 6-2 second set. The Gamecock secured the match with a 6-1 win in the third set.

In the A2 Singles Draw, Sarah Hamner and Elise Mills both tallied straight sets wins to advance to the quarterfinals of their draw.

The lone Gamecock in the B1 Draw was freshman Annie Jennings who advanced on a walkover due to injury.

The Gamecocks were not quite as successful in doubles on the day, winning only two of their six matches. Both wins came in the A2 Doubles Draw Round of 16. The first win was a dominant 8-1 showing from Cruz and Akli. The pair then fell in the quarterfinals to the nation’s No. 3 pair Anya Brylin and Brooke Killingsworth of Wake Forest.

South Carolina’s second doubles win came from Mills and Malkin who took down Arina Babkova and Reagan Mitchell of UNC Greensboro in the Round of 16, but fell to Cameron Morra and Chloe Beck of Duke in the quarterfinals.

Play will continue at the Regional Championships on Saturday beginning at 9 a.m. Full draws and match times can be found on the tournament webpage. Selected matches will be live streamed here and court assignments can be found here.

A1 Draw Singles Round of 32

A2 Draw Singles Round of 32

B1 Draw Singles Round of 32