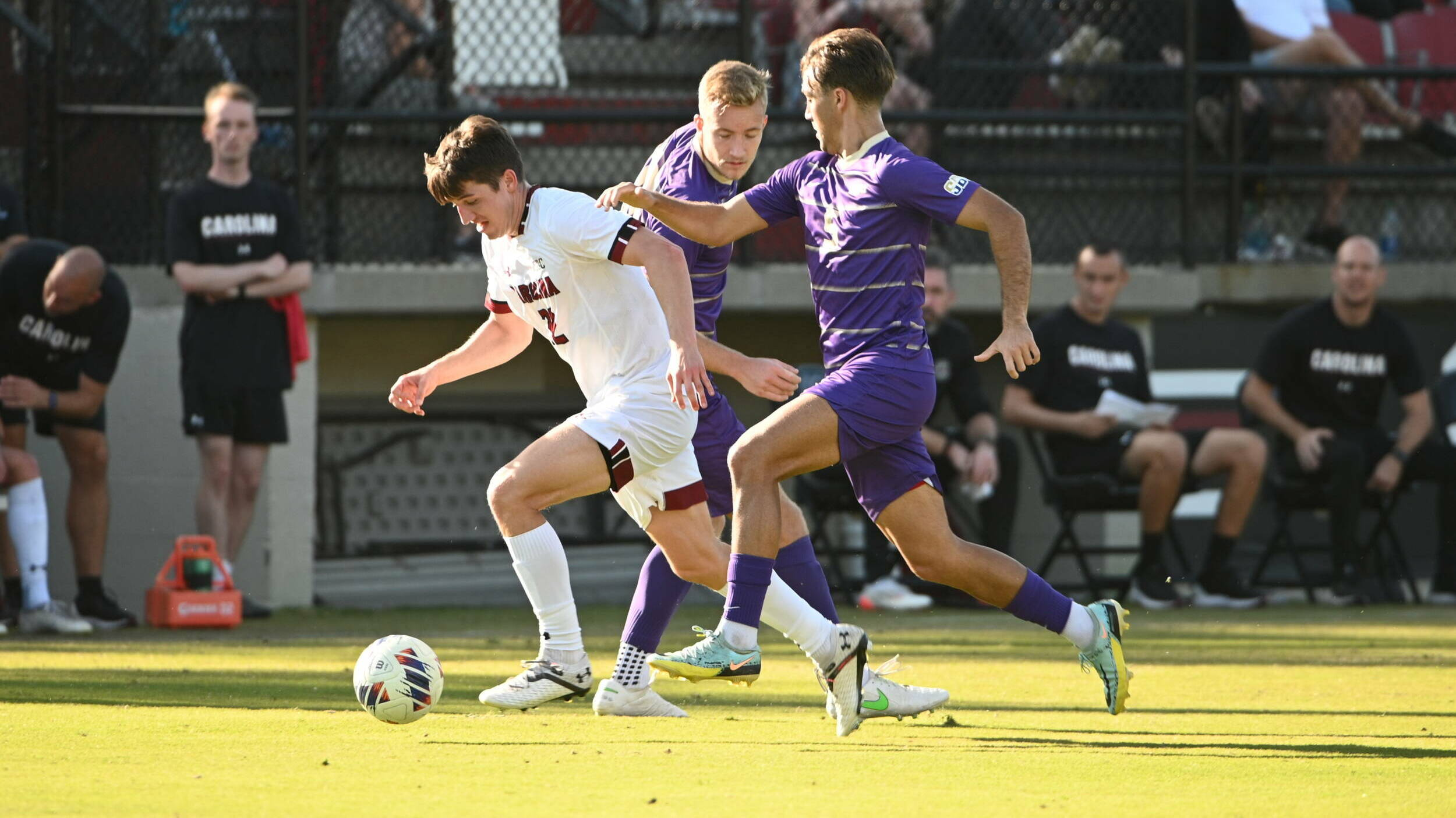 Gamecocks Pick Up a Point With a 1-1 Draw

For the match, the Gamecocks out-shot the Dukes 17-10, including a 6-2 advantage in shots on goal.

Carolina would put the first shot on goal of the match in the 5th minute by Parker League. Ethan Dekel Daks also nearly put one home in the 21st minute.

James Madison went out in front when the Dukes scored in the 33rd minute off a crossing pass into the box.

The deficit wouldn’t last long, as the Gamecocks answered in the 42nd minute. Cristiano Bruletti sent a long pass into the right side of the 18-yard box that found League. League made a quick pass to the center of the 8-yard box that found Adam Luckhurst, who buried it home for his team-leading fourth goal of the season. It was both League’s and Bruletti’s second assist of the season.

The Gamecock defense pressured JMU the entire second half, conceding just three shots. The lone James Madison shot on goal came in the 69th minute, as goalkeeper Ben Alexander made a spectacular diving save. South Carolina had to play the final three minutes of the match a man down when Junior Saint Juste was sent off for a second yellow card. Carolina did not allow a shot attempt in those final minutes, including denying a pair of corner kick chances for the Dukes.

70′ I @benca1exander with a beautiful diving save to keep it tied up in the second half.
🐔 1 I 1 👑#WEareCarolina pic.twitter.com/0m1OHLGiGZ

South Carolina heads out for its final road trip of the regular season when it travels to Georgia State on Friday, October 28, with kickoff set for 7 p.m.